WE Does Not Include YOU

Did you ever have this experience as a kid? You’re nine, or ten—or twelve—years old, and you’re running in a hallway or doing some other thing that makes adults nervous, and an adult you’ve made nervous stops you and says:

“Oh, we never run in the hallway.”

And you think to yourself:

What’s with the WE? I clearly do run in the hallway, sometimes. How has WE been construed, here, in such a way as not to include ME?

Savannah’s story finally hit the New York Times. I do think Savannah demonstrated some granite-hard courage. I do think that whoever it was who turned off the microphone exhibited some remarkable—but not at all surprising—cowardice. Given a healthy dose of Benefit-of-the-Doubt, I can imagine this microphone-killing person fearing that this twelve-year-old girl’s public confession of sexual identity could harm her in ways she didn’t yet appreciate, and, so, killed the microphone as a mercy. But, apparently, Savannah’s parents were present, and, apparently, the microphone-killer did not consult them, even with a look, before deciding not to allow Savannah to speak. So the Benefit-of-the-Doubt draught does not much satisfy.

Kudos to Savannah. I expect she’s going to make the world a better place, and I expect she doesn’t need me to explain, justify, or defend her.

Just a note, then, on one melody in the complaint song thrummed up by the neo-orthodox LDS-Mormon chorus.

The NYT’s story on the event included a statement from Scott Gordon, president of FairMormon, who characterized Savannah’s testimony as “a clear case of hijacking a meeting”. Gordon’s complaint is indicative of an effort to justify turning off a twelve-year-old’s microphone in mid-sentence as a necessary defense of the gathering, itself.

“Stop right there, young lady,” says Gordon, or whichever other very nervous adult, “in our meeting, we never say that our sexual identity is not a mistake.”

Whose meeting? How has meeting been construed, here, in such a way as not to include Savannah?

Gordon may be right that this “isn’t about a girl… struggling with her sexuality, or about how a Church leader handled it”. For one thing, it doesn’t seem that Savannah is ‘struggling’. But, anyway, the responsible discussion that is open to those of us for whom Savannah and her ‘handler’ are perfect strangers has to do with claims over who constitutes we.

Savannah’s courage directs our attention to the fact that LDS church meetings operate in order to reinforce privilege and power rather than to facilitate communion, either of people with each other or of people with divinity. From each congregation’s concession to a three-part, three-hour Sunday prescription, to the convention-bound placement of bodies in the chapel, to the rigid forms of our praying and singing, to our shockingly narrow selection of devotional material, LDS-Mormon meetings are greased and polished clockworks that resist all variation, invention, and inspiration. LDS-Mormon meetings have been shaped over decades to give predictable comfort and security to some LDS-Mormons, and LDS-Mormon rhetoric has grafted notions of divinely-granted authority onto its comforting traditions, so that all may be welcome in an LDS-Mormon meeting, but some in these meetings are more we than others.

Savannah’s LDS-Mormon critics who insist that “testimony meeting is not the place to come out” reveal their nervousness over an act that challenged their ownership of the meeting. Savannah’s sexuality really is beside the point, since any number of things send neo-orthodox LDS-Mormons into a panic that they might not be in control.

WE don’t sing OUR testimonies, for instance. That one was spoken from the pulpit in a meeting of my own congregation. In this case, authority was not so obtuse as to turn off the microphone on the congregant who did sing her testimony. But the authoritative statement, immediately after the earnest singing, confirmed that only some get to decide what we do. If you do sing your testimony, the simple fact of “active” LDS-Mormon life is WE does not include YOU.

Now, some, I expect, will object that individual stake presidents, or bishops, or branch presidents, etc., do not get to determine what is appropriate for an LDS-Mormon meeting. This objection is patently false. I am certain that Savannah would not have lost her microphone in meetings of congregations of which I was a part, once upon a time, in New York City and in Wisconsin. In some few times and places, candid humanity survives, in spite of the dehumanizing power of Correlation.

That the general principal is, nevertheless, so—that matters of propriety in LDS-Mormon meetings are sent down from higher up the hierarchy—does not excuse the drones of their bad behavior, it only condemns authority all the way up the pyramid. And maybe the condemnation is worse the higher one goes. How much greater the shame when prescriptions are imposed on a congregation by people living thousands of miles away who have never spent a day with that community of faith? How much greater the shame and condemnation in the presumption that one spiritual practice, of one rigid form, will surely suit everyone, planet-wide? That presumption surely divides people who might otherwise live in joyful faith families, segregating congregations into categories of “behaved” and “not-behaved”.

For many Mormons, LDS-Mormon meetings are spiritual deserts, barren of sanctity, because particular, sectarian preferences have become institutionalized throughout the church’s power structure to reinforce that structure before doing anything else. Many Mormons experience LDS-Mormon meetings as dreaded labors—tedious, trying, unsatisfying tasks—because the meetings have been so fixed to affirm sectarian authority that they no longer can allow any genuine revelation.*

*The neo-orthodox LDS-Mormon retort that a person who doesn’t “feel the spirit” in a meeting must be “out of tune with the spirit” bluntly dismisses the possibility that forms of worship that are dictated by a stranger pose a problem. It’s another maneuver to protect sectarianism in LDS-Mormonism. And just another variation on WE does not include YOU. 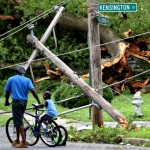 June 4, 2017
Toxic Theology: There Are No Coincidences
Next Post 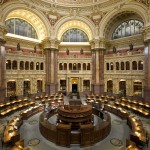 June 25, 2017 Toxic Theology: Learning Doesn't Matter
Recent Comments
0 | Leave a Comment
Browse Our Archives
get the latest from
Latter-day Saint
Sign up for our newsletter
Related posts from Aestheism