It was a dark and stormy night, y’all.  The phone rang, and Celia called to me from the front of the house because I don’t carry a phone and we don’t have a landline, so it was her phone, ringing.

The voice on the other end was anxious and curt.  The next thing I know, I’m waiting in a dark and stormy corner of the Crosstown Concourse’s abandoned parking ramp, waiting for a sign that I didn’t get the time or the place (or both) wrong.

Then, a noise.  Like a bonobo, foraging.  And someone behind me.

“Don’t turn around,” he said.  Something like a spring whisk jabbed me in the back.  The blood in my veins turned to ice.

“Call me Uzzah,” the faceless voice hissed. “I want your readers.”

Then, I was puzzled.

“I have five readers,” I sputtered, wringing my hands. “Three of them live in my house and read my blog only to humor me.”

He reached around and pressed something into one of my wringing hands.

I had a thought.  It was a rare event.

“I know that name—god struck Uzzah dead with a bolt of lightning for trying to steady the ark.”

There was a dark and stormy silence.  Then, from what I imagined were deep shadows behind me:

“Look to Ashdod and Beth Shemesh.”

The dark and the storm settled on the abandoned garage, and there was nothing else.

In my hand, I found a folded sheet of paper on which was written a list.

For my five readers, here is everything that was written on the paper that the furtive person known to me only as Uzzah gave me on that dark and stormy night in an abandoned parking ramp.  As nothing more than a messenger, I offer no endorsement or challenge to Uzzah’s list below.

I’m certainly not inclined to point out that everybody involved in moving the ark, back in Uzzah’s moment, was doing it wrong.  And I wouldn’t dare suggest that Uzzah seems to have been the only one in the misbehaving bunch who was willing to sacrifice himself to prevent the ark from cracking open.

With Ashdod and Beth Shemesh on the record, we don’t need Harrison Ford to tell us what happens if the ark cracks open.

– Ordain Women
– Put Women in Every Kind of Church Office (in an Affirmative Action sort of way)
– Cease All Opposition to Same-Sex Marriage
– Legitimize Gay Identity, by, among other things, Authorizing Clergy to Solemnize Same-Sex Marriages
– End Ideological-Doctrinal Excommunication
– End Correlation
– Excise All Misogyny from the Temple Endowment Ceremony
– Eliminate ‘Worthiness’ as a Theological Premise
– Open the Finances Completely, Wholly, to the Public
– Disavow Capitalist Enterprise as an Ecclesiastical Objective
– Impose a Ten-Year Term Limit on All Levels of General Authority Service
– Forbid All General Authorities from Acquiring Property and from Entering into Any Business Contracts During Their Ten-Year Tenures
– Relocate HQ to Mexico City
– Create an Office of Church History Whose Personnel Cannot Be General Authorities
– Create an Office of Church Theology Whose Personnel Cannot Be General Authorities
– Stipulate that the General Authorities Must Sustain, as a Matter of Revelation, the Findings of the Office of Church History and the Office of Church Theology
– Sever the Institutional Relationship with BYU, BYU-I, BYU-H

Editorial Note: I agree with all the trolls that the pseudonymous author of this list ought to be made to walk the plank.  I offer this list in the hopes that its pointless audacity will discourage others from openly expressing any notions that are in conflict with the interests of those in LDS-Mormondom who can mete out ecclesiastical punishment. 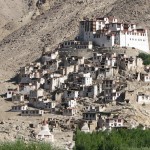 October 17, 2016 Where to Go? Destinations and Mormon Shame
Recent Comments
0 | Leave a Comment
Browse Our Archives
get the latest from
Latter-day Saint
Sign up for our newsletter
Related posts from Aestheism