A Guy’s Take on “What Your Husband Isn’t Telling You” October 10, 2012 jamespence

Mutual understanding and communication are the best way to strengthen a marriage. But what’s a wife to do if her husband won’t talk?

It is no big secret that most men have difficulty understanding and expressing their feelings. It’s also no surprise that this frustrates women, who tend to be very good at getting in touch with their own feelings. Indeed, many marital problems can be traced back to a breakdown in communication between husband and wife. Scores of books have been written about how to remedy this situation. David Murrow’s new book, What Your Husband Isn’t Telling You: A Guided Tour of a Man’s Body, Soul, and Spirit, takes a unique approach to resolving this problem.

In the introduction, Murrow writes: “I want you [wives] to understand the powerful forces that shaped your man, and the currents that roil him every day. I want to teach you how to be honest with your husband as a way of helping him to be honest with you.” The approach is a good one. If wives can at least understand why their men think, feel, and act the way they do, perhaps they can encourage them to open up and step out of their “cages of self protection.”

The book unfolds in five sections. Part One develops Murrow’s basic premise, that “every fear, dysfunction, and insecurity in a man’s life flows from either an overdeveloped or underdeveloped need to provide or protect” [emphasis mine]. The next three sections give an overview of how the provider/protector instincts impact a man’s body, soul, and spirit, respectively. Finally, Part Five offers suggestions for wives about how to “free” their husbands’ bodies, souls, and spirits.

The first thing to keep in mind when reading this book is that Murrow paints with a very broad brush, and that by doing so he opens himself up to the charge of stereotyping. However, he’s up front about this concern and addresses it in the introduction: “You may also feel at some point I’m stereotyping the genders….I can’t very well write a book about men without drawing some general conclusions about them.” Murrow’s broad brush paints both ways. A few paragraphs later, he writes, “I will spend a lot of time describing women behaving badly in this book. Does this make me a woman basher? Absolutely not. But sometimes a woman contributes to her husband’s dysfunction without realizing it.”

So, understanding that Murrow’s insights are given in general terms, what did I, as a guy, think of it?

First, I have to confess that I am an atypical male. I don’t, as a rule, like sports. I’m not into hunting, fishing, camping or other “guy stuff.” As a matter of fact, I find most of these things slightly less pleasurable than a root canal. Given the choice, I’d take a Broadway show over a baseball game any day of the week. I’m artistic, musical, and my emotions lie close to the surface.

Thus, you might think that I wouldn’t identify with this book.

On the contrary, I found that many of the author’s statements resonated deeply with me. And, even though I’m definitely not the typical male, I saw myself described in these pages.

I’m not sure about the validity of anthropological theories (e.g. Provider / Protector) that Murrow uses to support his assertions about why men think the way they do. However, I do believe that—broad brush notwithstanding—he paints an accurate picture.

Murrow’s stated goal in the book is to depict “what average guys (Christian and non-Christian) think all the time but never tell their wives.”

I believe he accomplished that goal.

Having said that, I believe the book falls short in practical application.

In all fairness to the author, he explains up front that the book is intended to be “more descriptive than prescriptive” [emphasis his]. His goal is to help wives understand what makes their husbands tick, not to provide specific solutions. Nevertheless, in chapters 15 through 17 he goes on to offer a number of suggestions for wives who want to help set their husbands free from their cages of self-protection. Some of the suggestions are good; others, I thought, are simplistic at best.

I think some—perhaps many—women will consider the suggestions sexist, and discount the content of the book because of that.

That’s unfortunate, because I believe that What Your Husband Isn’t Telling You can give wives a generally accurate window into a their husband’s mind, heart, fears, and struggles.

Ideally, wives and husbands will read this book together and discuss it. That’s what my wife and I are doing.

Because mutual understanding and communication is the best way to strengthen a marriage.

October 9, 2012
The Secret Power of a Book Trailer
Next Post

October 11, 2012 What Teen Girls Learn from Seventeen
Recent Comments
0 | Leave a Comment
Browse Our Archives
get the latest from
Family
Sign up for our newsletter
POPULAR AT PATHEOS Family
1 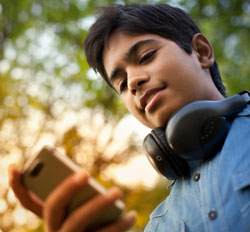 Family
Are You Prepared for the Man God has...
A Few Grown Men
TRENDING AT PATHEOS Family