When Men Don’t Control Themselves

I love watching football.  I used to love playing it when I was in high school.  Football is an emotionally intensive game.  Most coaches encourage players to play with a high level of emotion because it amplifies a player’s ability to perform.  However, I have noticed a trend among many players today, even professionals.  These players play at such a high emotional level that they cannot control themselves.  Their uncontrolled emotional responses on the field often lead to dumb penalties and mental mistakes which hurt their teams.  These players are unable to keep themselves from breaking the rules even when they know it will result in a penalty.

The truth is men who cannot control their emotions hurt their families as well.  I encourage young men to be passionate about life; to care about things.  I want my son and my future son-in-law to be passionate about things that matter in life; social injustices like prejudice, discrimination, and racism; or crimes against humanity such as abuse, genocide, and human trafficking.  Men who are passive and apathetic waste their gifts and never lift others up to greater heights.  But I also want them to be able to appropriately control their emotions.  I don’t expect them to be robotic or even stoic, but I don’t want them out of control and allowing their feelings to cause them to make snap judgments and decisions.  I do not want them making decisions based solely on how they feel at any given time.  Doing this causes men to say and do hurtful things to those they love when they are angry.  It causes them to satisfy their lusts in inappropriate ways when they feel justified in demanding instant gratification.  It causes them to be self-indulgent when they want an appetite satisfied/fulfilled.  This emotional immaturity is destructive to them and the people around them.  When men can’t (or won’t) control themselves, bad things happen.

Excerpted from, Rick Johnson, That’s My Teenage Son: How Moms Can Influence Boys to Become Good Men, by Revell, 2011

April 8, 2013
One Simple Switch that Guarantees Results
Next Post 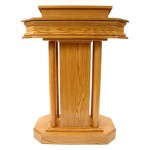