In anticipation of Father’s Day the following is Part 1 of a two-part article on the effect of father’s on daughters.

Fathers have an incredible influence (positive or negative) on nearly every aspect of their daughter’s lives.  Recently I read a chapter from the book, Silent War, by Henry J. Rogers.  In this chapter the author interviews five women who have been victimized by the sex trade industry (pornography, strippers, prostitution, adult movies, etc.).  Even though not all of the women, or even the author recognized it, it was clear that every woman interviewed was in that situation due to the actions or inactions of their fathers.

The Effects of Fatherlessness on Women

A common theme among women who did not have a father is the inability to trust a man, and not believe that he won’t abandon them.  Counting on and loving a man is a leap of faith, because for these girls a permanent relationship with a man is theoretical.  Fatherless women tend to test the men in their lives by starting fights, finding flaws, or expecting to be abandoned.

Fatherless girls also tend to idealize their absent fathers.  Women who fall into the trap of comparing their husbands and boyfriends to the ideal image they have created of an absent father are always disappointed.  Not because the men are inadequate, but because the women have distorted images of fathers and men.  Likewise women with absent or poor role models for fathers are often more loyal towards them than those with positive role models.  For instance, women with fathers in prison or abusive fathers tend to idealize them and overlook their many faults, even replacing those faults with fictionalized accounts of their good deeds and positive attributes.  The parent who is absent always has the advantage of never being found imperfect.  Fatherless girls tend to imagine good and valid reasons why their fathers have abandoned them rather than face the devastating fact that they might not love them.  They project sterling qualities upon them and imagine romantic notions as to why their fathers are not interested in them.  They make excuses for them long after being proven wrong.

Another common trait among these women is an anxiety about being dependent upon a man and not being able to support themselves.  They have been taught that they cannot trust or depend upon a man.  Other characteristics of fatherless women are sexual anxiety and the desire for older men who exhibit paternal characteristics.

Daughters though who have had the benefit of healthy father involvement, are more independent, self-possessed, and more likely to assume responsibility for the consequences of their actions.  Father-deprived girls show precocious sexual interest (they are three times more likely to become pregnant out of wedlock then their fathered counterparts) and have less ability to maintain sexual and emotional adjustment with just one male.  Without a father, girls must learn about boys without a man’s perspective.  They are like sheep without a shepherd.  Without his influence and guidance even the most normal male activities may seem bizarre and strange to her.

Without a father around to provide a role model, healthy physical affection, and protection for her, a girl is left to the examples of manhood she sees on television, the movies, and music videos—by all accounts very poor options.  Fathers can act as filters for much of the “noise” our culture throws at her—without that filter girls are stressed and bewildered.  They are left to the mercy of the young men (many of whom never had fathers either) who prowl around her like packs of wolves.  Without a model of how a woman and man interact together, a girl is left on her own to learn about the mysterious and frightening world of males—she doesn’t have the real thing at home to watch and examine.  One fatherless woman said, “I was fascinated by men.  I wanted to please them, therefore I compromised some of my values”.  Another stated, “I was begging for any man to love me.  I never believed anyone would love me if they knew me.  I sought any attention I could from men – time, touch, promises.”

The sad truth is many women in our country are damaged by the absence or uninvolvement of their fathers.  As men we need to make it our mission to protect all women and children, not just our own daughters.  Too many women have grown up to be victimized by men to satisfy their own self-indulgent needs.

It broke my heart to learn that between 100,000 to 300,000 girls are kidnapped and sold into the sex industry here in the U.S.  Many of these are “throw-away” kids from foster homes or drug families.  Many have been sexually abused from a young age.  But some are daughters just like yours and mine who were in the wrong place at the wrong time.  The average age of these girls is 14-15 years old.  They are generally transported across several states and sold multiple times.  Once captured and traumatized it is nearly impossible for them to escape on their own.  Imagine what it feels like to be in this situation and believe no one cares about you except to use you as a commodity.

Men, we cannot stand by and let this kind of thing happen to the girls and women of our time on earth.  To find out what you can do, watch for Part 2 next week.

Excerpts from Rick’s book, The Power of a Man, by Revell Publishing.  To find out more go to: www.betterdads.net 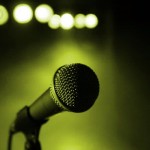 June 10, 2013 Lessons learned from drunk kings and naked women
Recent Comments
0 | Leave a Comment
Browse Our Archives
get the latest from
Family
Sign up for our newsletter
POPULAR AT PATHEOS Family
1