King Herod was his name, and he did plenty of things wrong. That’s why I like this story. Herod acted just like any other guy is prone to act, including me.

On his birthday, maybe about 30 A.D., King Herod threw a big bash for his high officials and military commanders, all the leading men of his region. Picture a huge stone hall filled with the smell of steaks and beer. The music was loud. The jokes were thick. The one about the farmer’s daughter from Nantucket kept getting told. You get the drift.

In the middle of the party, Herod called for dancing girls. It was the ancient Mediterranean equivalent of a girl popping out of a cake. Salome was Herod’s niece, and she had all the stuff drunken men like to see. Salome danced for the guys, and this was the type of steamy Eastern dancing that held nothing back.

“You can have anything!” Herod bawled to the girl. “I’ll give it to you! Whatever you want, up to half my kingdom!”

She went out and asked her mother for advice, and here’s where the story takes a twist. Salome’s mother, Herodias, nursed a grudge against a wilderness preacher named John. Outback John had been saying some things Herodias didn’t like, so Herodias saw this as her big chance to get even. “Tell the king to bring you the head of John on a serving dish,” she said.

Herod was in a real jam. He, by contrast, liked John and wanted to protect him. But because of the oaths Herod had made, and his need to look good for the drunken boys’ club, he granted the request.

Out went the executioner, and in came John’s head on a plate, oozing blood, attracting flies, and starting to stink. Party over.

Here’s what a man needs to know:

1.      Herod’s downfall that night began harmlessly enough. He simply made a few compromises. Not big ones. He just threw a party with his buddies and got plastered. Hey, it happens.

2.      Drinking too much and looking at nude girls made Herod stop thinking logically. In the heat of the moment, with his brain turned off, he was willing to toss away what he valued. Ever known a man to do that?

3.      When the high was over and Herod came to his senses, he experienced profound regret. Not to mention that his actions irreparably harmed others.

Safeguard your life against moments when logic turns off.

“I really enjoyed this book. Shifty Powers was my best friend, and this book has captured his voice exactly.” 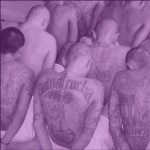 June 12, 2013 Gangs fathering the fatherless
Recent Comments
0 | Leave a Comment
Browse Our Archives
get the latest from
Family
Sign up for our newsletter
POPULAR AT PATHEOS Family
1