Is father love welcome in the church?

Is father love welcome in the church? July 24, 2013 David Murrow

Mark Driscoll, pastor of Mars Hill Church in Seattle and founder of the Acts 29 church-planting network, has endured withering criticism from both conservatives and liberals, Christians and non-Christians, even as his church has become one of the largest and most influential in the nation.

Mars Hill has been compared to a cult. Left wing outlets such as Slate and Huffington Post have been scathing in their critiques. There’s an entire web site devoted to Driscoll’s downfall, recording every controversial statement the church planter utters.

Megablogger Rachel Held Evans called Driscoll a “bully” for poking fun at the effeminacy of some worship leaders, and launched a letter writing campaign against him. A number of prominent pastors have called Driscoll to account for his occasional swearing, including Ed Young and John MacArthur, who declared the Seattle pastor, “unfit for the ministry.” Driscoll recently managed to offend every preacher in England by calling them “cowards.”

As I read the critiques, a question keeps popping into my head: Wouldn’t people accuse Jesus of these same things if he were to walk among us today?

In fact, they did.

Read John 10:20: Many of them said, “He is demon-possessed and raving mad. Why listen to him?” Even his own family thought he was insane, and tried to take charge of him (Mark 3:20). Christ and his disciples so angered people they lived under constant threat of arrest and death.

Discipleship has always upset people. It still does today.

The point of this blog entry is not to justify everything Mark Driscoll says, does or believes.  The accusations lodged against Mars Hill Church by former elders, if true, are disturbing to say the least. And simply being controversial is no sign of Christlikeness.

Whether you agree with Driscoll’s methods or not, a larger question remains: Is Mark a bully, or is he loving people exactly as Jesus did – with a “father love” we no longer recognize as love?

Many believers see God as a two-act play: the ferocious Old Testament God and the gentle New Testament God. The fire-and-brimstone God of the ancients has been replaced with gentle Jesus, meek and mild. It’s almost as if God was “born again” after the book of Malichi.

But the Bible presents just one God, and He is often just as “mean and wild” in the back of the book as he is in the front. Both God the Father and God the Son are plenty harsh throughout the New Testament. Here are a few examples:

Reason with me. Did God love Jesus? The crowds? The Canaanite woman? Ananias and Sapphira? The Pharisees?

Yes, yes, yes, yes and yes. And this is how he treated people he deeply loved. He dealt with them through deprivation. Rebukes. Insults. The death penalty.

What’s going on here? How could God be so mean to people he loved so intently? People he wanted to bless? People whose repentance he sought?

He was practicing father love.

Father love is like a vaccination: it causes momentary pain, but promotes long-term health. We hate to be on the receiving end of a needle, but we know we need it. And we’re better for it.

We are a generation of Christians nursed on mother love. We expect God to bless us, comfort us and accept us as we are. Our sermons, songs and self-help books reinforce this idea. We expect nothing but kindness from fellow believers, and when we are treated harshly in the church we freak out. Instead of examining our own lives, we default to the role of victim. “He couldn’t possibly be speaking for God, because he was so unloving,” we think. We often judge the appropriateness of another believer’s actions not by sober assessment – but how those actions make us feel about ourselves.

Now don’t get me wrong. We need mother love in the church. We must comfort the hurting. Men in particular need to learn to be gentle, patient and kind.

Yet as wonderful as mother love is, it will never propel us to something higher. If we are accepted as we are we will never change. If we are comforted but never challenged, our lives will accomplish little.

Young men crave father love. Why do they join the football team? The Army? Street Gangs? The mosque? These are among the few venues where men can still find the unyielding style of love they cannot find any more (one in three boys is raised in a father-absent home).

Of course, not all harshness is love. There is no place in the church for abuse, misuse of authority and egotism. When church leaders consolidate power and surround themselves with sycophants, this is a sign of danger.

But we must also recognize that love doesn’t always make you feel good. Sometimes love comes wrapped in barbed wire.

It’s been a long time since the church offered this kind of love. It can be dangerous to a pastor’s career. Members might leave. Donations could plummet.

How can we introduce healthy father love back into the church? First, we must grapple with these fundamental questions:

The next time you hear an account of some pastor who’s in hot water for saying or doing something controversial or hurtful, withhold judgment. Get the facts. And consider the possibility that this leader may be exercising a kind of love that’s frightening but necessary. A kind of love that young men respect – and desperately need.

Mark Driscoll is human. He’ll make mistakes. I’d encourage you to judge him not by the latest controversial thing that pops out of his mouth – but by the tens of thousands of young men who are following Jesus because of his ministry.

Please comment below. See what 23 other commenters said on the Church for Men blog. Or join the conversation on our Facebook page.

July 26, 2013 What Does a Man Look Like?
Recent Comments
0 | Leave a Comment
Browse Our Archives
get the latest from
Family
Sign up for our newsletter
POPULAR AT PATHEOS Family
1 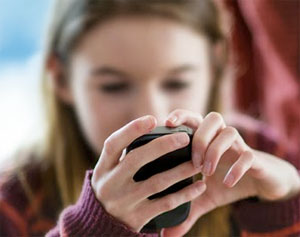