A lot of men (mostly young men) tell me that they don’t feel like a man.  They don’t even know what that looks like.  I tell them, “If you want to feel like a man, then you have to act like one.  If you wait until you feel like a man before you start acting like one, you’ll never discover your true masculinity.”

As men we are performance based.  That means (at least in our minds) what we do, is what we are.  Of course the question that follows is, “How do you act like a man?”  The short answer is that authentic masculinity is not selfish—it uses its strength and passion to better the lives of those who come in contact with it.  It provides, protects, and empowers those who cannot do so for themselves.  It is not passive, indecisive, or complacent.

Many boys, having grown up without fathers or with poor male role models, have stumbled through life trying to figure things out on their own.  They yearn for mentors (an older male) to teach and show them what healthy masculinity looks like—a model they can be both comfortable with and feel proud of.

The problem is that we have allowed several decades of people who are not males determine what masculinity should be like.  Mostly, we have allowed women (generally women who don’t like men very much) to dictate how men should act, think, behave, and even feel about themselves.  This has promoted an agenda of ‘softening’ masculinity so that it looks more feminine than what many men are comfortable with.  Many boys and young men do not even know they have been “re-programmed” this way.  They just know they don’t feel very comfortable.  Men and boys are now struggling in numerous areas of life.

This ‘shift’ has emasculated traditional masculinity for many men without giving them a healthy alternative to turn to and has created a generation of young men who are confused as to what their roles in life consist of.  Many men I speak with are confused about whether or not they are actually a man.  They want to know when they will know they are a man.  They know something is missing, they just don’t know what.  They want to be a man and rejoice in their masculinity, but they somehow feel ashamed and inadequate.

Of course, not all the changes to masculinity have been bad. Young fathers (at least those that stick around) appear much more willing to parent their children and openly show affection to their families then in generations past.  They are more willing to spend quality time with their families.  Men are more willing to do their share of housework, especially if their wives work outside the home.  Young men are more in touch with their emotions and this is good for them and everyone around them.  In no way do I think these traits make them any less manly than their counterparts of previous generations.  In fact, those changes may make men even more manly in that they are using more of their masculine power to lift up the lives of others.

When I was growing up two actors who epitomized authentic masculinity to me were Chuck Connors in The Rifleman, and Clint Walker who starred in the TV series Cheyenne and a bunch of pretty good movies.  Both men were large, physically strong men, who played roles of being decent men with good values.  They lifted up the lives of those around them just by their presence.  Their families, friends, and communities could depend upon them, trust them, and know that they would always do the right thing for the right reason when need be.  They were men and they weren’t ashamed of it. 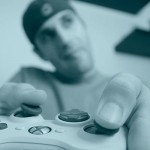 July 22, 2013 Go Ahead, Dude, Read that Novel
Recent Comments
0 | Leave a Comment
Browse Our Archives
get the latest from
Family
Sign up for our newsletter
POPULAR AT PATHEOS Family
1

Here’s What Your Man Is Really Thinking
If we want to improve our relationship with the man we love,...
view all Family blogs
What Are Your Thoughts?leave a comment
Copyright 2008-2021, Patheos. All rights reserved.