While most TV sit-coms make fun of men or make them look like bumbling idiots (i.e. – The Simpsons, Family Guy, Everybody Loves Raymond, Two and a Half Men, etc.), the long running animated television show King of the Hill was slightly different.

The show revolved around Hank Hill, a middle-class, red-necked, middle-aged white guy living in a small suburban town in Texas.  The show’s writers did spend a large amount of time ridiculing the main character.  But for all his shortcomings (he was a bit stiff-necked, and would probably be considered somewhat both racist and misogynistic by most progressives today), Hill epitomized some of the most important traditional character traits that men have exhibited over the past several centuries.

Hank was a very decent man—he never cheated on his wife or betrayed a friend.  He had a strong work ethic and was very loyal to his workplace, friends, and family.  He provided for the needs of his family even at his own expense, and had a strong protective urge regarding his family and community.  He was a man of faith with traditional values.  He was dependable and you could always count on him to do the right thing.  He believed in the good and decent values that have made America the greatest country to ever exist.  If you needed someone to help you at 2:00 am in the morning, Hank Hill was the man to call.  Hank epitomized the average, decent, middle-class man in America through most of the last century or so and even today in some areas of the country.  A strong case can be made that this type of masculinity built the US into the greatest country in the history of the world.  Hank Hill was a protector, provider, and “provisioner” for his family, friends, and community.  Frankly, some of my long-time friends remind me a great deal of Hank Hill.  But I’m afraid we might be a dying breed.

So why the cultural urge to make fun of a man like that—is he such a threat to certain special interest groups in power today that they feel compelled to if not outright destroy this type of masculinity, to at least marginalize it to the point that it has no influence whatsoever anymore?  Is it our natural desire to break away from patriarchal authority?  Or is it another example of the fallout of political correctness run amok?  Has our culture become so jaded and cynical that character traits like honor, integrity, and faithfulness have become fodder for antiquated, hopelessly foolish old dinosaurs who have outlived their usefulness?

Even though masculine roles in our culture are changing rapidly, perhaps some of the traditional roles of masculinity are still important even today.  It seems to me that some of the roles men have fulfilled for thousands of years (providing for and protecting his family for one) are good, even today.  And research shows that when fathers abandon their children they struggle in virtually every aspect of life.

Part of the challenge of determining a new kind of masculinity (since everyone seems to believe the old masculinity was so bad) is to keep the good parts of males while improving on those areas that could use some change.  The struggle that many men face today (especially those who grew up with no positive male role models) is what is a man and what is my role in life?

We will explore those issues in Part 2 next week. 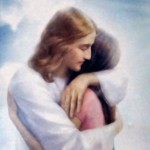 July 10, 2013
Why we call it "a personal relationship with Jesus"
Next Post

July 15, 2013 Give this plan 5 minutes each morning, and it'll give you a new life
Recent Comments
0 | Leave a Comment
Browse Our Archives
get the latest from
Family
Sign up for our newsletter
POPULAR AT PATHEOS Family
1

The Allure of Self-Sacrifice
There are few things as fascinating as the reality of self-sacrifice. Most...
view all Family blogs
What Are Your Thoughts?leave a comment
Copyright 2008-2021, Patheos. All rights reserved.