An Open Message to Men on the Warfare They Face

Guys, we need to stop being ashamed of being men.  Virtually every behavior that is natural to a man is now being criticized and we are made to feel ashamed about being the male gender.

Perhaps if we spent more time uplifting men instead of trying to annilate masculinity, we’d have better men.  I recently posted this comment on a social network site:

Not a huge fan of Men’s Health Magazine, but this ain’t bad advice-
“You can’t be a topnotch man unless you’re deeply grateful. For what? Glad you asked. For the gift of your gender. For those muscles in your back. For those neurons in your brain. For your mirth. Your lust. Your courage. For your possibilities. A man in full appreciates the twist of fate that made him so strong, so cunning, so stalwart, so alert, so sexually skilled, so fully equipped, so good to go. Live the appreciation, by using it all.”

The point was that men should have an attitude of gratefulness.  Is there anything wrong with a man being grateful?  Hardly—I’d say it’s one of the foundations of authentic masculinity.

Men were almost embarrassingly silent regarding the post, but a number of women responded with snarky comments like, “so humble” or “vain,” or “very prideful.”

Really?  Are we so threatened by passionate, proud masculinity that we (as a culture) are programmed to immediately take steps to keep it squashed down.  After all, if we can keep men ashamed of themselves, we can keep them docile.  And docile men are easy to control.  We’ve raised a generation of docile sons and we now call them slackers.  If I had posted a note encouraging women to be proud of how they were created I’d have been lauded as an enlightened and highly intelligent human being.

In the past, men’s conferences such as Promise Keepers were met with criticism and distain by the media and women (even Christian women).  They were portrayed as men getting together to plot and scheme with some ulterior motive to dominate or control women, putting them back under the thumb of oppression.  Recently a Christian men’s conference focusing on inspiring men to act more manly has been heavily lambasted by Christian men and women in the media as being chauvinistic and rather stupid.  Comments such as “Why do men need a conference to teach them how to be men anyway?” were cavalierly tossed about intending to humiliate the men who attended (yet interestingly national and local conferences that teach women how to live fulfilling and satisfying lives as wives, mothers, and women are thriving).  As a culture we seem to be highly threatened when groups of men get together so we do all we possibly can to demolish (or at least integrate with females) men’s clubs, boys groups, or any other male-only domains.  After all, we wouldn’t want men getting together without the supervision of a female—who knows what might happen?  When men have gotten together in the past they’ve only done things like, oh, put a man on the moon, or write the Constitution and Bill of Rights for the greatest country ever created in the history of the world.

Men are damned if they do and damned if they don’t.  If they make no efforts to improve themselves they are criticized as being lazy and self-centered.  If they do try and improve themselves by learning from other men they are accused of trying to usurp a woman’s rights and it’s assumed that there must be some nefarious motive behind what they are attempting.  And when they do good and right things (like the young Catholic men in the photo above who were praying together to protect a Catholic cathedral from vandalism) they are mocked and chastised.

Guys don’t buy into it.  You need other men in your life.  Learn from them what healthy (and unhealthy) masculinity looks like.  And when you make mistakes (which you will) learn from them and don’t be ashamed.  If you are not making mistakes (and getting criticized by someone), you’re not accomplishing anything.

Now go out and figure out how to accomplish something great! 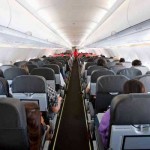 Family
God and The Walking Dead
A Few Grown Men 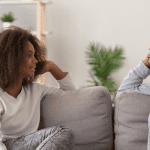