The Saddest Story in the Bible

No one falls in love because it’s the smart, practical thing to do.  One of the more tragic love stories of the Bible is that of David and Michal.  After slaying Goliath, David became a famous and handsome young man admired by many.  This made King Saul jealous and he decided to try to kill David.  After finding out that his youngest daughter Michal was in love with David, Saul offered to give David her hand in marriage.  In an attempt to get others to do his dirty work for him, Saul then proposed that David bring him 100 foreskins of the Philistines as payment for his daughter’s hand—something he figured would surely get David killed trying to accomplish (given the fact that those were something the Philistines were pretty intent upon keeping).  In typical David fashion, he returned and presented Saul with not just 100, but with 200 Philistine foreskins and Saul had no choice but to allow him to wed to Michal (1Samuel 18:20-27 NIV).

Nothing is said in the Bible about David’s feelings for Michal, but clearly she loved him dearly.  At one point when Saul was coming to kill him, she warned David to leave and then deceived the guards into thinking he was in bed ill in order to give David time to get away (1Samuel 19:11-17 NIV).  As David remained a fugitive, Saul gave Michal to another man (Paltiel) in marriage (either as punishment for her deception or just to get even with David) 1Samuel 25:44 NIV.  After Saul was killed and David became king, he eventually bartered with his enemies to get Michal back.

The Bible doesn’t say how long David and Michal were separated, but her new husband wept when she was taken away.  David apparently hadn’t gone to any great lengths to try and rescue her and she may have fallen out of love with David by that point.   For whatever reason, Michal soon developed feelings of contempt for David.  Later, when David brought the Ark of the Covenant into the city, wearing a short sleeveless linen garment, he joyfully led the procession “leaping and dancing before the Lord.”  As Michal watched him from her window it says, “…she despised him in her heart” (2Samuel 6:16 NIV).  That’s a pretty strong statement of a wife’s feelings toward her husband.   The following passages document as heated and bitter an exchange between the two as any argument that couples engage in today:

When David returned home to bless his household, Michal daughter of Saul came out to meet him and said [sarcastically], “How the king of Israel has distinguished himself today, disrobing in sight of the slave girls of his servants as any vulgar fellow would!” (2Samuel 6:20 NIV)

David said [indignantly] to Michal, “It was before the Lord, who chose me rather than your father or anyone from his house when he appointed me ruler over the Lord’s people Israel—I will celebrate before the Lord.  I will become even more undignified than this, and I will be humiliated in my own eyes.  But by these slave girls you spoke of, I will be held in honor.” (2Samuel 6:21-22 NIV)

And then in a verse that is one of the saddest I’ve ever read and speaks volumes about the future they shared together it says, “And Michal daughter of Saul had no children to the day of her death.” (2Samuel 6:23 NIV)

We don’t know if Michal was jealous of David dancing partially clothed in front of the slave girls or if she felt his behavior was beneath the dignity a king should exhibit and reflected poorly on her.  Regardless her scorn and contempt of David led to a relationship that did not produce any children (perhaps as punishment for her pride or because they did not sleep together again).  Clearly Michal did not have the relationship she wanted and her love for David, once so promising, soon wilted like an unwatered flower.

January 30, 2014
Learning from the Beyonce Super Bowl
Next Post 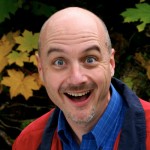 February 5, 2014 Join me at my new Patheos blog
Recent Comments
0 | Leave a Comment
Browse Our Archives
Related posts from A Few Grown Men