All That Sure Is Change…

All That Sure Is Change… February 23, 2012 Adrian Monogue

There is a saying I used to hear growing up in a coven and around the pagan community as I grew up. That saying was ” All that sure is change…“. It was a saying that was used to imply that the Wheel of the Year moves on and so does the cycle of our lives. It was a saying that was offered to people to provide comfort; to ease them into (sometimes drastic) changes they had recently undergone. Words have a lot of power and meaning, especially to those who follow the path of Paganism as their religious preference. We are told to choose our words wisely in a variety of ways. After the recent events of my life I am reminded of this saying, and I do find myself taking solace in it. Death is one of the most profound changes that occurs within life.

The pagan view of death (at least the one I was taught) is a very interesting one. I was taught that the Soul or Monad does not die. That death is only the end of the rhythm of this lifetime and the beginning of a new one (The Hermetic Law of Polarity). I also think that this mirrors the scientific laws of conservation of mass and energy. The bodies of incarnation are discarded when they are no longer required, but the monad is immortal.

To the monad, each incarnation is like a day’s work. Leaving the physical-etheric body behind can be compared to taking off our overcoat, leaving the emotional body behind is like taking off our clothing, and leaving the mental body behind is like taking off our underwear. We return to our causal body (soul) completely naked to sleep for a while before awakening the next morning to get dressed again for another day’s work. We begin each new incarnation by putting on our underwear (mental body), our clothes (emotional body) and our overcoat (physical-etheric body). After a long hard day at work we are tired and our overcoat is worn out, so we take it off and head back home to sleep.

There are some changes that forever alter, shift, or change the very reality we live in. The last year has brought me a lot of changes and difficult times. Most recently, I went through one of the most profound changes in my life. It was a grandiose change that shook the very foundation of my reality and the realities of many of the people whom I care deeply about. This change was like an earthquake or some other cataclysmic natural disaster. In essence, I had just undergone the direct effect of the Tower. Even the traditional meaning of the card seems to have a direct correlation to my life right now.

In a moment, it is over. The Tower is rubble, only rocks remaining. Stunned and shaken to the core, the Fool experiences profound fear and disbelief. But also, a strange clarity of vision, as if his inner eye has finally opened. He tore down his resistance to change and sacrifice (Hanged man), then came to terms with Death (Death); he learned about moderation and synthesis (Temperance) and about power (The Devil). But here and now, he has done what was hardest: he destroyed the lies of his life. What’s left are the foundations of truth. On this he can rebuild himself.

I am on the tail end of the event that led to the destruction of my tower in my life and I am finding myself making some startling realizations about the truths that are left behind in the rubble. I find myself questioning exactly what I have found in my reality and what I have found within myself. Not to be cliche, but I certainly feel that I have passed over a threshold or through a doorway into a new and different part of my life and taken up a new path. I also realize now that as I reflect upon the changes that the Tower has brought about, that I can never go back to the person that I was before. I find myself aware that I have taken the first step, and I am now contemplating what second step I should take. And in a surreal moment of clarity I realized that the changes that affected my reality had also affected me. I had changed. I am different. One of the things I had wondered in my mind was “How did I get through it all? ” or “How did I manage to keep it together during this?” . And then this quote popped into my head:

“Be not afraid of greatness: some are born great, some achieve greatness and some have greatness thrust upon them”. – (Quote Act II, Scene V, Twelfth Night by William Shakespeare).

I realized that I had been put in a very difficult situation and found myself being tested by it. It was by this test that I was able to experience the Tower and its effect. When you are faced with that kind and level of change – you really find out what you are made of and what you can really do. There is a kind of humility when you become aware of who you are and what you are capable of due to the inescapably of the truth that is behind that realization. It felt like I moved mountains (with a lot of help) over this past two weeks, and found myself in a lot of situations I never wished to be in. I can only hope I am never in this kind of situation again, but I can say this though: I am grateful to my father, and to the Lord and Lady for this chance to learn what kind of Priest and man I am now and might become in the future. I think that might be one of the best lessons I could ever learn. 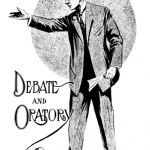 February 22, 2012
Overview of the PantheaCon Gender Debate
Next Post 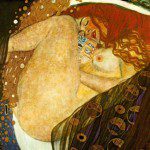 February 23, 2012 Druid Thoughts: The Art of Consent
Recent Comments
6 Comments | Leave a Comment
Browse Our Archives
get the latest from
Agora
Sign up for our newsletter
POPULAR AT PATHEOS Pagan
1