Naturalistic Traditions: All Things May 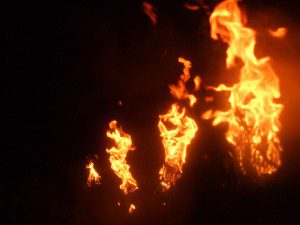 What can a naturalist celebrate in May?

May 4th is a Cross-quarter.  That is, it is the midpoint between the previous equinox and the upcoming solstice.  As such, it is one of eight stations in our planet’s annual journey around the sun.

For those in the Northern Hemisphere, spring is well and truly come and summer is around the corner.  Flora is bursting to life even in the most northern climes, and fauna frolicks in the verdure.

Those in the Southern Hemisphere experience the opposite, as autumn passes into winter.

In the Northern Hemisphere, this time is traditionally celebrated in the Neopagan Wheel of the Year as Beltane.  According to Nichols (2009), the name derives from the Irish Gaelic Bealtaine or the Scottish Gaelic Bealtuinn, for “Bel-fire”, the fire of the god of light, Bel, Beli, or Belinnus.  Nichols asserts that on this day, Druids kindled the “need-fires” on beacon hills, and these had healing properties for those who leaped through them.  Cattle would also be driven between two such fires before being taken to their summer pastures.

Beltane is also reputed as a day of unabashed sexuality, visible in the phallic symbolism of dancing round the maypole and riding the hobby horse.  Other customs include “beating the bounds” of one’s property by walking its circuit (Nichols, 2009).

Glenys Livingstone of PaGaian, a naturalistic tradition revering the Goddess as a metaphor for the Cosmos, recommends the ritual celebration of beauty, as in the following call and response:

Celebrant: “Name yourself as the Beauty, whom She desires – the Beloved. Speak if you wish, of the Beauty that you are, or simply show us. Let us welcome your Beauty.”

She also finds this a particularly appropriate time to use the well-known Charge of the Goddess as an invocation: “all acts of love and pleasure are my rituals.”

Beltane can be timed to the Cross-quarter, or more traditionally to May 1st (May Day).

On Carl Sagan’s Cosmic Calendar, which maps the entire history of our cosmos onto a single year, the universe has been swirling since the Big Bang on January 1st (13.7 billion years ago).  Now, on May 11th, comes the formation of the Milky Way (8.8 billion years ago).  The cosmos will continue to ferment until September, when the next big event is the emergence of our sun.

Many more days to celebrate can be found here.

B. T. Newberg has been practicing meditation and ritual from a naturalistic perspective for eleven years and counting.  After experimenting with Agnosticism, Buddhism, Contemporary Paganism, and Spiritual Humanism, he currently combines the latter two into a dynamic path embracing both science and myth.  He is the editor of a community blog for naturalistic spirituality called Humanistic Paganism, which just published an anthology called Year One with over a dozen contributing authors.  After growing up in Minnesota, and living in England, Malaysia, and Japan, B. T. Newberg currently resides in South Korea with his wife and cat. 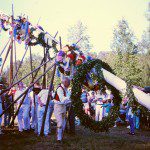 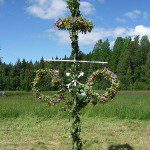