Loop of Brighid: What Is Brigidine Paganism?

This post is part of a new ongoing column, Loop of Brighid, by Christopher Scott Thompson. Look for it on alternate Thursdays!

Brighid is one of the most beloved and widely-venerated deities in the entire world, and the worship or veneration of Brighid in one of Her many forms seems to cross all boundaries of culture, language and religious tradition. Goddess of poetry, smithcraft and healing in ancient Ireland, Brighid is adored less for Her specific characteristics than for the energy of endless compassion, gentleness and creativity with which She has always been associated. According to the ancient Irish text called Cormac’s Glossary, Her worship was so popular in the pagan era that Her name could be used for any goddess.

The implications of this statement are not often considered, but to me it implies that Brighid was seen as much more than just a “goddess of poetry” or a “goddess of healing” or even an “Irish goddess.” I think She was seen as all those things, but also as something much vaster and more all-encompassing, a feminine concept of the divine in the broadest possible sense.

Not everyone would choose to interpret Her that way, but the fact remains that Brighid inspires intense devotion even today, although Her worship is usually embedded within other religious traditions rather than organized as a distinct tradition of its own. The most popular form of modern Brigidine devotion is probably “flamekeeping,” in which devotees take turns tending a candle for Brighid on a twenty-day cycle. The largest flamekeeping organization is the Ord Brighideach, which welcomes both Christians and pagans, men and women. Smaller flamekeeping groups or “cills” may restrict membership to women only, or to pagans only. As far as I know, no such organization is restricted to Christians only or men only.

Here are some of the “flavors” of Brigidine veneration.

The defining feature of Brigidine paganism is simply devotion to Brighid as the core of one’s religious and spiritual life. Based on the number of pagans who identify primarily as devotees of Brighid on internet forums and in other contexts, this seems to be a widespread type of pagan worship, but it is not very easy to pin down or categorize. Brigidine paganism varies quite a bit from one devotee to another, so it does not have a strictly-defined theology beyond its emphasis on Her. It is perhaps best understood through the energy of the goddess Herself — an energy of light and fire, of love and healing, of artistic inspiration and of peace and justice.

Brigidine pagans often see Brighid’s tendency to cross boundaries as a defining part of Her nature, and thus place much less emphasis on strict historical reconstruction than on personal devotion. They also tend to be open to the Christian side of the Brigidine tradition even if they don’t identify with Christianity.

I personally have a deep interest in theology, mysticism and ecstatic practices, and I’ll be talking about those subjects frequently in this column. I’ll also talk about historical research quite a bit, but always in service to the devotional path rather than for its own sake. I study the history of Celtic religion in order to better serve Brighid– not the other way around! 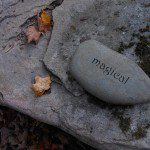