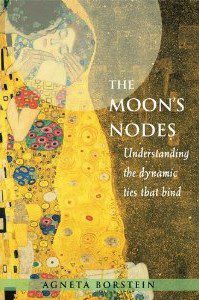 If you’ve ever wondered how Hindu mythology relates to your life, consider the astrological connection Agneta Borstein makes in her new book, The Moon’s Nodes: Understanding the Dynamic Ties that Bind. Borstein’s insights into human relationships and the growing pains of the soul come straight from the Vedic astrological tradition, where gods, goddesses and demons figure as nature forces in the form of planets and points that take an active role in our lives. As in all astrological systems, celestial and human proceedings reflect each other: as above, so below; as without, so within.

Not every Western astrologer uses the Lunar Nodes in chart readings. Some seem to feel that, because they’re not physical bodies like planets, asteroids or stars, they don’t exist, or don’t function as powerfully as the planets. But Borstein demonstrates through numerous examples how the Nodes (like the Ascendant, the Midheaven, and other celestial Unseen Beings) exert a powerful influence on the nature and path of the individual represented by the chart.

The Nodes mark the two spots where the path of the Moon’s orbit around the Earth crosses the ecliptic (the apparent path of the Sun as viewed from the Earth) heading North and South. Hence, the North and South Nodes are always exactly opposite each other in the circle of the Zodiac.

Oppositions of any kind in the chart cry out to be balanced. This is one opposition that is built into every chart, and it is an important one. The Nodes speak to our core need for spiritual balance between the unknown (hence at least a little daunting) path of growth we desire to follow (North Node) and the safe, familiar comfort zone we need to keep us grounded (South Node).

Quite a lot has been written on the Nodes in recent decades. Western astrology texts used to dismiss them with a single offhand paragraph, something vague about karma or about the people we attract into our lives. Now, however, you can easily find numerous books devoted to the subject, from academic philosophical treatises to practical “cookbook” approaches delineating the meaning of each sign and house position and aspect.

What picks this one out of the crowd is its unique approach, which blends Eastern and Western astrology and mythology. The author describes herself as a “practicing Western astrologer with many years as a student of the Jyotish, or Eastern, astrology system,” and in her book, she seems to be reaching for a bridge between the two. Ms. Borstein, an astrologer, healer, and shamanic practitioner with over 30 years of experience, has had plenty of opportunities to observe the workings of the Nodes in the lives of her clients. As a Swedish-born American student of Hindu spirituality, she is uniquely positioned to explain the mythology behind the Nodes to Westerners.

Jyotish is the system of astrology that is practiced in India (and still respected and used by most of the population). You’ll also hear it referred to as the Vedic, or Hindu, system. Borstein introduces the three most important god-goddess pairs of Hinduism: Brahma the creator and his consort Saraswati, goddess of knowledge; Vishnu the preserver and Lakshmi, goddess of wealth and beauty; Shiva the destroyer and Parvati, goddess of love and devotion. The information presented on these deities is not tied explicitly to the astrology (except fleetingly in some of the examples), but forms an evocative background to the central myth of the serpent-demon Rahu, and how he became split into two entities: Rahu, the North Node, and Ketu, the South Node.

In these days of ephemeral blogging and tweeting, the author of a print book doesn’t often get a chance for a do-over. This is one of those rare events: a reworking of Borstein’s 2004 book, titled The Moon’s Nodes: A Churning Process of the Soul. In her introduction to the new edition, the author states her intention “to simplify and make the Moon’s Nodes accessible to a wider audience”, and she has succeeded in making her text more succinct and cohesive, excising some examples that didn’t add anything significant, as well as some technical material that, while essential to a full understanding of the lunar and eclipse cycles, wasn’t as relevant to her narrower focus. At the same time, she’s added new material to show how we carry out the Nodal themes in certain seemingly fated relationships that come into our lives to stimulate the “churning process” of spiritual growth.

Still, I wouldn’t assign this book to a beginning astrology class. For that, I’d prefer something that presents the astronomy and basic interpretation in simple, crystal-clear, graphic form before going into the complexities. Here the technical “essential facts” are listed, but not always explained or placed in context, and the full scope of the Nodes’ meaning is brought out little by little using the storytelling techniques of myth and example.

I would, however, recommend this book to anyone who is dissatisfied with the simplified treatment of the Nodes that is most common in Western astrology and is ready for a more sophisticated, balanced and nuanced approach grounded in the original Vedic system, where the Nodes were first developed as powerful points in the chart. And even if you know no astrology at all, Borstein makes the Nodes accessible and interesting through both Hindu and Western mythology and the stories of well-known people. This is where Agneta Borstein shines.

[Published by Ibis Press, Lake Worth, FL, in 2012. 204pp. Available from major online booksellers, including Amazon, Barnes & Noble and Powell’s.]

Astrologer, life coach and Glainn Sidhr Witch Miriam Klamkin came to Paganism through her connection to the Moon, the Sun, the stars and planets. Since 1991, she has coached and counseled hundreds of people individually and in classes and workshops, and written astrology columns for three newsletters. She holds the Certificate of Astrological Studies from the Astrology Institute and the Level II Certificate from the National Council for Geocosmic Research, and has recently completed training for certification with the International Association of Coaching. Visit Miriam at www.nightvisionastrology.com and on Twitter @stargazermiriam. 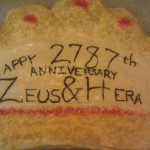 February 12, 2013
Making Light: Interfaith is Not a Dirty Word
Next Post 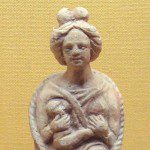 February 14, 2013 Loop of Brighid: The Mysticism of Devotion, Part 3
Recent Comments
0 | Leave a Comment
"What a very beautiful and inspiring way to describe the struggle we all have to ..."
Freyja Babalon’s Cloister: “I’m not a Magician, ..."
"Two years later I come back and reread this article, and still think it's one ..."
Wolf Cross and Crossroads: In Defense of ..."
"I share your thoughts and hope that wise world leaders with rise up and prevail."
Willow Rose Between Two Worlds: The Dark Times
""Many were trans women who had to resort to sex work in able to pay ..."
Harold Masters Between Two Worlds: Mika
Browse Our Archives
Related posts from Agora