I know a lot of people whose paths are a mix of more than one tradition: Christio-pagans and Heathen, Christian, and Zen Druids  particularly, but there are others. There are some who see any kind of shopping around for ideas as New Age pick ‘n’ mix and spiritual tourism. There are many for whom any kind of mashup is a betrayal of all the traditions involved. The only true way is to be a purist and stick to one path, according to some.

What sent me off pondering this subject is the recent release of a book by my friend and fellow Druid, Joanne van der Hoeven. Zen Druidry is all about the areas of overlap between the two practices, and it is clearly written with an eye to people from both backgrounds. Jo is clearly a Zen Druid. So, has she somehow diminished Zen or Druidry by doing this? Is she any less a Druid because she draws a significant amount of her practice from Zen? Of course not.

I think it depends a lot on how you understand religions. If you believe that there is one true way, then anything else is basically wrong. There’s no wriggle room. In that situation, a person who takes The One True Way and mashes it up with some inferior religion is polluting the truth with rubbish. This isn’t just an issue about fundamentalist monotheistic folk, either. There are plenty of Pagans who do not like hybrid approaches. I’ve seen people trying to tell the Christio-pagan folk that they cannot believe in Christ and be Pagan. It has to be one or the other. One truth. One clearly defined way. One right answer. Paganism has its subset of fundies too. Perhaps we’re anxious about people from a dominant faith getting into Paganism. Perhaps we fear they will reduce us, or take something from us, or that it’s some kind of stealth attempt at conversion.

Now, if you are a polytheist, or an animist, as many Pagans and Druids are, there are interesting questions to ask about how and where we draw lines. Are we okay about mixing up a bit of Greek and Celtic? Do we mind having Welsh deities alongside Irish ones? What about Seax Wicca? Or Druiheathens, or any of the other blends. Is it ok to blend Paganism with other kinds of Paganism, or has the Shamanic Kemeticist really gone too far? None of our Pagan heritage was something historically static and solid. All religions change and evolve over time, and in Europe there’s been a lot of cross pollination. Mithras came from the Middle East into Roman faith where Greek influences were already at play. Given the striking similarity between Viking and Celtic knotwork, I’m inclined to assume some connection there too. The line between Keltoi and Germanic peoples was an arbitrary Roman one, and not about life as lived. And even if we’re going to be ‘purely’ Druids, and ‘purely’ Welsh Druids at that, what century do we hark back to? What bit of land? There will have been variance as well as commonality.

I think the idea of purity in any kind of human activity is, at best, mythic. Everything we do builds on what went before and the influences we have contact with. Roman writers thought there was a similarity between Druids and Pythagoreans, with one side having taught or influenced the other. If that’s true, we don’t know which way round it was. It could be more like convergent evolution.

The idea of pure faith is very much part of conversion-orientated montheisms. One True Way. That’s not, surely, how Pagans do things? We belong to the plurality of nature, the multiplicity of all that is wild and free, not to the tidy sterility of only having one single available take on truth. Nature has lots of different ways of doing pretty much anything you can think of. The idea of purity – be that of race or religion – is just a story groups of people tell themselves to reinforce group identity. It also serves to exclude others. This is a topic I really got into when writing Druidry and the Ancestors. State, nation, history, religion – these are all narratives, not tangible things.

The idea of there being one definable path to ultimate spiritual truth seems unlikely to me. Science is not delivering a one tidy theory of everything. You have to consider the world at a relevant scale. There’s not much point considering molecular biology when you want to know about swan migrations. Science is a weaving together of many truths that, combined, might eventually represent the entirety of everything that is. That would be beyond any of us to individually comprehend. Why should spiritual truth be different? Why should spirituality be simple when the rest of life is actually complex and multifaceted?

I don’t think any religion has the monopoly on truth. I like Druidry, I choose it because it suits how I feel and how I want to work. I do not confuse its being entirely right for me with its being entirely right. Plenty of things that suit me perfectly would be of far less use to someone with different needs and a different temperament. I don’t see Druidry as more right than any other path.

I am utterly fascinated by the commonality between different religions, and also by the differences. If we take all religions as having some truth in them, and more utility for some of us than for others, then we can let go of that rather restricted idea that anything, on its own, could be The Truth. At which point, there is no purity to pollute with inferior material. There is no right way to undermine with shopping around. There are only ideas. Some of those ideas might illuminate each other in juxtaposition. Some of them might reinvent each other through proximity. We may each find our insights and inspirations in different places and from different combinations of things. Surely it is the exploration that matters most?

If that means Zen Druidry, then that’s what you do. If your Druidry is the Druidry of a radius of fifteen miles from where you live, its history, spirits of place, sacred places and presiding deities, that’s what you have to do. No One True Way. 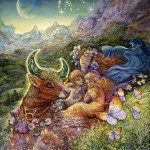 May 3, 2013
Gateway Goddess: Taurus Season - A Celebration of the Sacred Body
Next Post 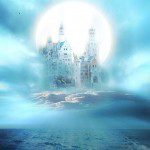 May 9, 2013 Loop of Brighid: Private Practices 4 - The Four Treasures
Recent Comments
0 | Leave a Comment
Browse Our Archives
get the latest from
Agora
Sign up for our newsletter
POPULAR AT PATHEOS Pagan
1