Twitter is full of anger and hatred as I write this. The women’s Wimbledon tennis final and its winner, Marion Bartoli, provoked startling comments because she is not a blond, leggy supermodel. Then came the backlash as angry people cried sexism. Some of the guys who made the original comments appear to have shut down their accounts. Others stridently defend the right to an opinion, and the right to put that opinion in a public space.

Pagans have rejected the sexist attitude of monotheistic religions. Many of us are goddess worshippers. We also tend to be ardent supporters of free speech. What do we do, or say, in face of sexism, in this or any other context? Hit back? Go one ruder? Up the anti? I feel the urge to smack back and score points, but at the same time, I know that’s no answer.

There’s an amazing irony in how uncomfortable many of these guys seem about the limelight. The dead giveaway is that they respond to angry twitter users, defending themselves and their right to type as they please. If they didn’t care, they would ignore. I’m guessing many of the guys who were publically rude about a woman are not enjoying other people being publically rude about them. It feels undeserved, unreasonable. It always does when you’re the victim, and when we dish it out, we always feel entitled and justified. That’s how it works, and what enables us to keep peddling hatred – the sense of our rightness and entitlement versus the other person’s wrongness.

What the tennis debacle has shown us, is that bad manners and sexism are so embedded in our culture that a lot of people feel comfortable putting those kinds of views into the public domain. That is heart breaking. It is a tragedy for our culture, and for the individuals who have so lost touch with what it means to respect themselves and other humans. Good relationships depend on respect.

I have no desire to defend this kind of behaviour, but we need to talk about the causes. Some of it is clearly a misplaced attempt at being funny. A failure to grasp the difference between comedy and insults underpins this. Some of it is a failure to grasp the very public nature of social media. It’s not like making a quip to your equally foolish friends in a pub, you have entered the public domain — this stuff sticks around. It is a failure to recognise that there is more to 50% of the population than whether any given male would like to have sex with them. The idea that it is okay to judge women purely on appearance, regardless of all other skills and virtues, is insane.

This is not an issue of men versus women. We are all part of the same culture. Brothers and sisters, parents and children, colleagues, neighbours… we support or we do not support rude, aggressive and offensive behaviour. While I’m all for calling the sexists out, I’m not in favour of dropping to their level. We don’t fix things by emulating them.

Humanity at its best is innovative, compassionate and something to be proud of. And yet we allow ourselves to fall so far, and we stand by as those around us steep themselves in shitty attitudes and destructive behaviour. Every time we let one of these slip by, we contribute to it. Every time we respond in kind, we contribute to it. Violence, hatred, verbal abuse, cruelty, injustice… the recent horrors around the tennis are a tiny fraction of what’s out there.

Ye Gods, we should be able to do so much better as a species. 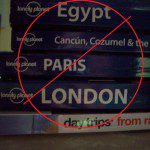 July 9, 2013
The Busy Witch: Making the Most of Mercury Retrograde
Next Post 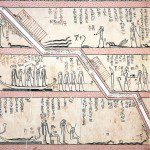