Gerald Gardner believed, as did Margaret Murray before him, that we, as Wiccans (and many Pagans by extension) are the spiritual heirs of the Mystery cults of the ancient world, the best known of which was the Cult of Eleusis.  At one time all the major philosophers and leaders of ancient Greece were initiates of the cult.  Sworn to keep its secrets, miraculously, none of them ever revealed them.

On the gates of Eleusis were written the words, “Know Thyself.”  This is the greatest challenge facing us as Wiccans and Pagans.  In order to be able to become a better channel for the gods, and in order to be more effective at manifesting our magick, we need to be tempered into a better conductor.  This is the purpose of the Second Degree initiation in some traditions.  A symbolic death and rebirth helps us to clear away the dross of our subconscious and our personal issues.

But whether or not your tradition is initiatory, sooner or later you will be required to confront the baggage that you carry around.  Reclaiming and Dianic Wicca speak of these things as the lessons of the Dark Goddess.  Often these struggles will involve dark times in which grave difficulties seem determined to assault us at every turn.  Mythologist Joseph Campbell wrote about this element of our own personal myth-story; he called it “The Monomyth” or “The Hero’s Journey.”

There are 17 stages to the Monomyth.  Consider how this relates to your own life, in your journey through your personal Underworld, and how it compares to the modern myths you know.  I have drawn upon three well-known examples: Star Wars, the Lord of the Rings, and Harry Potter:

– the Hero is summoned away from his/her regular life to a world of adventure, where infinite perils and possibilities await.  Sometimes s/he chooses the path voluntarily, and sometimes s/he is forced into it by a beneficent or malign force or circumstance.

– Often, the Hero refuses the call due to fear or obligation.  S/he then becomes a victim to be saved instead of a Hero.

– a Helper or Mentor makes him/herself available to the Hero to assist or teach.  Often s/he is an elder who imparts wisdom or a Tool that represents knowledge.

– the Hero is now separated from the world he knew and a new life.  It is a metamorphosis; a death of sorts.

– tests, tasks or ordeals that begin the transformation.  This is usually the bulk of the story.

– the Hero experiences a soul-transforming love.  This is often portrayed as a romantic love, but it doesn’t have to be; and in fact, in the examples I have chosen, none are.

– the temptations of material comfort or surrender to the easier path assail the Hero.  The pure soul must be true to itself and not externally-imposed obligations.

– the Hero confronts the ultimate power in his/her own life and overcomes that dark reflection.  Thus the “sins of the fathers” are no longer delivered upon us and we become our own, autonomous human beings, free of the conditioning of our past.

– the Hero “dies,” experiences a period of rest and perhaps bliss, and then is reborn with greater enlightenment.

– achievement of the goal of the quest; obtaining the item or piece of wisdom; the gifts of the gods given unto mortals.

– sometimes the Hero is so exhausted by the quest, or so happy in the bliss s/he discovers, that s/he refuses to return to the world.  But the Boon serves no purpose unless it is shared.

– sometimes the Hero must escape with the Boon.

– sometimes the Hero needs supernatural assistance to return to regular life as much as s/he did to leave it, especially if s/he has been wounded or weakened.

15.   Crossing of the Return Threshold

– somehow the Hero must now return to banal everyday life, maintain the wisdom of her/his experiences, and accept the world as real after transcendental bliss.  Sometimes s/he is not entirely successful.

– for a real-world human Hero, this means integrating spiritual and material successfully.  This is the ultimate goal of Witchcraft; to become a “mystic in the world.”

– facing death teaches us not to fear it, and thus, gives us the power to experience life more fully and completely, living in the moment, neither regretting nor reliving the past.  This is the ultimate benefit of the Hero’s Journey.

Next column: The Hero’s Journey, Part 2: How to Apply the Monomyth to Your Personal Story, Why it Matters, and What it Means. 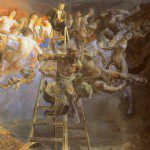 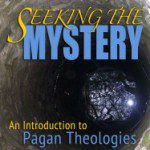 July 23, 2013 The Busy Witch: Reviewing SEEKING THE MYSTERY by Christine Hoff Kraemer
Recent Comments
0 | Leave a Comment
"Two years later I come back and reread this article, and still think it's one ..."
Wolf Cross and Crossroads: In Defense of ..."
"I share your thoughts and hope that wise world leaders with rise up and prevail."
Willow Rose Between Two Worlds: The Dark Times
""Many were trans women who had to resort to sex work in able to pay ..."
Harold Masters Between Two Worlds: Mika
"Beautiful and moving eulogy."
WildestSea Between Two Worlds: Mika
Browse Our Archives
Related posts from Agora