Loop of Brighid: Invocation of the Graces – A Brigidine Sacred Text, Part 4 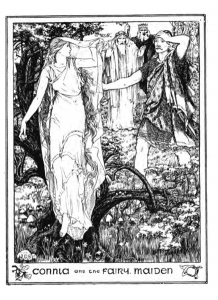 For some unknown reason, the remaining blessings and buaidh in the “Invocation” are generally grouped into lists of eight rather than nine. The first set of eight blessings reads as follows:

This is the first section of the “Invocation” that could be described as an ethical guideline. The recipient of the charm has been rendered powerful enough to overcome all enemies, but is now expected to use that power in compassionate service.

All eight of these “ethical empowerments” express essentially the same concept: to relieve the suffering of others by providing comfort, shelter, guidance, support, sanctuary, protection, refreshment or healing. Only one of the eight uses martial imagery. The phrase “a fortress art thou on land” implies that you will fight if necessary to protect an endangered person just like a warrior defending a besieged fortress. This type of fight is defensive and protective in nature, not aggressive or predatory.

The next verse in the Invocation, which calls on eight feminine powers to grant eight ethical virtues, also includes one martial reference:

The word Carmichael translates as “skill” is gleus, which the Gaelic dictionary Am Faclair Beag defines as a condition, a state of being, a mood or humor, the workings of a machine, or a musical key. This is clearly a word that has no precise translation into English, but it conveys the idea of an inner order or structure.

The word Carmichael translates as “tact” is gniomh, which Am Faclair Beag does not define as “tact” but as an action, deed or task. As such, it is difficult to know what virtue is being granted here without knowing what the task of the “woman of Greece” was. William Sharp (generally a questionable source) suggests that this line refers to Helen of Troy. That is not implausible, since the legend of Helen was known to the Gaels although Helen of Troy was not exactly famed for her tact. If “the deed of Helen of Troy” is really what was meant here, it might have referred to her famous seductiveness.

The word Carmichael translates as “beauty” is sgeimh, which Am Faclair Beag defines as elegance. Emir, of course, was the wife of the great Irish hero Cuchulain.

The word Carmichael translates as “tenderness” is mein, which Am Faclair Beag does not give a definition for, although mèinneach is defined as mercy, pity, discreetness or fondness. Carmichael’s “Darthula” (a Victorian-era name meaning “daughter of heaven”) is actually Dearshul in the Gaelic. Sharp suggests this is a corruption of Deirdre, tragic heroine of “The Sons of Uisneach.”

The word Carmichael translates as “courage” is mean, presumably short for meanmna, which Am Faclair Beag defines as courage, boldness, spirit, pride or joy. “The courage of Maebh the strong” is the bold, spirited, joyful or even reckless courage of Queen Maebh of the Tain, cattle-raider par excellence, who warred against Cuchulain. Unlike the phrase “a fortress art thou on land,” this one is aggressive — the most “heathen” of the graces!

The word Carmichael translates as “charm” is taladh, which Am Faclair Beag defines as the act of enticing, alluring, taming, soothing, domesticating, caressing or hushing. The range of meanings can cover everything from charming a potential romantic partner to calming a wild horse to singing a lullaby to a crying baby. Binne-bheul is “sweet-mouth.” Sharp, interpreting the phrase as “honey-mouth,” suggests that it refers to the Gaelic god Angus. However, Am Faclair Beag specifically mentions that the sweetness of binne is not a flavor or a smell, but something harmonious or musical. Also, it would be a little odd for the “Invocation” to list seven female powers and one male power, so it seems more likely to refer to a woman from Gaelic lore. 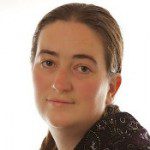 July 31, 2013
Druid Thoughts: Monarchy and the Druid
Next Post 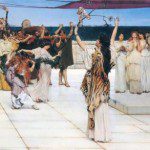 August 2, 2013 Syncretic Electric: Community is More Than You
Recent Comments
5 Comments | Leave a Comment
Browse Our Archives
get the latest from
Agora
Sign up for our newsletter
POPULAR AT PATHEOS Pagan
1