Most Pagans dislike authority in the sense of not wanting to be told what to do by someone else. A big part of the point with going Pagan is the self-determination. We each walk our own path, on our own terms and in our own way. Figuring out how to do that step by step is a big part of what makes us who we are. Other religions have leaders who stand at the front and issue instructions and who are allowed to tell us we’re doing it all wrong. Paganism is not supposed to be like that.

At the same time, some of us–by luck, intent, accident, or just by dint of being the most experienced Pagan in the village–end up in positions of prominence. Here I am with this blog. I write books about Druidry; I’ve led Druid groups, I’ve acted as a celebrant, and people e-mail me for advice. How can I not be an authority?

I try very hard not to be, as it happens. Here are some things I’ve come up with that have helped me feel that I’m not turning into something that I loathe on principle.

1)      I try to facilitate, rather than letting myself think of any of it as ‘leadership’. It’s not about authority in the first place, it’s about me using what I know and am good at to help other people do their own thing. I lead activities, not people.

2)      I try and make sure everything I could offer as opinion come across that way. “You cannot work 24/7 without destroying yourself” is a fact, but most Paganism is opinion. Things offered as facts that aren’t are dogma, but opinions are a matter of personal preference and do not demand the same attention. (Which is, really speaking, a fact!)

3)      I would never tell someone what to think, how to act, or how to feel. I think doing this is absolutely destructive of the other person’s autonomy. I hate it when people do this to me. However you feel is right, by the way (another fact). There are no wrong feelings. We could, however, have a conversation about what you do with those feelings.

4)      Where it’s in any way personal, I do try and make it more of a conversation than a lecture. The wisdom from counselling is to try and help people find answers to their own problems by being a sounding board. So if it’s a personal rather than a practical problem, I’ll try to give people a space in which to find their own way through. I might throw ideas into the mix, but never a ‘you should’. Instead… “you could, you might… had you considered?”

5)      I’m perfectly happy to admit when I have no bloody idea. I know very well when I have no relevant insight and experience. If I wanted to seem important, I’d dish out some ‘wisdom’ anyway, but if I don’t have a clue, I’ll admit that, see if I can suggest someone better to talk to, or make encouraging noises instead.

6)      I don’t offer negative feedback unless someone has clearly asked me to try and pick holes in a thing. It’s not my place to judge, in most situations. I’d rather make encouraging noises, and I don’t want to set myself up as an authority by handing out judgements. If I like something, I’m going to say so because I believe in praise culture.

7)      If I do someone a favour, I don’t make them feel like they owe me anything. I don’t need regular reminders of how terribly grateful they are, or how they could never have amounted to anything without me. That’s sick, and crappy. If I give, I give freely. If I do manage to help you, to teach you something or to inspire you, I’m not going to try and own that – what you do is yours. If I contribute to making that happen, I’ll take some pride and joy in that, but I won’t use it to diminish you or to own your achievement.

8)      I avoid titles. Job descriptions are fine. If a person is doing a job (chair of the trustees, organiser of the grove), it helps if that’s easy to spot. If you’re doing it, you need to own it. Titles for the sake of it seem to me to be far too much about being important. You can also do that by giving other people titles, if you’re pretending not to be wildly into authority but really actually love it… If you have no title, but talk about your minions, acolytes, fan girls, apprentices, if you make sure people know who your students are, owning them and making that power difference visible… then you are still using titles to express authority.

9)      If you have to be centre stage or you won’t show up, that’s another way of conveying a sense that you are terribly important. All of my favourite teachers are likely to turn up in the back for other people’s talks and workshops. If you come along to stuff, join in like some kind of normal person, it’s probably because you think you’re some kind of normal person, which is undoubtedly good for you. The person who does not have to feel important all the time has space to learn, play, experiment, mess up, laugh and have a life. It’s win all round really.

Most of human society is full of power structures, authority, hierarchy, and people whose job it is to tell you what your job is. We might want very different things from Paganism, but we bring along our lifetimes of training and habit, our weakness for charismatic leadership, and that lingering suspicion that we can’t be good enough and we need someone to tell us how to do it right. It’s worth cutting ourselves some slack over this, but at the same time, not so much slack that we either let someone tell us what to do, or end up followed round by a flock of eager acolytes who are waiting for us to spill mystical insights that we don’t actually have. 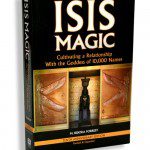 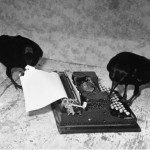 September 19, 2013 Wyrd Words: The "Agnostic Chair"
Recent Comments
0 | Leave a Comment
Browse Our Archives
get the latest updates from
Agora
and the Patheos
Pagan
Channel
POPULAR AT PATHEOS Pagan
1