Loop of Brighid: Invocation of the Graces, a Brigidine Sacred Text – Part 7 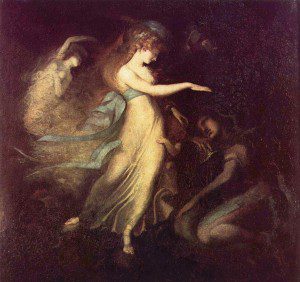 Carmichael’s sources in the Gaelic community collected more than one version of the “Invocation of the Graces,” some of which have a different tone than the more familiar version. Carmina Gadelica #279 focuses on protecting the recipient of the charm from various weapons, raising the possibility that this was the version of the “Invocation” spoken over young men while the version in Volume 1 (Carmina Gadelica #3) was spoken over young women. Carmichael doesn’t actually say this, though — he says that #3 was spoken over both sexes.

The following verses are from #278:

Note that three of the “graces” are the same as in #3 — the graces of form, fortune and voice. In general, though, this version of the “Invocation” concentrates more on conferring practical benefits in life: protection from head to toes, a good mate or lover, great kids. The same theme is continued in the next few verses:

In these verses, Brighid confers the blessings of good food and drink, music, a thriving goat and sheep farm and abundant dairy products. Then the last verse suddenly gets poetic:

The word Carmichael translates as “love” in these verses is rùn. As we have seen, rùn means both “love” and “mystery,” so these lines could just as easily be rendered as follows:

The ancient Gaels swore oaths on the sun, moon and stars. Modern devotees of Brighid sometimes think of Her as not only a sun goddess but a goddess of all the suns (the stars) and of the moon (since its light is reflected sunlight). These ideas are dependent on scientific facts unknown to the ancient Gaels, but could find some support in these lines since they are supposed to be spoken by Brighid Herself. You could say that Brighid is able to convey the powers of the sun, moon and stars because they are Her own powers. This interpretation receives additional support from the Imbolc custom of making pictures of the sun, moon and stars. 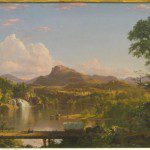 September 13, 2013 Syncretic Electric: Looking at our History (Part 3) - Religious Expression in the U.S.A.
Recent Comments
4 Comments | Leave a Comment
Browse Our Archives
get the latest updates from
Agora
and the Patheos
Pagan
Channel
POPULAR AT PATHEOS Pagan
1