And now for something completely different.

I recently had the opportunity to interview author Alex Bledsoe about some of the religious themes in the Tufa series and the Firefly Witch Series. We also touch on the Eddie LaCrosse books, the first high fantasy noir books I’ve ever read. I also encourage you to check out the Memphis Vampire series. They were the least sparkly, scariest vampires this side of the Mississippi. He also has a thing for indie bookstores, so check out the shop tucked away in a cozy corner of his website and support a small business. All his books are for sale there and you can even get a signed copy.

Sunweaver: Well, hey there. I’m going to jump right in here and say that I’ve just finished The Hum and the Shiver and I think it’s some of your best work. In this book, religion is sort of tangential to the plot, but you also write short stories about a Wiccan priestess where religion is a little more front-and-center.  Would you like to tell our readers a little about how you came up with the idea for the Firefly Witch series?

Alex Bledsoe: The idea had been floating around in my head since the 80s, but it was the early 90s before I decided to really write about a witch in a modern setting. I knew that real witchcraft was based on a religion, but like a lot of people, I assumed it was something vaguely dark, and possibly Satanic. I started researching it, though, and learned the real tenets of Paganism in general, and Wicca in particular. Then I met some actual witches, and discovered that Wicca codified things that I already believed, but had assumed were unique to me; and what I learned allowed me to make the character Tanna Tully much more interesting and multi-faceted than I’d originally thought.

Sw: I had a similar experience, though I’ve since transitioned to Hellenic Polytheism. How has your religious life evolved over the years, if I may ask, and how has it affected your writing? I’m also curious about something, because a lot of people ask about your Southern upbringing, but I want to know if living up Nort’ has affected your writing at all.

AB: My religious life has evolved into something more private and individual than it once was; and it’s “affected” my writing, if that’s the right word, by making (and keeping) me aware of the importance of only spending time on things I’ll be proud to have my children look at when they grow up.  I might be more successful if I didn’t feel that way, but it also means my artistic conscience is clear. Living up North has actually made me more aware of, and sensitive to, my “Southern-ness.”  I hear my own accent more clearly, and now that I have something to compare the South to, I feel like I’m able to depict it more vividly.  It’s like realizing how good something tastes after you’ve been eating something else for a while, if that makes sense.

Sw: It does make sense. My husband has family up in Chicago and I always feel more Southern when we visit (especially in the winter). And I’d like to come back to The Hum and the Shiver now, because in this book and in the Firefly Witch series, there’s a religious tension there as well as racial tension. Is this exaggerated for dramatic purposes and are there observations or personal experiences that have informed the way you paint the social landscape of these two series?

AB: I’d have to say both.  It’s always exaggerated, or at least shaped, for dramatic purposes, but usually there’s a kernel of real life at the heart of it.  That’s particularly important in stories with a strong fantasy element: the more reality you can bring to it, the better.  What I want to avoid is the cliche of religion, particularly in the South; those perspectives have been done to death, and at this point, true or not, it reads trite.  I try to find other sides to characters’ religious beliefs that maybe people haven’t encountered in genre fiction before.

Sw: Can you elaborate on those other sides of religion? It’s more complicated than just an “us and them.”

AB: Well, for example, in The Hum and the Shiver I have a young Methodist minister as a main character, interacting with a group of people who are blatantly non-Christian. But instead of having him preach hellfire and brimstone, as way too many preachers in both fiction and real life would do, I gave him a sense of Christian decency and tolerance.  He demonstrates his beliefs by how he lives, not just by what he preaches on Sunday morning.  He wants to bring the Tufa to Jesus, but by example, not by threats and fear.  And most importantly, he’s not threatened by them. In The Firefly Witch, it’s hugely important to show that Tanna’s abilities are a manifestation of her beliefs, not just a series of parlor tricks.  When she casts a circle, it’s a worship service, not just an expedient way to get what she wants, which is the way so many witches in popular culture are depicted.  Her magic isn’t a super power; it’s the result of her ongoing attempts to discern what her Goddess wants from her.  In a sense, it’s no different than depicting Christians talking to their God through prayer, but you never see that in popular genre fiction.What makes both Craig and Tanna heroic is that they use their abilities, filtered through and guided by their beliefs, to help other people in need, whether they’re part of the same group or not.

Sw: I get the impression Eddie LaCrosse is either agnostic or lapsed whatever the dominant religion is where he’s from.

AB: I haven’t really gotten into Eddie’s religious beliefs, because the right story hasn’t yet presented itself.  Hopefully one day I’ll be able to do that, since like you said, he’s probably agnostic, which you don’t arrive at without thinking about it a lot.  I assume he was raised to go to church mainly to be seen there, not for any genuine religious thoughts.  He appreciates sincerity, though, so he admires the moon priestesses, the only real religious organization I’ve shown in his world (and you can guess what they’re based on).

Sw: I bet my first two guesses don’t count. Eddie seems to be skeptical of everything, which is great for his chosen profession, but not compatible with being a true believer.

AB: Well, Eddie has the super power I wish I had: the ability to judge people accurately.  I don’t think skepticism, in that way, negates belief.  Besides, he’s also met an actual goddess, so he knows empirically that deities exist.

Sw: That does change your perspective on things. I hate to close up so soon, but thank you for letting me interview you and I look forward to reading Wisp of a Thing. Would you like to finish up with a shameless plug for your new release?

AB: Okay, shameless plug.  Out now is Wisp of a Thing, the second Tufa novel.  Coming this February is He Drank, and Saw the Spider, the fifth adventure of Eddie LaCrosse.  In 2015, there will be the third Tufa book, Long Black Curl.  All are available as books, ebooks and audiobooks.

September 5, 2013
Passing Paganism and Polytheism on to Our Children
Next Post

September 11, 2013 Druid Thoughts: Pagans and Pornography
Recent Comments
4 Comments | Leave a Comment
"Great insights, Martha. You know that with my agnostic leanings I have a different concept ..."
Willow Rose The Corner Crone: Hekate of the ..."
"A sincere thank you for sharing this. I so appreciate the opportunity to understand others's ..."
Willow Rose Between Two Worlds: Anna, Another Lesson ..."
"I always enjoy your thoughtful insights."
Willow Rose Between Two Worlds: Reminiscing and Moving ..."
"A necessary message, beautifully composed. Thank you for sharing of yourself, Martha."
Laurie The Corner Crone: Self-Love Will Be ..."
Browse Our Archives
Related posts from Agora 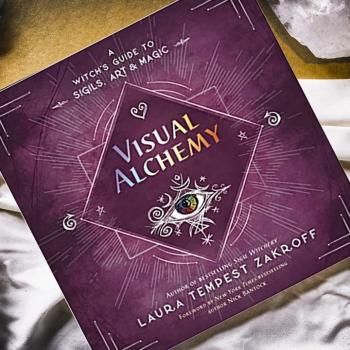