Loop of Brighid: The Cauldrons of Inspiration 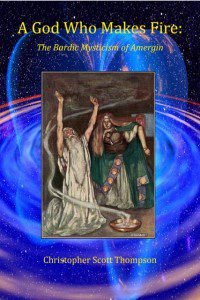 Most people who are interested in the goddess Brighid are also familiar with the Cauldron of Poesy, an early medieval Irish text describing three mystical cauldrons of inspiration in the human body. The Cauldron text is primarily known through the translation of Erynn Rowan Laurie, but there are also two academic translations and a series of later medieval glosses that add a lot of depth to the interpretation of the text.

The basic idea of the Cauldron system is that nine emotions can be used to “turn” or activate the three cauldrons and produce inspiration, poetry and magical insight: the emotions of longing, grief, heartbreak, divine sorrow, sexuality, health and wellbeing, pride in artistic accomplishment, Imbas or poetic inspiration and divine joy.

I’ve been fascinated with the Cauldron text and the system it describes for a number of years, but I was uncertain about some aspects of it and wanted to go back to the Old Irish source to understand it more completely. The result of this research evolved into a book, which I just released a few weeks ago. I wanted to wait until I had finished the series on the “Invocation of the Graces” to announce it here.

The book is called A God Who Makes Fire: The Bardic Mysticism of Amergin. It includes a new translation of the Cauldron of Poesy, a line-by-line analysis of the translation, a chapter on each of the three cauldrons exploring their symbolism and meaning, a selection of bardic poetry exploring the nine emotions that “turn” the cauldrons, and a new method for practicing the system of “cauldron mysticism” described in the text that is completely different from any method found in other sources. The book also includes information on an obscure “dark” aspect of Brighid called Great Brid of the Horses. The complete series of columns on the “Invocation of the Graces” (originally published here) can also be found in the appendices along with visualizations and other supplementary material.

You can find A God Who Makes Fire on Lulu.com. If you pick up a copy, please drop me a line and let me know what you think! 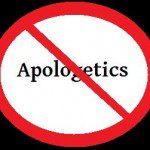 October 17, 2013
Wyrd Words: The Problem With Apologetics
Next Post 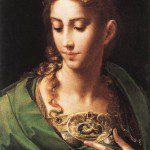 October 25, 2013 Syncretic Electric: Looking at Our History (Part 5) -- Feminism
Browse Our Archives
get the latest updates from
Agora
and the Patheos
Pagan
Channel
POPULAR AT PATHEOS Pagan
1