Feminism has been a powerful force within Paganism.  Indeed, it could be argued that feminism changed the face of Paganism. While modern paganism had a strong focus on female divinity, it was not until the feminist movement began interacting Paganism properly that the roles of women were seriously questioned within the traditional pagan social constructions. In her landmark book Drawing Down the Moon, first published in 1979 and then revised in 1986, Margot Adler (1986) describes paganism in general as being fertile ground for feminist ideas to take root:

Neo-Paganism, from its inception, has been less authoritarian, less dogmatic, less institutionalized, less filled with father figures, and less tied institutions and ideas dominated by males. The religious concepts and historical premises behind Neo-Paganism and Witchcraft give women a role equal or superior to that of men. (p. 208)

Of course Adler concedes that this is not always the case with every form of Paganism, but as a general rule  these trends made the work of Feminism much easier within the pagan community.

The emergence and development of Dianic Wicca is one of the more dramatic examples of Feminism working within Paganism to restore the spiritual authority of women.

Beyond their focus on the Goddess, Dianics consider themselves to be “radical feminist and politically on the fringe”: they focus solely on the Goddess to the exclusion of the Gods, the covens are composed of women only, and their rituals deconstruct patriarchy while affirming womanhood. (Foltz, 2000, p. 410)

Of course, not all Feminist covens followed the Wiccan format. In fact, Tanice G. Foltz (2000, p. 410) observes that many Feminist covens eschewed hierarchical structures altogether and relied on consensus and other anarchic forms of decision making, inspired by Feminist theorists and Feminist political action. Adler (1986) adds that for many feminists interacting with the Paganism, spirituality was not separated from their greater lives, but was often bound up with their political stances, “Most feminist Witches feel the spiritual and political can be combined. They’re moving out a position that would, in the words of Z Budapest, ‘fight for our sweet womon of souls’ as well as our bodies” (p. 186).

Some of our most prominent voices in Paganism have had a background in the politics of Feminism. Starhawk, T. Thorn Coyle, and Z Budapest all have strong associations with the Feminist movement, and, arguably, their spirituality does seem to be powerfully integrated with their politics. T. Thorn Coyle, for example, is a strong advocate for equality and civil rights, and often speaks of the reflexivity between spirituality and political action.

It is important, as well, to recognize the role of Z Budapest, despite recent events justifiably tarnishing her reputation. From the founding of the Susan B. Anthony Coven in 1971 and her attention raising court case in 1975, Z Budapest has been an outspoken proponent of women’s spiritual authority and power. While many today would disagree with the Feminist proposition:

…that women are Witches by right of the fact that they are women, that nothing else is needed, and feminist Witch Z Budapest has at times declared the craft to be “Wimmins Religion,” a religion not open to men. (Adler, 1986, p. 178)

In the 1970’s, when these sentiments were first voiced, the idea that women’s spirituality was entirely complete without the presence of men, and furthermore, as Z Budapest asserted, that there is not even a place for men at all within women’s spirituality, was powerfully transformative and affirming for many women. Even within the traditional Wiccan construction, despite the elevation of the Goddess, the feminine was viewed as incomplete without the masculine. Indeed, both were viewed as necessary for the proper functioning of a coven. While today the idea the women alone had full possession of spiritual power and authority is hardly shocking, it was, at the time, often met with hostility. As Adler observed in 1979, “Many men (and some women) in the more mainstream Craft groups are upset by the growth of feminist covens, since any feminist Witches have purposefully rejected some principles, norms, and structures of the modern Craft” (1986, p. 178).

By today, however, this particularly radical form of Feminist Paganism has largely died out, for good or for ill. Adler even notes that in 1986, at the time of her revision:

Today, while Feminist ideas continue to influence Pagan thought, the movement as a whole seems to have lost a great deal of its drive. It is of vital importance, though, that we remain mindful of the project of Feminism, at least in as much as it intersects the larger project of Paganism (if we can even claim that Paganism as a whole has a project). We do still live in a society infused with misogyny and sexism.  It is very important that we recognize how these often subtle forces impact us on a day to day basis and how they influence our views and decisions. It is insufficient for us to simply rest on the work done in the 70’s and 80’s. We must recognize that project of Feminism is far from complete, and that even within our own communities, there is still work to be done.

One might almost say that the Craft at times acts as a “safety valve” for the establishment, providing an outlet for oppressed women but stopping short of true liberation. If so, the craft in these cases becomes conservative force, making real change even more difficult. (p. 214)

We need to be sure that our Paganism amounts to more than just a safety valve, a temporary escape. At least as far as the project of Feminism goes, this kind of function only serves to reinforce patriarchal dominance, since it allows some women a feeling of freedom, while still allowing the overarching structures to remain unchallenged.

Of course, not every Pagan views their spirituality as a site of political action, but, for many of us, I do believe that this has been one of the lasting gifts of Feminism. For the early Feminists, spirituality and politics were bound up in each other, and this action, I suggest, is often mirrored in the eco-consciousness elements of Modern Paganism, as well. It is vital that we continue to engage with these projects and be aware of the impact that they have had on the formation of Modern Paganism, so that we can continue the work, or at least resist retrograde action. 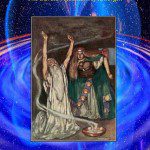 October 24, 2013
Loop of Brighid: The Cauldrons of Inspiration
Next Post 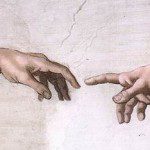 October 28, 2013 Seekers and Guides: Imparting the Mysteries – Helping Your Students Find Personal Gnosis
Recent Comments
0 | Leave a Comment
"I absolutely resonated with this; there’s a John Wick action figure on my Mórrígan altar"
femmetac Making Light: My Little Pony on ..."
"This is great, thank you! Litha blessings!"
Elaine Kolp Salt City Pagan: How Pagans Celebrate ..."
"I think its awesome youre a Buddhist and a Pagan. Namaste! I became a Pagan ..."
Brianna LaPoint Salt City Pagan: Why I Choose ..."
"Energy cannot be created (what is having children then?) nor destroyed. I think that this ..."
Brianna LaPoint Salt City Pagan: Why I Choose ..."
Browse Our Archives
get the latest from
Agora
Sign up for our newsletter
POPULAR AT PATHEOS Pagan
1