Previously, I spoke of the threat of egocentrism to Modern Paganism. Now, I want to further examine the issues of spiritual materialism and spiritual narcissism.  I have been very much concerned, of late, with personal gnosis, not as a concept, but as a practice generally encouraged in the wider Pagan community. My concern is not as to whether the Gods and other spiritual beings communicate with humankind,  but how well we as a community have gone about equipping our members to receive and understand those messages. I believe that the way that we as a community handle the issue of gnosis underscores a general problem that pervades Modern Paganism.

When more and more people are claiming direct revelation from Divine Beings, and these revelations increasingly conflict, how are we to make sense of this phenomenon? It seems to me that on a very basic level, Modern Paganism has failed to provide the fundamental spiritual and religious education necessary for its practitioners to truly understand the import of religious and spiritual experiences. Nor has Modern Paganism been successful in providing a worldview or ontology capable of contextualizing such experiences.

As a culture, I suspect that Modern Paganism has encouraged a level of spiritual laziness and materialism. When someone can simply walk down to a bookstore, pick up a copy of some Wicca 101 book, and then identify as Pagan, we have reduced our spirituality to little more than a fifteen dollar impulse purchase. Of course, many of us started out in that place, and that is a fine place to start, but this becomes problematic when people are not encouraged or even required to move further on. After reading a few Scott Cunningham books, a person is hardly prepared to receive channeled messages, and yet we tend to present personal gnosis as something that will just happen if you believe enough. The Gods will speak to you and open up the storehouses of the heavens if you just believe. Kenaz Filan and Raven Kaldera (2013)  explain:

Any religion that does not recognize and acknowledge any contemporary gnosis is a dead religion; its rituals are skeletons preserved in museums, and its priests are grave keepers. Sooner or later, any spiritual practice followed sincerely will lead to personal gnosis. (p.10)

Sincerity is the necessary measure for the emergence of gnosis, and gnosis will, guaranteed, occur. Furthermore, the experience of personal gnosis is to be taken as proof that you are doing it right. But how are you to differentiate between genuine spiritual knowing and simple narcissistic wish fulfillment? Filan and Kaldera (2013) quote Rose Alba, futher explaining, “Obviously, it’s important to draw a distinction between personal gnosis and fantasy, especially as imagination can be a channel for revelation” (p. 85). Unfortunately, we have yet to provide a basis for understanding the difference between revelation and imagination, particularly when even in the larger culture, imagination and inspiration are often spoken of as divine gifts. In this context, gnosis becomes little more than a spiritual toy, a shiny gift that validates the sincerity of someone’s spiritual practice and proves their righteousness.

Indeed, I  suggest that Modern Paganism often encourages a form of spiritual materialism. Michael Daniels (2005) lays out some of the associated risks:

Spiritual materialism, as described by Chögyam Trungpa (1973), represents an attitude of pleasure-seeking, spiritual greed and consumerism. From such a perspective the spiritual life is reduced to a demanding quest for gratifying subtle ‘experiences’ and new wonders (cf. Ferrer’s, 2002, critique of experientialism and spiritual narcissism).  Inevitably those who hold such a spiritually materialistic attitude lay themselves open to exploitation from the ever-growing and ever-regenerating bang of smiling, smooth-talking salesmen and saleswomen of the new age. (p. 76)

I think that as a community, we need to be very aware of the risk of presenting real spiritual experience as a commodity that all Pagans are entitled to. Gnosis and other spiritual experiences must be earned, and then we must have the discernment and self-knowledge to recognize them for what they are. We cannot go into the process with the expectation of reward. As Daniels (2005) comments:

Rewards, if they come at all, do so as an internal by-product. We should bear in mind that in the traditional mythic quest, not only is the goal of the quest imperfectly understood at the outset, but the interesting part of the story happens in via — the challenges and temptations of the path and the manner in which the hero overcomes the obstacles and defeats all foes. (p. 145)

It is a terrible mistake with any spiritual practice to assume that we are guaranteed particular results, or are entitled to some direct contact with the spiritual world. The practice itself must have some value to it, any other benefits are then added bonuses. It is important to recognize that,

Traditionally, most contemplative religions have regarded individual experiences and practices such as meditation as an important but partial element of a  larger system that also comprises communal life, strong ethical commitments, relationships with teachers, and the study of sacred scriptures. (Ferrer, 2002, p. 24)

Unfortunately, a good deal of Modern Paganism has stripped away the majority of the supporting requirements and techniques of spirituality. It is terribly important to recognize how spiritual experiences have been understood and contextualized throughout human history in a variety of practices and religions so that we, as modern spiritual explorers, can better understand our own experience through the experiences of our forebears. As Jorge Ferrer (2002) points out:

… in most traditions—such as Advaita Vedanta, many Buddhist schools and some forms of Christian monasticism—a period (usually lasting several years) of rigorous study of religious scriptures and “right views” is often rewarded as a prerequisite for meditative practice and the spiritual enactment of the teachings … . The immersion in experiential practices without an appropriate understanding of the teachings is generally considered not only premature but also potentially problematic. (p. 27)

When we look to terms like gnosis, we tend to forget that this term did not arise in isolation, but was supported by a variety of beliefs and techniques that comprised a particular worldview in which this type of knowing was contextualized. Furthermore, there were particular strategies employed to go about entering and experiencing the gnostic state. Now, gnosis, and, I assert, many other spiritual experiences, have been plundered from their original contexts and presented as complete in themselves, like bleached bones scattered across a barren desert.

I firmly believe that we need to be very aware of the dangers of both spiritual materialism and spiritual narcissism that can result from weak spiritual foundations. Essentially, we are expecting doctoral level results from bachelor level work. I honestly do think that the way that we as a community tend to discuss and contextualize profound spiritual experiences trivializes them. Not every person will ever experience every spiritual gift, and we need to be aware of that when we talk about these things. Furthermore, we need to be careful that we are not simply encouraging narcissistic and self-absorbed behavior under the heading of spiritual experience. Following A. H. Almaas, Jorge Ferrer explains:

The main symptoms of spiritual narcissism are,among others, a fragile sense of empowerment and self-importance; a preoccupation with one’s comparative spiritual status; a constant repetitious chattering about one’s spiritual experiences and achievements; a strong need for being positively reinforced and praised; a preoccupation with the sense of being special, chosen for some distinguish spiritual purpose, or preferred by spiritual teachers; an extreme idealization or demonization of spiritual teachers; serious difficulties in working with authority figures; and finally, an exaggerated susceptibility and defensiveness was any sort of criticism … (2002, p. 35)

As a community, we need to wary of these symptoms as they arise and work to remedy them, as well as to provide a community structure by which people can be encouraged to move beyond their own narcissistic desires.

For Paganism to function and grow into the next century, it must have strong foundations, and it is our responsibility both as individuals and as a community to invest the time and energy in strengthening not only ourselves, but others. We must be aware of the ramifications of our words and actions, and how we represent ourselves to those new to Paganism and the Pagan spiritual experience. 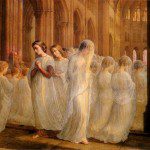 October 10, 2013
Loop of Brighid: Invocation of the Graces, A Brigidine Sacred Text - Part 9
Next Post 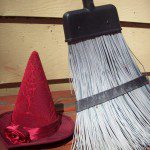 October 15, 2013 The Busy Witch: Missing Magic
Recent Comments
0 | Leave a Comment
"I absolutely resonated with this; there’s a John Wick action figure on my Mórrígan altar"
femmetac Making Light: My Little Pony on ..."
"This is great, thank you! Litha blessings!"
Elaine Kolp Salt City Pagan: How Pagans Celebrate ..."
"I think its awesome youre a Buddhist and a Pagan. Namaste! I became a Pagan ..."
Brianna LaPoint Salt City Pagan: Why I Choose ..."
"Energy cannot be created (what is having children then?) nor destroyed. I think that this ..."
Brianna LaPoint Salt City Pagan: Why I Choose ..."
Browse Our Archives
get the latest from
Agora
Sign up for our newsletter
POPULAR AT PATHEOS Pagan
1