In today’s world, words are easily exchanged. Promises are made off-handedly. Commitments are taken as light feathers or fleeting moments of interest, only to be discarded when they no longer serve their original purpose.

We live in a world where few are bound by their word, but this has not always been the case. In fact, historically the Norse people took the word of a person as being of utmost importance and if an oath had been made, it was expected that every measure would be taken to ensure its fulfillment. This was part of having honor. Men and women carried out their responsibilities with pride, for they knew the value of family, their gods, and the place that they held among those things. 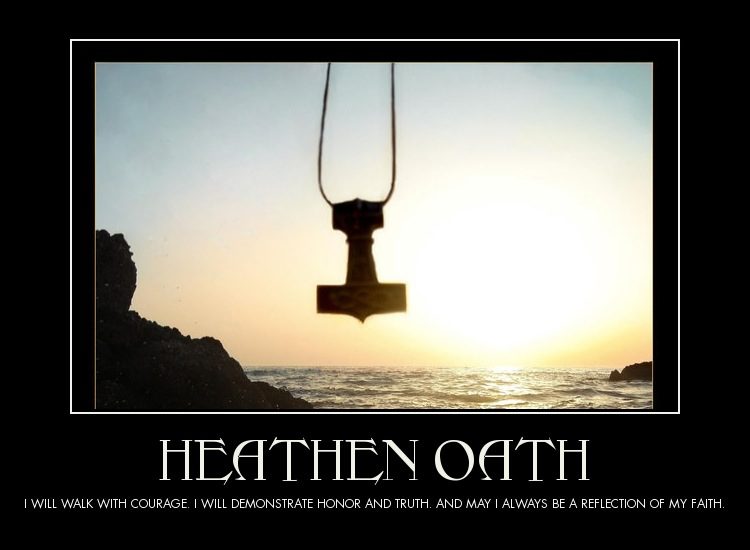 Does that mean that every person in Norse culture always acted honestly and with integrity? Does it mean that a lie was never told, or an oath broken? No. While great emphasis was placed on honor and keeping an oath that had been made, there was never a guarantee that someone would value that as a part of their character – just like today! Asatruar and Odinist alike believe that those who have led a corrupt life or one that consists of broken oaths and harmful intentions go to Náströnd upon their death. Their sentence will be one that fits the actions they committed, just as those who have lived a just, brave, and honorable life will be given a place befitting theirs. Náströnd is not the Christian “hell,” for no such place exists in heathen faith. However, we are aware that all actions are measured and weighed by council upon our death and do not expect that someone who has lived dishonorably will spend eternity in Valhalla. It doesn’t work that way. The entire weight of a person is taken into account, and honor is certainly placed highly into the examination.

What makes honor so important? Why should we still be concerned with keeping our word in a society that places such little importance on it? Heathens have no doctrine or dogma, but this does not mean we lack guidelines for conduct that honors our gods. The Hávamál, the sagas, and the attributes of the deities all play important roles in creating a foundation from which our values can be built. For instance, if our habits go against everything the Hávamál says, and we take no heed of the natural world and environment around us, then we are consciously deciding to ignore our gods and basic tenants of our faith-based values. Our spiritual leanings should complement to our personal habits in a way that honors ourselves and our gods. There doesn’t have to be a set of rules carved in stone for us to be aware of these things. Our minds and bodies are free to spin our wyrd, but being mindful of what keeps a measure of honor will help guide our part in spinning that web. We do not do things because a set of words tells us to; instead, we value the sacred truths within those texts in a way that is mirrored by how we stay true to the traditions, customs, and beliefs of our ancestors.

When you speak, and others can rely on what you say, you build trust. In addition to that, being honest is a gift that sets you free. It is healing and cathartic to release your own truths in a way that reflects your beliefs without fear. Once you get past the lies or the habit of breaking commitments, you gain a sense of pride in the knowledge that others are open to what you have to say — specifically because they see those words coming from a place of determined honesty and commitment. Others can learn from your courage in being open and demonstrating integrity through keeping your word whether or not someone else keeps theirs.

There may be times when someone’s word to us is broken. We cannot control how others value their own responsibilities, oaths, and honor. We do not own those things, and trying to make them our own (even if it affects us) would mean trying to merge ourselves with someone else’s understanding and choices. Every person sees, feels, and interprets things differently and not everyone lives by the same standards. In this, you’ll notice Gebo, Wunjo, Uruz, Raidho, and more being demonstrated through personal action.

If you’ve been deliberating on this, consider coming to Vár, the Norse goddess associated with oaths and promises. Read through the Hávamál, which reminds us to speak words of value. Carefully consider what you put into words. Take time to really consider what you’ve committed yourself to as far as roles and responsibilities, and do not over promise. When we aim to make everyone happy, we begin to stretch ourselves too thin and end up in roles that we may not have wanted to assume. Sometimes, it’s necessary to examine how we can narrow our responsibilities so that we are honoring our commitments with passion, yet not becoming exhausted or resentful.

As a society, there often seems to be a race towards the lowest common denominator. Opening a newspaper, or simply turning on the television, results in a blaring display of just how intense that race has become. However, we should strive to be more than the sum of our parts and model how and why honor is important. By keeping our words, staying close to our truths, and being resolute in our commitments and oaths, we can be beacons rather than a weights. This is a deliberate choice. 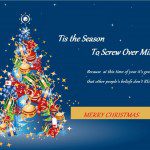