This blog post is part of the Patheos Book Club. Thanks to Christine Kraemer for bringing this to my attention and to Deborah Arca for curating the Book Club!

In Blessed by Less, by Susan V. Vogt, the author offers a guide to living lighter, complete with specific steps to take, scripture on which to meditate, and questions for reflection or discussion. She breaks down the process into small, doable chunks and includes ways to handle the intangibles like information, relationships, and memories.

By and large, this was an enjoyable read and fit very well with my ongoing efforts to rid my life of excessive stuff. In fact, I find this review quite timely, having followed my annual posting of the December 2008 Newsweek article, “Stuff is not Salvation” by Anna Quindlen. Blessed by Less is also an excellent companion piece to The Happiness Project by Gretchen Rubin. Both Vogt and Rubin spent a year working on living in a way that is lighter, freer, and more fulfilling, though Rubin looked at a wider range of that which contributed to her overall happiness and Vogt took a more focused approach. Where Blessed by Less is grounded in scripture, The Happiness Project is distinctly secular.

To return to Blessed by Less, I found that the principles behind her proposed methods of living lighter were sound. The author promotes mindfulness over asceticism. Questions about the balance between living lightly and living in destitution are addressed in the first three chapters and the author’s approach is both thoughtful and reasonable, ultimately emphasizing that the degree to which one wishes to reduce one’s material possessions is dependent on need, stage of life, and degree of willingness to let go. To that end, the author includes sections on “Connecting to Your Stage of Life” and “First Steps and Big Steps” so that one might choose one’s own adventure, as it were.

I did find myself skimming past the Bible verses, however. I don’t have much interest in Christianity and kept thinking throughout that I’d love to see a Buddhist version or a secular version of the same book. Meditations on the Buddhist approach to non-attachment would have been far more meaningful to me, though I wonder how a Pagan author might handle this topic as well. Since working on living lightly has long been a practice of mine, perhaps this is a topic I might write on at some later date. I’m not certain how I would connect this to my own faith tradition, but it would be an interesting and meaningful exercise. I’m already working on a fifteen minute daily devotional to Hestia that mainly involves cleaning my house and letting go of stuff would be an excellent way to make sacrifice to Dionysos as the god of freedom. Often, we Pagans focus on rituals and rites, but ordinary householder practice such as Susan Vogt describes in Blessed by Less can help to cultivate a deeper practice and a closer relationship with the gods.

Additionally, it’s obvious the author is coming from a place of greater plenty than I am. Much of what she describes, we’ve had to do out of necessity. In the section titled “Eat Less,” she describes an experiment wherein she and her family ate on the average food stamp budget of $4.50/day per person. She relates, “Mostly I gained understanding and compassion for those for whom a Food Stamp budget is an ongoing reality rather than a six-week experiment– people who don’t have the luxury of choice.” After some quick calculations, I discovered that the Food Stamp budget is actually a bit larger than our actual weekly grocery budget. Granted, the cost of living is pretty low here and one of the people in my household is a baby, but still, she refers to these less fortunate souls and “they” and “them,” while I could not help but read it as “we” and “us.” Food choices, energy efficiency, budgeting, and consuming less are a necessary way of life for us. While I appreciate the compassion, these sections were a little painful to read, and I wish I could speak from the same place of privilege.

All in all, I enjoyed this book and feel a renewed commitment to clearing out the physical, emotional, and spiritual clutter. During Hyperborea, I renew my devotion to Dionysos as the god of freedom and a practice of non-attachment is an important part of that devotion. As Vogt describes, “The spiritual paradox is that the less tightly I cling to my stuff, my way, and my concerns, the happier and more blessed I feel. Once I have enough, less is more.” While it’s not possible for me to abandon everything and wander in the woods as a Maenad in total devotion to the Wine King, I can let go of a great deal of the accumulated stuff both in my garage and in my spirit. There are few who wouldn’t benefit from a catharsis of the closet or from letting go of imagined necessities. While Blessed by Less is very distinctly a Christian book, Susan Vogt’s approach to living more lightly brings up important questions relevant to Pagans as well. 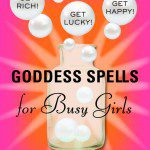 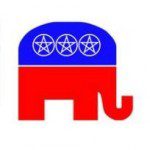 December 12, 2013 Wyrd Words: Conservative Pagans
Recent Comments
4 Comments | Leave a Comment
Browse Our Archives
get the latest from
Agora
Sign up for our newsletter
POPULAR AT PATHEOS Pagan
1