I had a really interesting review come in recently that assumed that, because I’m a Druid, I would want to mock and ridicule Christians. Of course when you start from that assumption, it’s all too easy to read in what you fear is true. 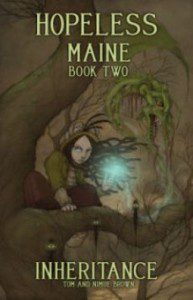 The book in question is Hopeless Maine Vol 2. It’s a gothic graphic novel; there’s a witch in it, and some New England old-style Christianity. Mostly the Christianity is based on reading Nathaniel Hawthorne, because he’s the nearest thing I’ve got to a period source.

It’s an interesting issue as an author. Most of the last 2000 years of western history have been informed, and often dominated, by Christianity. There’s only so many stories a person can tell about secret Pagan families and the only wisewoman in the village… As a Pagan and as an author, my interests are wider than the Pagan experience, and I want an audience that goes beyond you lovely, lovely Pagan readers. Pagan fiction is not a very big market, compared to Steampunk, or graphic novels. So I write what I love, and I write what interests me, I write about other times and other places and other people, and I feel it would be wrong to ignore the Christians.

I do, I will confess, take the piss out of everyone, sooner or later. There’s a lot of comedy in my work, and I take the piss out of Druids more mercilessly than any other group because that’s what I know about, and I feel entitled. It’s not spirituality I want to milk for giggles, but the silly, self-important, misguided things humans do, sometimes in the name of gods. That strikes me as being fair game. Devout and genuine faith is something I have no interest in mocking. But at the same time, there’s something irresistible about a chap who leaves the circus to take up preaching, and ends up quoting the Bible whilst striding about on stilts (Intelligent Designing for Amateurs).

I’ll happily attack that which is cruel and destructive. I’ll mock that which is foolish and self-important. I don’t really care whose name you’re doing it in. And at the same time, if you’re a warm hearted person of good intent doing the best they can with what you’ve got – I equally do not care whose name you’re doing it in. I’ll judge you by your actions and by the results you get.

There are things about Christian history that I really hate. They have to do with oppressing, killing, and torturing people. I have all the same issues with political regimes that act the same way. The underpinning belief has little relevance; it is just a convenient excuse, and those who want to abuse will find their reasons one way or another. But most Christians are people who happen to be Christian, no better or worse than anyone else, and in no way deserving attack or any kind of denigration. As an author, I’m attracted to the mad things people do, and there have been plenty of glorious crazy Christian examples through history. All those mystics, for a start. (You sat on what?) But I try and counterbalance that with figures who happen to have beliefs, who happen to be Pagan, or Christian, or atheist or some other thing, but where that’s not a major plot or character point.

It’s a shame, though, that someone seeing ‘Druid’ in my autobiography would assume that means ‘hates Christians’. The track record of relations between Pagans and Christians is not what it might be. I live in hope that will change in my lifetime. 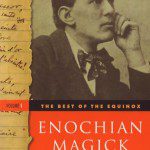 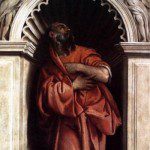 December 20, 2013 Syncretic Electric: Some Questions for Pagan Identity
Recent Comments
0 | Leave a Comment
Browse Our Archives
get the latest from
Agora
Sign up for our newsletter
POPULAR AT PATHEOS Pagan
1