Queer Spirit and the Temple of Witchcraft: An Interview with Steve Kenson

Have you heard of the Temple of Witchcraft? I first became aware of the Temple a few years ago, through a friend who is a member. I knew that the Temple’s core materials were based on the writings of Christopher Penczak, but otherwise, I had filed it away as simply one of the many eclectic Pagan traditions offering training to the public in person and online.

It wasn’t until I heard of the Temple’s crowdfunding initiative this year that I sat up and took notice. In October 2012, the Temple of Witchcraft bought a large Victorian house and barn in Salem, NH and began the process of converting the property into a mixed-use residential and religious space. After raising some tens of thousands of dollars to add a parking lot and otherwise bring the building up to code for public classes and rituals, just over a year later, the newly manifest Temple of Witchcraft is about to open its doors.

In addition to offering a five-year training program through its mystery school, public sabbats and esbats, a yearly festival, and a few closed rituals for its seminary students, the Temple of Witchcraft has a functioning council of thirteen lead ministers, each facilitating a particular area of ministry. Much as in traditional houses of worship, these ministries offer bereavement services, legal weddings, disaster relief services, and more – including a Queer Spirit ministry that is developing specifically queer rites of passage. Perhaps most impressively of all, much of this physical and organizational structure has been built in only four short years; the Temple incorporated as a nonprofit in 2009.

I sat down to chat with Steve Kenson, head of the Temple’s Gemini Ministry, about the history and culture of the Temple. Steve explained to me that the Temple was originally incorporated as a nonprofit to help graduates of the Temple’s mystery school, many of whom were interested in ministries other than teaching or leading ritual. Rather than the graduates having to reinvent the wheel by starting a series of nonprofits, the Temple functions as an umbrella organization that provides a legal structure for these efforts.

The Temple, Steve told me, is “an institution of individuals,” a bottom-up organization that provides opportunities for its ministers to realize their particular ministerial visions. Like the Temple’s Mystery School, the overall culture of the Temple is non-dogmatic and relatively nonhierarchical. Although particular individuals are appointed to handle necessary organizational responsibilities, in general, power rests in the hands of those who consistently show up and are willing to do the work. The Temple has no creed, but the Temple’s ministers (those who have completed a five-year training program and sought ordination) and members (those who have attended at least three events and have asked for membership) honor particular ethical principles and take a polytheistic viewpoint in their practices. Today, Temple events regularly draw between 100 and 150 people locally, with several hundred more connected through its online mystery school.

Many LGBTQ people have left the religions of their birth specifically because those religions did not affirm queer relationships or had negative, restrictive views on sexuality. As head of the Gemini Ministry, Steve Kenson handles the Temple’s communications and also oversees its Queer Spirit ministry, currently in development. I asked Steve about what services the Temple provides for queer members and what is planned for the future.

CHK: Steve, you mentioned to me that one of the purposes of the Temple’s Queer Spirit ministry is to explore queer mysteries. Can you say more about what “mystery” means in that context? 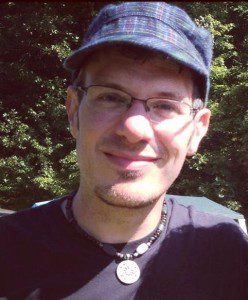 SK: A mystery is something that cannot be explained in mere words (although art often attempts to capture their essence). The mysteries must be experienced. In that regard, there are mysteries we all experience as human beings: birth, growth, aging, death, but there are also mysteries unique to certain peoples. As a cis-gendered male, I won’t experience the mystery of carrying or birthing a child, for example. By the same token, the coming out process—from the dawning sense of “otherness” through acceptance and public declaration of self—is a mystery heteronormative people don’t experience (although, interestingly, some witches do—after all, we call it “coming out of the broom closet” for a reason).

SK: Often, the purpose of a rite of passage is both to allow for the full exploration and experience of a mystery and to honor that experience. Historically, rites of passage are based on transitions: birth, adulthood, handfasting, parenthood, elderhood, and so forth. In addition to including everyone in those rites common to all, we want to be able to honor the particular mysteries, including things like coming out, self-healing, mentorship, and elderhood (a growing issue for both the queer and pagan communities as our population ages).

CHK: Will the Temple offer any kind of mentorship programs for queer youth?

SK: We don’t have any plans for such a program, but we’re a young, volunteer-driven organization, so if someone in the community sees the need and looks to fill it, we’re here to help! That said, we try to make mentorship a key part of our community in general: Mystery School students from Witchcraft III on are required to mentor a lower-level student, and ministers are encouraged to do so as well (I mentor three Mystery School students myself). The Mystery School staff is sensitive to students’ needs, based on their preferences and applications, and works to match them with suitable mentors, including those who can serve as good role models.

CHK: Looking at what the Temple offers today in terms of education and services, what would you say are its biggest strengths? What benefits might a seeker get from affiliating with the Temple that could be hard to find elsewhere?

SK: I think the Temple’s biggest strengths are in the diversity of our community and the dedication of our volunteers. The leads to great, inclusive ritual experiences and opportunities, and a robust education program that focuses on personal growth and development and exposure to a wide range of ideas and practices, with an eye towards allowing students to find what works for them as a part of their personal practice. The structure of the online Mystery School is both flexible and structured, holding students to account and while at the same time encouraging them to pursue their studies, for the kind of experience you don’t have working on your own. That, ultimately, is the reason to be involved in something like the Temple of Witchcraft: to not be alone, but to be part of a larger community, with all the opportunities and responsibilities that come with it.

I look forward to seeing how the Temple develops as it settles into its permanent space. Many thanks to Steve Kenson for his time and thoughts! 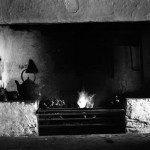 January 15, 2014
Druid Thoughts: Paganism - Indoors or Outside?
Next Post 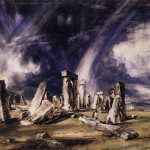