Heathen Woman: The Reality of Odin 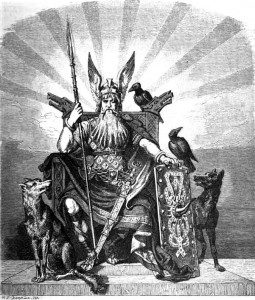 Do you believe that Odin is a real, living god? This is a question that I’ve encountered numerous times since I began teaching, and though the answer may differ depending on whom you ask, my answer is always the same: Yes!

The next question is usually along the lines of “How do you know that you’re experiencing him versus your own personal thoughts?” Doubt is one of the first aspects of existential thought that we learn. After all, mankind has made great advancements through questioning and evaluating various “truths.” As children, our minds naturally wander, ever in pursuit of the fantastic. Children don’t enter this world jaded; their minds are open to those things that are energetically driven no matter how they are presented (spiritually, physically, etc.). As we age, we tend to put these feelings and pursuits aside, and in the process we often are left with creative limitations, binding us to what we can perceive with our basic physical senses. Having a personal connection with Odin, however, requires an individual to again open the mind and embrace the willingness to allow his ecstatic, roaring nature to flow within us. That is when we begin to “feel” him without touching and sense his presence in our daily lives.

Doubt, in my opinion, is one of the most self-defeating feelings that we possess. Doubt can chain us to the bottom of metaphorical mountains that we could otherwise have scaled, if it weren’t for the deep need to know with certainty that we would succeed, or that what we perceived was indeed real. To that point, I give you a visualization to meditate on: When the wind blows across your face, do you feel it? Of course you do. However, you can’t see it, taste it, or touch it, but you know it’s real and you trust the experience. Forming a relationship with any deity is very similar. Instead of doubt, we need to trust ourselves and the experience. Do not give way to the idea that you could be mistaken. If you feel something in your heart and throughout your being, then that experience is for you to own. Questioning it diminishes the experience. Consider that the messages that you perceive from the runes, meditation, the gods, or other spiritual sources are natural ways of reaching beyond what is physically limiting. A helpful way of working through these experiences is to keep a journal of your spiritual path filled with observations and thoughts that detail your personal experiences.

Odin’s personifications are diverse, as are the roles that he assumes. In some ways, it may be easier to perceive the presence of gods such as Thor and Freya, since we can clearly see and feel an approaching storm or the blossoming fertile beauty in a colorful field of flowers. We immediately appreciate these things as connective natural forces stemming from the gods themselves, and we then begin to explore their other aspects, such as Thor’s protection of mankind or Freya’s connection to war and death. In peeling back the layers that initially begin with a physical sense, our minds tend to open more easily to the broader personifications of our gods.

Odin, though, is a bit different. Our ancestors witnessed wars, the carrion birds awaiting their turn at what lay dying on the battlefield. In today’s world, many of us have been sheltered from those sights, yet it was upon the red battlefield that Odin’s mighty presence was certainly felt and clearly seen. The rage of the Berserker, the tactical measures of the Úlfhéðnar, and kings in pursuit of their dynasties were very real images, and hence Odin was measured as a god that was always in charge and ever close to the tribes.

So how do we experience Odin now? We must look at all of the aspects of him. In addition to being a war chief and considered king, he was also a leader, the harnesser of runes, a spiritual guide, and a traveler. Odin sought wisdom in widespread endeavors, and in learning about them, we can develop our own insights about why these aspects of him are important. Odin is the Allfather and thus all-encompassing, not in a necessarily omnipotent way, but more in the perspective of the wise sage who is ever in pursuit of wisdom in all matters. Visualizing Odin as a multi-layered deity that possesses much more than the ability to incite a war is the first step in forming a deeper connection to him. It can also help offset some of the trepidation that some feel when they consider seeking him out.

Secondly, Odin’s traits include very human characteristics including love, social demands, fallacy, defeat, passion, and other traits that are part of our daily lives. In other words, Odin not only understands what it’s like to be human, he fully embodies those qualities. For those who have come to heathenry through a Christian upbringing, it’s common to see Odin elevated to a Christ-like position because of lifelong associations of an all-knowing supernatural deity. There are major differences that need to be considered, however; while this kind of thinking may be a hard habit to break, it’s essential so that we are able to develop a personal connection to him from a heathen perspective. It’s important to see Odin as a strong leader who owns a great deal of lived experience. We can gain a deeper insight into him by grasping not only the god that he is, but also how his understanding directly relates to the lives of men and women. It is then that we can begin to understand the reality, and not just the mythology, of Odin himself. 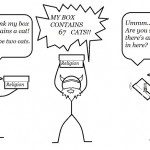 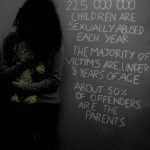