Heathen Woman: We Are Our Deeds 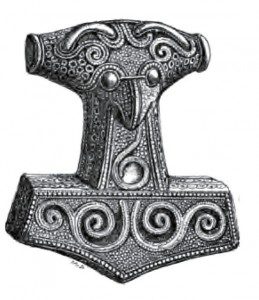 “We are our deeds.” How many times have you seen those words passed around in heathen circles? They are a reminder to be mindful of where we put our time and energy. Heathens talk a lot about honor, character, and wisdom and recognizing that we are, in fact, what we commit ourselves to. Those commitments are a direct reflection of how well we respect ourselves.

Every person has their own ideals, convictions and lines that they will not cross, because to do so would go against their personal beliefs. In that way, a parameter is drawn around what we believe to be right, separating it from what we believe would bring us dishonor. Our deeds are also reflected in the words we speak. In a modern day society where everyone has the capability of expressing their thoughts and opinions at the click of a keyboard, it becomes easy to see that some folks are only interested in conveying their own agendas to the larger social community. While a policy of being self-serving could be technically defined as a value, it’s not a value that does any greater good. When we say “we are our deeds,” the phrase is meant to carry a weight of accountability and personal strength, not one of selfishness.

Some people would claim that heathenry has no defined morality, and therefore all independent action is both acceptable and appreciated. While this idea holds a grain of truth, our web of wyrd is always being spun and directly relates to what we do and say. It creates a balance of weights and measures that applies to each and every person, regardless of their faith. To point this out isn’t moralizing; it is a reminder that all fall upon the web and that no one is immune to the outcomes that we ourselves create.

Did you ever play the telephone game as a child, where one person whispered in another person’s ear until the message came back to the first person in the circle? If so, how accurate was that message by the time it came back around? Not very, if at all. The same applies on any social media network. One person airs a complaint about someone else and it passes through their friends, groups, and other message boards until it comes back around in a way that doesn’t at all reflect what was initially said. This is why gossip is often a problematic way of communicating. However, if we’ve started that thread of gossip, then we’re directly responsible for the outcome. If we participate in gossip, we spin a vision of our own selves into the mash-up. Often we do so at our own expense, because many of the people we “know” online are actually just strangers. Risking our honor on the word of a stranger is not something most of us would do in the real world, but it’s done every day online. How many times do you see someone on a forum say, “Stop. Take this back to the original person and leave me out of it”? Those types of deeds tell the social community who you are as a person and what you’re willing to participate in. So, in some ways, our character and honor are defined by such extensions of ourselves. We also convey who we are and what we believe by keeping our traditions alive and sacred: setting up an altar, holding a blot, or hosting a community moot for other heathens to attend. These types of interactions build community as well as our personal connections with the gods.

The words we speak and how we represent ourselves reflect our character and honor. What the heathens of the past said to their community members carried a lot of weight – especially if they questioned someone’s honor. In fact, an openly aired grievance at the Thing would require weregild to be paid to the wronged party after the issue was decided upon by the chieftain. Words then, as they do now, reflect on the one who speaks them. Our deeds either do, or do not, build honor and reflect our personal truths. “We are our deeds” carries a great deal of significance in heathenry because it requires full accountability of our choices. Mindfulness in the greater decisions, and also in the finer details, both create our character.

In our daily lives. we have a variety of roles and responsibilities to meet. We have the opportunity many times a day to build on our deeds through work and personal relationships. Even though our various interpersonal connections are more extended in modern society than in the past, it doesn’t mean that our values aren’t noticed or appreciated. It just means that we need to be mindful of how we represent ourselves. Actions always speak louder than words. Lending a kind or supportive word does more good than repeating the echoes of negative mass opinion. It accomplishes nothing to play into the endless childish games that abound in our society, games that meet the interests of a few but are detrimental to the whole.

The Hávamál has this to say about it:

“A kind word need not cost much,
The price of praise can be cheap:
With half a loaf and an empty cup
I found myself a friend”

“Wise is he not who is never silent,
Mouthing meaningless words:
A glib tongue that goes on chattering
Sings to its own harm.”

With these passages, Odin reminds us to speak words that hold value instead of mockery, and to convey wisdom instead of empty vessels. Our words, convictions, and actions are all part of our deeds. May they be ones which honor our selves and our gods. 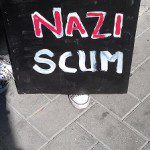 April 7, 2014 Birthing Hereditary Witchcraft: Good Parents = Good Kids?
Recent Comments
0 | Leave a Comment
"Yes, thats why its called Patheos: Pagan. Patheos is a multi belief website with blogs ..."
Michelle Gillian The Dance of Pagan Recovery: Welcome ..."
"Simply vile and disgusting how a supposed catholic website or blog is fooling its readers ..."
Luis rodrigues coelho The Dance of Pagan Recovery: Welcome ..."
"What's kind of kooky about being disabled and invisible, or different and invisible, is that ..."
JenniWest The Corner Crone: Why Are You ..."
"This really sounds interesting. Health is so important."
WildestSea The Corner Crone: The Witch’s Guide ..."
Browse Our Archives
Related posts from Agora