I’m a little bit late with this post (okay, a LOT late), but April/May gets to be hectic for a mom with a kid in school. The culmination of after school activities alone are enough to wear me out. I thought I’d take a little bit of a different approach this time and share a story with you. This is one of the most important stories in the Mythos for me and it is one that we tell on  Thargelia Night as we eat the last of the stored food. For the most part, this is Leto’s story, but I also think of it as Artemis’ story because it’s how She came to be. This story shows her first act to be one of creation and compassion and shows partly why she and her brother are so close.

While I have taken great care to research the Gods and Goddesses involved, I have also taken great liberties with the story. This has been a process of mindful writing and I have taken care to let the Muses and the Theoi guide me in this. So, without further ado:

Thargelia Night or: The Birth of Artemis and Apollo, according to Sunweaver

Once upon a time, a long time ago, the goddess Phoebe and the god Koios had two daughters, Asteria and Leto. Asteria became Goddess of Stars and Dreams and shone brightly for all to see. Leto’s beauty rivals that of her sister’s, but in those days, few had seen her without her veil. She became Goddess of Hidden Light. 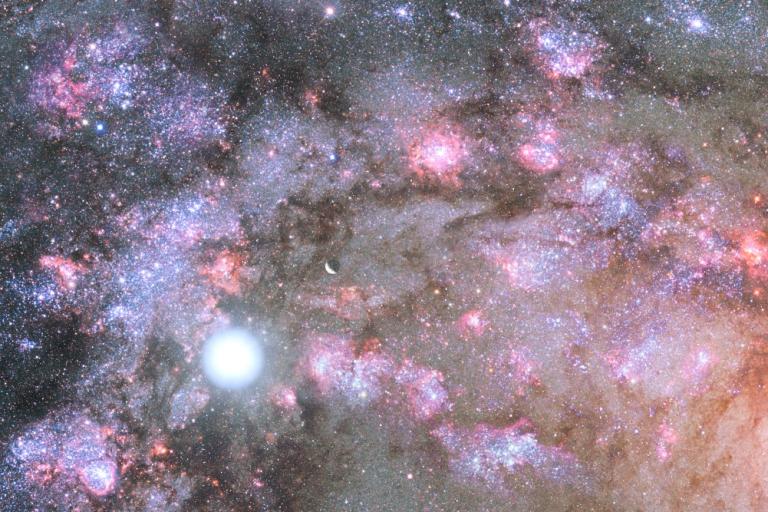 Father Zeus had seen beautiful Asteria and chased her through the cosmos, but though she was flattered, she was not interested. When Zeus would not relent, she transformed herself into the humble quail and then set herself down in the sea and became the bare and rocky island of Delos, which in those days was not attached to the Earth and floated freely about the sea.

Leto, who loved her sister, visited Delos often. Zeus, still searching for Asteria, came upon the island and sat upon a large rock, wondering where the lovely goddess had gone, not knowing that she was under his feet. Here he saw veiled Leto, who spoke aloud, spinning stories of the universe. He listened in silence, captivated by her gentle words, and returned every day to the island to hear more stories.

After a few days, she approached him and began telling stories as she usually did, but this time to Zeus and to Asteria beneath her feet. He was drawn to her intelligence and the joy she brought with her stories of mysteries revealed. Their love grew over time and she eventually allowed him to see her without her veil.

Her hidden beauty was striking and he desired nothing more than to be with her. She desired to be with him, drawn to his strength and regal bearing. Not long after, they shared their love beneath the palms of Delos. As time went on, Leto felt the presence of two new little beings inside her and she grew round and even more radiant.

Months passed and round Leto began to grow very heavy. Some would say that jealous Hera had captured Eileithyia, goddess of childbirth, to prevent her from aiding Leto. They might also say that Hera prevented her from giving birth on solid ground, causing her to wander the Earth in search of a place to have her children.

But perhaps there’s a different way to tell this story. Eileithyia was away, sent by the Fates to the lands beyond the North, Hyperborea, to rest from her work. She was weary and so obeyed, not knowing that Leto’s time would come while she was away. This, the Fates had planned, for the glory of Leto’s children would be made greater by the struggle in their making. No great thing was ever easy.

So it was that during Eileithyia’s absence, Leto searched for a place to bring her children into the light. She knew that the birth of an immortal god was no small matter. A mortal birth can rend, shake, and burn the mother, but an immortal birth might do the same to the fabric of space and time. Leto, being a gentle goddess, searched for a place that was barren and not connected to the rest of the Earth so that the creation of her children would not be the cause of others’ destruction.

For nine days she wandered, searching for the right place as the pains of birth began. Tired from her journey and from her labor, she rested on a beach in despair. As she rose to continue her search, she saw a pod of dolphins that seemed to call her name and against all sense and reason, she waded into the ocean to meet them. Laughing, they carried her to Delos and Leto remembered her sister, Asteria, who had transformed herself into a floating island, bare and rocky save for a few common palms.

Almost as soon as she set foot upon Delos, the birth pains came hard and fast. Leto called for Eileithyia’s help, but there was no answer. Hearing Leto’s plea, Iris set off to find Eileithyia, but the journey to Hyperborea was long and difficult, even for swift-footed Iris. So Leto labored beneath the palms where she had first embraced Lord Zeus.

Artemis was born first, black curls framing a fair face with eyes deep hazel. Her cries shook the mountains and nymphs and driads and other spirits of the wilderness turned their ears toward Delos. As she took her first breaths, she saw that her mother was in pain and that they were alone. Her brother was yet to be born and Artemis called for Eileithyia, but again, no answer came.

Leto held tight to a palm tree as she labored, Artemis calming her with a gentle touch as she tried to coax her brother out. Hours passed and still Eileithyia was nowhere to be found. Gentle Leto cried out and bore down, but her son would not be born.

Artemis called to him, turned him, and urged her mother to bear down one more time. Then, after great difficulty, Apollo was born, golden hair with a face as fair as his sister’s and gold-brown eyes that shone. His cries tore and burned the ground beneath them and to this day, very little grows there.

Iris returned with Eileithyia, who gave the Holy Twins nectar and ambrosia, thus welcoming them to join the rest of the family on Olympos. Grateful for what Delos had done, Leto asked that temples be built there and that the island be made sacred ground forever. So Delos set down pillars of stone into the Earth and people came to build temples.

Though the temples have long ago crumbled, Delos remains sacred ground. It is said that out of respect for Leto’s suffering, mortals are discouraged from giving birth there.

Artemis came to be Goddess of the Wilderness and She who Aids in Childbirth. Apollo became The Bright One, for he much resembled his grandmother, Phoebe. There are many more stories about Them, but this is how They came to be.

I have called to Them many times and many times They have blessed me: They who delight in arrows and Their Holy Mother, gentle Leto of the Hidden Beauty. May they bless you this year and through all of your lifetimes.

May 19, 2014 Birthing Hereditary Witchcraft: Power Is Not Enough
Recent Comments
4 Comments | Leave a Comment
Browse Our Archives
get the latest from
Agora
Sign up for our newsletter
POPULAR AT PATHEOS Pagan
1