This is my first post for the Patheos Pagan channel. I’ll be contributing a column twice a month from now on and will be concentrating mostly on the queer end of Paganism. I’m not the only queer person in this particular village, of course, nor will I be the only person talking about queer issues, but this column will be a little different in that this will be its main focus.

I can’t speak for all Pagans, all queers, or for that matter all queer Pagans. I have no claim to any special position of power from which I can make pronouncements. Most of you probably don’t know me. I’m certainly not a Big Name Pagan in any sense. I’ve been around the block a few times, however. I’m a 3rd degree witch of a nominally Alexandrian line and a Golden Dawn practitioner, and I have some involvement in goetic and Enochian magic. I got plugged in to witchcraft inadvertently in my late teens (a story for another post), then was basically solitary until I moved to the bay area of California nearly a decade ago. Since then, I’ve been involved with the community locally, studying Feri for a while, then co-founding the Circle of Cerridwen and later the Witches Order of the Golden Dawn. If you’re a Pantheacon-goer, you might have run across our suite on the 9th floor some time in the last couple of years. If you attended the few years before that, you may remember the big blowup around trans exclusion by the Dianic community — at least in part, that was us. I wrote the open letter that got widely distributed around the con the day before the big bang happened, and then the Pagan internet kind of lost it for a while. In the few months following that dustup, my coven and friends sponsored the anthology Gender and Transgender in Modern Paganism as a means to keep the conversation going in a relatively civilized manner.

I’m a trans woman, legally married in the State of California to a cis woman, Gina Pond. That’s the short version, anyway — the whole story probably would run to a book. I like to remind people that my being trans is probably the least interesting thing about me. By profession I’m an engineer, with a day job that involves designing bits of spacecraft for NASA. I’m a reluctant activist. I tend to get involved because it needs doing, not because I’m called to do so. I have a habit of speaking truth to power, particularly when power is being unjustly wielded.

I strongly believe in the principles of radical inclusion. I’d practiced this approach to life for a long time before reading Bishop Yvette Flunder’s book, Where the Edge Gathers, and finally found something to call it. Radical inclusion isn’t easy. It basically means making a commitment to including everyone, regardless of race, gender orientation (or lack thereof), affectional orientation (or lack thereof), HIV status, economic background, eye color, hair color, sock size, operating system preference, political or religious affiliation, everything. If there is a way to make a distinction, to draw a line, radical inclusion means making a commitment to acknowledge that line and to accept the person anyway.

Since the ouster of Brendan Eich as CEO of Mozilla, inclusion and inclusiveness have been keywords whose meanings have been drifting, probably due in no small part to spin deliberately emitted by the political right wing. I’ll make this clear right now: I have no respect for people who seek to exclude others. Enabling exclusion by supporting the right of individuals and groups to exclude is just exclusion one step removed, though it has become an embarrassingly common rhetorical cheap trick to redefine this as inclusiveness. I reserve the right (since I also possess the right of free speech) to call people on this and to point out their hypocrisy.

Would I allow a noted transphobe to attend a public gathering? Yes. Would I unceremoniously show them the door if they sought to harm someone? You bet I would. Would I allow them back if they were willing to learn and to make amends? Yes, absolutely. Genuinely embracing radical inclusion means making a commitment to giving people exactly that kind of second chance.

Free speech doesn’t mean a license to say anything you like and have people thank you for it, but it does mean that you have a right to say it. It doesn’t mean that anyone owes you a platform from which to speak. 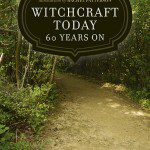 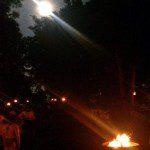 June 20, 2014 The Zen Pagan: Festival Paganism as Pilgrimage
Recent Comments
0 | Leave a Comment
"This is great, thank you! Litha blessings!"
Elaine Kolp Salt City Pagan: How Pagans Celebrate ..."
"I think its awesome youre a Buddhist and a Pagan. Namaste! I became a Pagan ..."
Brianna LaPoint Salt City Pagan: Why I Choose ..."
"Energy cannot be created (what is having children then?) nor destroyed. I think that this ..."
Brianna LaPoint Salt City Pagan: Why I Choose ..."
"Just a quick note to say that I very much appreciate your melding of science ..."
Katherine Osburn Salt City Pagan: Expanding on Disbelief
Browse Our Archives
get the latest from
Agora
Sign up for our newsletter
POPULAR AT PATHEOS Pagan
1