I stand before the shrine, my heart beating faster and faster as I get ready to present the pillow I made. I say my opening prayers and make the first round of offerings, raise up the agalma, place the pillow under it, and set it back down. The fit is perfect. I perform some divination to make sure everything went over well and it appears that it did. Athena was satisfied with my handiwork and the effort put into making the log cabin pillow.

Athena first compelled me to get involved with Hellenic Polytheism, and She provided the first impetus for me to begin worshiping the other theoi. She has seen me through severe financial hardships and a rough break-up and has saved me from the brink of failure. When I wake up in the mornings I see her statue first, and in the second round of libations I pour (the first always goes to Hestia), she is honored first. Her shrine receives the most offerings and her name is upon my lips the most. In times of fear, I pray to her for courage. When I need to keep my cool, I pray to her for calm. She is to my life what the sun is to an oak tree. As with the sun, sometimes there are clouds in the way that prevent me from feeling her radiating warmth. Other times the intensity of her presence is so strong that it almost hurts.

To say that Athena is important to me would be one of the biggest understatements I could make. Her presence in my life is its driving force. Everything of any import inevitably becomes oriented towards Her and what She would have me do. Yet, this doesn’t make life easier. I still struggle. I still have to earn a living and try to make ends meet. I get angry, behave childishly, and do things that are unwise. I act rashly and do things that embarrass me, yet at the end of the day I still feel the gentle and guiding hand of the Grey-Eyed Maiden in my life.  She allows for errors, I have discovered, but not for laziness. I have found that, as I delve deeper into her worship and into the mysteries that make her her, I am forced to be brutally honest with myself and my motivations. Was I truly incapable of doing something, or did laziness and a lack of discipline get in the way? Honesty has been the key in developing a deeper connection with the Weaver.

Do not mistake her centrality in my life for a belief that she is some kind of divine “helicopter parent,” because I don’t believe that for a single moment. She does not exist to remedy my worries. My relationship with her is not as it is because she desires that I become a better person. Rather, I must become a better person because of what she would have me do. If I am to do the work the she wishes for me to do, there are certain traits and abilities in my life that I have to cultivate. Bluntly put, I’m only 21. I don’t have the experience necessary to do the things she’d have me do. So I train, I cultivate, I stop and meditate at her shrine and ask myself whether the decisions I’m making are going to make me into the kind of man who can do the work she’d have me do… or if I’m going to be the kind of man who just floats on through, who says to himself “good enough” and meets the minimum expectations.

Maybe that sounds a little self-flagellating, but I’m well aware of how easy it is to fall into the mindset of “good enough” and stop pushing yourself. I’ve learned that there is always a chance to refine your skills. And sometimes those skills serve in unexpected ways and take you in strange and new territory. Learning to sew, for example, led me to think about Athena’s many roles and epithets. It also taught me to be patient, to stay calm in the face of failures and set-backs, to avoid frustration when my fellows are sewing more beautifully and effortlessly than me. I learned that sometimes you have to go at your own pace.

I decided to learn how to sew and make costumes because sewing and handicrafts are in Athena’s domain. When I gave that pillow to Athena, I was not simply giving a gift. It was a thank you for all the ways that I became a better person simply by exploring the skills she governs. It was a thank you for the direction she provides my life.

I think I’ll start on another pillow. 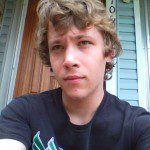 Conor O’Bryan Warren is a Hellenic Polytheist who strives to bring back the rites and worship of his gods. He is an actor, writer, and student at the University of North Texas. He is also a member of Hellenion and manages his own blog at http://undertheowlswing.wordpress.com. Conor happily resides in Texas and spends his down time playing WoW with his boyfriend or Left 4 Dead with his roommate. 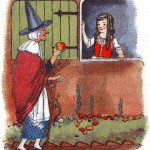 Water and mirror scrying, crystal ball, pendulum and...
Scrying is the art of telling the future using a reflective surface...

The Allure of the Swamp Witch
A few years ago, I started calling myself a swamp witch when...
view all Pagan blogs
What Are Your Thoughts?leave a comment
Copyright 2008-2020, Patheos. All rights reserved.