Which descriptive title I use for myself depends a lot on who I’m talking to. In conversations with people who are neither Pagan nor part of the non-Pagan strands of Druidry, I try to stay away from religious identity. There are odd exceptions – people interested in sharing ideas and trading experiences with no judgement or desire to convert… but mostly it’s not a topic I bring up, and if it comes up, I tend to skim over it because trying to explain what I think takes a lot of effort, and in those contexts, it is often pointless anyway.

When I’m talking to other Druids, I tend not only to say ’Druid’, but to qualify that a bit. There are many different kinds of Druidry: it means very different things to different practitioners whilst having a heartwood of commonality that isn’t easily expressed. I’m OBOD-trained, but I look nothing like a stereotypical OBOD Druid – I don’t do robes, much less white ones. I don’t do organised ritual much, and when I do, I prefer to be free form, so ‘feral’ and ‘improvised’ are also frequently words on my list.

When I started out along this path, I mostly self-identified as ‘Pagan’. Even when I became aware that Druidry was the direction for me, it was a long time before I felt able to use the word. “Druid” is a weighty word, implying knowledge and skill. I still have regular rounds of not feeling qualified to speak as a Druid, and I’ve been doing this for more than a decade now… “Pagan” is an entirely egalitarian term, available to anyone who wants it. A Pagan is simply someone who has chosen a path and a perspective, and beyond that nothing much is implied, which makes it a lot more comfortable.

For a while, I wanted very specifically to speak to Druidry, from a Druidic perspective. There’s been a real flourishing in Druid thinking and publication in the last five years or so, but when I started that certainly wasn’t the case, and a small number of big names provided almost all the content. I started www.druidlife.wordpress.com because I wanted to reflect on my experiences of trying to live my everyday life as a Druid. Druid Thoughts is an overtly Druid column, although I’ve used it increasingly to talk about broader Pagan issues. My first few books had ‘Druid’ in the title.

Now I find I want to think about more universal aspects of belief and spirituality. I think a lot of the things I’m exploring have wider significance beyond Druidry, and I’m all too aware that if I put material out under the ‘Druid’ label, I’m not going to reach as many people as if I use the term ‘Pagan’. It’s not just a cynical marketing issue, but a question of how useful it is to break things down to their smallest categories. ‘When an OBOD-trained but essentially rather feral Druid with maybeist tendencies prays’ would have been a rather longwinded title, and it would have excluded more people than it included. I’d rather include people. 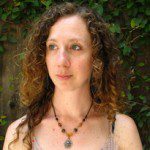