Jewish Witch: The Witch in the Prayer Shawl – The Power of Sacred Garments

Jewish Witch: The Witch in the Prayer Shawl – The Power of Sacred Garments July 15, 2014 Asa West

A few weeks ago I had a prophetic dream.

Wait, I should define “prophetic.” I don’t mean that a deity appeared to me in a blaze of blinding light and told me to go change the world. Prophetic is the term I use whenever I have a  dream that seems to have come from outside of me–a dream that has that startling little sparkle of the Divine. Prophets, as I learned from my Jewish community, can be ordinary people with a gift for leadership. Prophecy can be mundane, on the scale of a neighborhood, a household, a self.

When I dedicated myself to the Morrígan and then dreamed that an older woman was teaching me to dance in a crows’ hatching ground, that was prophetic, even if I didn’t ride into battle the next morning.

So: this dream I had. In the dream, I was digging through my belongings when I came across a box labeled “witch tools.” Intrigued, I opened it, and found that it was filled with hundreds of metal tapestry needles, the kind I use in my knitting to weave in the ends of a finished piece. I had a flash of recognition. Of course, I thought.

When I woke up, I had no idea what the dream meant. My dream self didn’t deign to tell my waking self what that flash of recognition was, so I spent the whole next day pondering it. Eventually I wondered if it had something to do with that prayer shawl I’d been thinking about knitting.

My Witch’s prayer shawl. The garment that would label me an oddball in one community and a blasphemer in another.

I should back up here.

One of the first things I learned about Witchcraft was that you were supposed to get yourself a robe. You know, for when it was too chilly to be in the buff. I looked at the cover of Wicca for the Solitary Practitioner, and then the robes in my mail-order catalogs. I grimaced. One of my very first decisions as a teenage Witch was that robes–at least, the quality of robes I could make myself or afford to buy–weren’t for me. What we put on our bodies, and the corresponding image that creates, holds a lot of power, and I couldn’t see myself being very powerful in a shapeless thing that would catch fire on candles.

And yet…it never felt quite right to do ritual in my street clothes. Sure, many of us Witches have some pretty fabulous wardrobes, and any public ritual will be chock-full of velvet cloaks and bird masks and jingling metal belts and hand-dyed scarves and layers and layers of skirts. Yes, I have a few articles of clothing that I like to wear for ritual: skirts that are good to dance in, scarves and sweaters that evoke a particular element. But it does feel a little unsatisfying to wear something to a Samhain ritual one night, and then to work a couple of days later.

If you’ve seen Jewish men (and, increasingly, women) in worship, you’ve no doubt noticed the fringed prayer shawls draped over them. I won’t get into the theology behind the tallis here–you can Google it easily enough–but suffice it to say that putting on a tallis signals the beginning of ritual or prayer, putting oneself in a space conducive to sacred work. To me, the donning of the tallis is like the practice of grounding before magic: you clear away distractions, infuse yourself with what’s vital, and tune in to what’s calling you.

Over the past year, I’ve started thinking about the prayer shawl in terms of Witchcraft. I like the idea of having a garment I can slip on over my street clothes for morning and evening devotionals. True, a shawl might be hard to keep on if I’m dancing or drumming, but it’d be super nice for trance work on a cool night. There is, as always, the candle issue–I can too easily imagine shrieking and stomping on my beloved shawl as it burns into a mess of charred wool–but I like the idea of having one garment that I consistently wear while working magic. I like the thought of building up power in that garment, even if I can’t wear it for every single activity.

A couple of years ago I got some beautiful green lace-weight yarn, but couldn’t figure out what to do with it. I knit a test swatch for a dress, but decided the yarn was too thin to withstand ripping if I sat on a rough surface. It lay in my bin for awhile until I got a book on Estonian lace.

Shortly after, the idea of knitting a prayer shawl came to me. With my green yarn, in a delicate leaf pattern, and maybe fringe along the edges. I thought about the possibility of magical words and symbols, perhaps embroidered onto a ribbon that I could attach where the shawl would rest against my neck, a Pagan version of the Jewish atara.

Of course, it wouldn’t be a true tallis. There are specific criteria for a tallis that I have no intention of following. If most Jews found out what I was doing, they’d either laugh or be offended.

And other Witches? Sure, most might think it was cool. (I’ve received lots of praise for my lace knitting. I swear one of these days I’ll enter it in the county fair.) Or they might think it was weird, a stubborn holdout from a religion incompatible with what I was practicing.

Until I had that dream, the prayer shawl was an idle thought, a someday project. But now I feel a pleasant sense of urgency about it. The needles weren’t just telling me to work on it–they were telling me to finish it. Finish it and use it. Drape myself in green and work magic.

I’ve learned to be unapologetic about extracting useful tools from my heritage and my people. Tools for our craft are everywhere–we need only reach out and put them on. 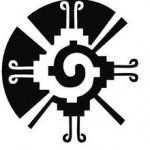 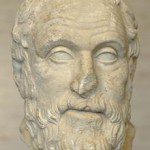 July 16, 2014 Druid Thoughts: The Pagan Sceptic
Recent Comments
0 | Leave a Comment
"I love your Anubis articles so much - they've helped me tremendously as I go ..."
Misha F Of Light & Shadow: Connecting with ..."
"I'm glad there will be 25,000 troops on inauguration. What went down Jan. 6 was ..."
kenofken Between Two Worlds: Chaotic Beginnings, Covid-19 ..."
"So glad you commented on a year-old blog post to share your compassion-filled, edifying, and ..."
MrFribbles Beyond Binary Witchcraft: In Praise of ..."
"Social Justice Warriors are unstable lunatics; wokeness, PC, virtual-signal, identity politics, intersectional feminism, complete madness. ..."
BrainSync Beyond Binary Witchcraft: In Praise of ..."
Browse Our Archives
get the latest from
Agora
Sign up for our newsletter
POPULAR AT PATHEOS Pagan
1