Recently, Jason Pitzl-Waters wrote a fantastic article called “Wagging the Dog”, in which he notes that the “Pagan Community” that we observe online through various blogospheres actually only represents a very tiny fraction of our entire population. When web pages (like this one) are the only way some of us are able to interact with the larger community, it’s easy to forget that the conversations and debates that rock the boats here don’t necessarily have as much impact on the offline world.

As much as I’d love to tell myself that we bloggers are all that and a bag of chips, the reality is that Jason’s not wrong. The reason the Pagan Blogosphere is constantly running in circles is at least partially because it’s composed almost entirely of a small group of very passionate, and stubbornly opinionated, writers. It’s not even that most of the community doesn’t get a chance to participate in these debates; in reality the vast majority of the community isn’t even aware that these debates are going on. It’s towards the end of “Wagging the Dog” that Jason asks the $1,000,000 question.

How do we engage more of the million? I realize this is a porcupine telling people we should stick them with quills, but my answer was more, and better, Pagan media. Journalism gives people a sense of connectedness to a world outside of themselves. I don’t mean endless editorializing, I mean information. I mean narratives about what is happening the next state, or the next country, over. Actual journalism within the Pagan media sphere is still a tiny percentage of what you find, and without actual journalism, the editorial writers are forced into a cycle of reviving the same 10 or so debates every year.

Once again, Jason hits the nail on the head. So many of us bloggers talk about wanting to build up the community, but out then target audience is generally only a very tiny portion of that population. Now that’s not to say there’s anything wrong with “editorializing”, but Jason’s point is that if we’re really going to try and build something beyond our own corner of the internet, then we need to focus some of our efforts on some real world journalism.

It took a couple of weeks to set up and get the gears turning (and I’m certainly NOT a professional journalist), but I believe in what Jason said there and I’m willing to do what I can to contribute. To that end, I’d like to present my newest project:

The Muninn Messenger is a weekly newsletter that is COMMUNITY RUN. That means it features news, events, editorials, products, and businesses that submitted by readers. Most importantly, we provide this service FOR FREE.

Got a business you want to advertise? We’ll do it for free.

Got a public event/celebration coming up? We’ll share that for free too.

Got a story to tell? Send it in!

All we ask in return is that you help spread the word in whatever way you can.

Part of our issue is that everybody wants to be a paid priest, and nobody wants be be the guy who pays the priest. I’m putting my own money down here. I will foot the bill to make this possible, but my editors and I can’t build this alone. This is our second week in operation, and already we’ve gotten 5 local businesses/organizations to support our newsletter. We have about 1600 subscribers nationwide, and we’re growing every day, but we need stories from readers like you!

Take up Jason’s challenge and help build up our community by sharing YOUR news with the world.

This Newsletter updates EVERY THURSDAY! 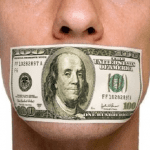 August 6, 2014
Socially Responsible Magic: Putting Your Money Where Your Mouth Is
Next Post 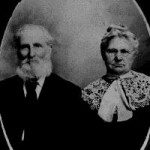 August 8, 2014 Heathen Woman: Honoring Our Ancestors
Recent Comments
0 | Leave a Comment
"Thank you so much, Terrance, for the kind review! I appreciate it and glad you ..."
Madame Pamita Pergamum Unfurled: Review – The Book ..."
"The Halloween Tree and Song of the Sea are wonderful for kids, with more of ..."
Lina Irish-American Witchcraft: 31 Movies for Halloween
"Halloween always sounds so cool in America."
JamieAdStories Outside the Circle: The Dark Legends ..."
"I needed to read this. Thank you so much for sharing this. <3"
Laurie Allen The Corner Crone: The Parable of ..."
Browse Our Archives
get the latest updates from
Agora
and the Patheos
Pagan
Channel
POPULAR AT PATHEOS Pagan
1