Socially Responsible Magic: Putting Your Money Where Your Mouth Is

There’s a saying that if you really put support something, you put your money where your mouth is. It’s an odd saying, one whose history I don’t know, but I nonetheless appreciate how it pertains to supporting the causes I believe in. I also see putting your money where your mouth is as a form of wealth magic, where wealth can be used to generate wealth for people beyond yourself. At recent Pagan events, I’ve noticed a trend toward donating some of the incoming funds to specific charities, and I think this is a good practice.

In the last few years, as I’ve developed a deeper connection to the world and a deeper sense of responsibility as a result, I’ve thought long and hard about what causes I believe in and how I support those causes. “Putting my money where my mouth is” recognizes that I can manifest my social responsibility with the purposeful support of specific causes embodied in the form of non-profit charities. Supporting such charities with donations provides me a way to make an offering to a cause I believe in. That offering is monetary–a suitable form of sacrifice, I think, because the money we make plays a significant role in our lives. A donation to a charity is a sacrifice, both in terms of the money, and in the effort involved in generating that money. Such a sacrifice acknowledges that the specific cause means something beyond what can be expressed in words. It is easy to say something about a cause, but actively supporting it requires a higher level of commitment and brings with it a different sense of responsibility.

If you decide you want to donate money to a cause, it’s important to do some research, both in regards to your own motivation and about the potential charities to which you might donate.  In regards to yourself, figure out why you want to donate to this cause. Why is it important to you? What calls you to support that cause, and how do you manifest that call in your life? By getting clear on what is calling you to support a cause, you can then determine what actions you’ll take. Donating money is one type of action, but there are many others, and you’ll likely find that if you’re really serious about supporting a cause, you’ll want to do a variety of activities to support it.

In regards to non-profits, it’s also important to do your due diligence and find out what exactly a non-profit does, who/what they support, and if the organization really aligns with your values. With a local non-profit, you can visit the site as well as interview the people involved. But with a non-profit that isn’t local, you might need to do some further digging. Contacting the non-profit can help, but you might also do some social media research and ask people about their opinions and experiences of the non-profit.

Once you decide to support a non-profit, you can integrate that support into your spiritual work. Let me share an example. One of the non-profits I support is the Amboseli Elephant Trust, which does research and conservation work to support elephants. Every so often, when I am able, I donate some money to the trust to support the elephants. I do this because I’ve always felt a deep connection to elephants; they’ve always been my favorite animal. In recent years, I’ve deepened that connection by learning more about elephant behavior and have even applied some of that research to my spiritual work. Elephant has its own altar in my house, and it is one the spiritual beings I work with each day.

When I make a donation to the Amboseli Elephant Trust, I do it as an offering to Elephant. I do it as a thank you, as an acknowledgement of the patronage of Elephant and as a way to honor the calling I have felt toward Elephant for the majority of my life. It’s not simply about the click of a Paypal button and the wiring of funds, though that is obviously a component of the donation. It is a contribution of my effort and my life energy to Elephant. When I give a donation, afterward I meditate with the spirit of Elephant. That meditation is also an offering, done simply to commune and connect.

What causes speak to you? What calls you to action? Pay close attention to what calls you, because it will provide you direction that will help you take action. And if you really believe in a cause, put your money where your mouth is and support it. Make an offering of the money not just to the charity, but to whatever calls you to take action in the first place. 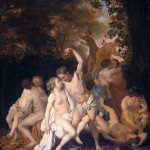 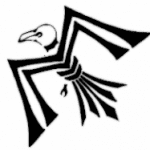 August 7, 2014 Wyrd Words: Pagan Media and Journalism
Recent Comments
0 | Leave a Comment
"Thanks for this. As someone who comes from a religion that had a lot of ..."
Kathy The DruWitch Way: What’s So Great ..."
"Just wanted to say thanks for the review of this, after reading it I went ..."
Crystalline Entity The Corner Crone: Sacred Gender (Review)
"What is bothersome about the world is the trust in medicine and providers. Skeptical beliefs ..."
Chas Dalton Hadrian’s Garden: Apollo & the Plague
"And there was a shooting at an LGBTQ club. We have a long way to ..."
Amanda Ingalls Between Two Worlds: Transgender Day of ..."
Browse Our Archives
Related posts from Agora