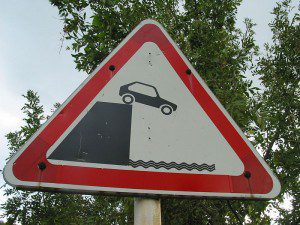 Once upon a time, I was in Peru at a conference with a bunch of other scientists in my field and we had some time after to do some specimen collecting around the countryside. It was a great trip and I learned a lot from the experience, the least of which was not what it feels like to get altitude sickness– which is another story about another god for another time. Needless to say, it’s important to be aware of who the local gods are when you travel. Anyhow, on our collecting trip, we went up and down the Andes mountains a couple of times. Some of the roads are well-paved and wide, but some are narrow and you have to pull over to the side of the road when the big trucks are coming the other way, the general rule being that bigger gets the right of way.

So, Professor is driving, I’m sitting in the front seat because I get motion sickness, and PostDoc Student is in the back seat. Professor pulls over to the side to let a truck pass and we find that we can’t get going again… because at least one of the wheels is, y’know, hanging off the cliff. And by “cliff,” I mean “could fall to our doom” cliff. The Andes are very, very, very tall.  Anyhow, Postdoc student gets out of the car. Professor gets out of the car. I am encouraged not to get out because cliff. Being a sensible woman, I comply. And I knit. And I pray harder than I have ever prayed in this lifetime that I can remember. BECAUSE CLIFF! So, there I was, dangling1 off the side of a cliff in a tiny little car in a country not my own, praying to Hermes that I don’t die. If you haven’t guessed by now, I didn’t fall off the cliff to my doom and I now find the whole situation kind of funny in a grand, cosmic sense. Some lovely gentlemen travelers managed to help us out and get us back on our way and I would not be surprised if Hermes Himself wasn’t among them. You never know.

After that, I started feeling a whole lot closer to Hermes. I had already been grateful to him for some time for keeping me safe on American roads and for kind strangers who have helped me out from time to time, but that was the thing that really brought me closer to Him. He helps me not take myself quite so seriously and He wants me to be happy above all else. I built a herm (the pile-of-rocks kind, not the penis statue kind) at the end of my driveway when we moved in because every time I see it when I come home, I’m glad He has been with me, and every time I leave the house, I see it and know that He will continue to protect me and mine beyond the threshold where the driveway and street mark the boundary of our modest suburban property. I have to do my part, of course, by driving safely and performing regular maintenance on the cars, but that’s a small sacrifice to make when His blessings have been so great– well, that and the occasional chicken bones. He generally doesn’t ask much from me. Your mileage may vary.

I asked my fellow Free Hellenics about Him and here’s what they had to say:

First, Hermes is the God of the Internet. He loves the speed of the messages back & forth. And one never knows what kind of trouble it can cause. 😉 He finds Twitter most amusing. Because at heart, he is a trickster, which makes him quite dear to the Spider in me.

i began to dance with hermes, and while i know i can never count on always per se, i sure hope it’s a dance we do for the rest of my life. i’ve got a herm at the end of my driveway and a shrine in the house and i build little mini herms everywhere i go. he’s the one who sighs with exasperation at my slow re-entry into writing, who kicks my ass to do some magic if i abstain for too long, who encourages my whiny, reluctant running (and who shepherded me through a marathon at age 54 and 50lbs too many), who lurks in the treeline and whispers exciting almost-comprehensible secrets to me on the night breeze.

Hermes is a god of speed and skill.  He favors fast cars and spirited driving, especially around hills and corners.  That point where you’re hanging it out around a corner, giving it just enough gas to keep the back end from breaking loose–that’s where you’ll find him.  While there are a few other gods who can (arguably) go as fast, none of them take as much sheer pleasure in finding that perfect line around a corner, or in the way it feels when you put your right foot down on the accelerator, the way it feels when the variable valve timing hits at 4000 rpm and the power surge presses you back into the seat even harder.  Of course, this kind of worship requires certain sacrifices–at a minimum gasoline and auto maintenance and practice.

He’s the one you’d pray to if you were lost, or if you were in a hurry.  And then again, he doesn’t always lead people where they think they want to go.  Sometimes that perfect race along the mountain road leads to Elysium.

I hear they have good roads there.

I can’t think of a better place to leave you than with that thought. Oh, and drive safely, everyone: buckle up and watch for motorcycles.

Endnote:
1. Dangling is probably exaggerating a little, but our situation was, as they say, rather precarious. I’m still not kidding about the cliff. 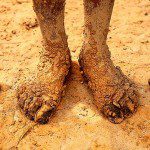 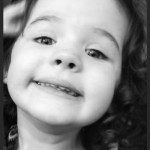