Queer of Swords: The Black Heart of Indifference

The previous paragraph is not word salad generated by a spam bot, nor is it a list of atrocities committed in one of the world’s many war zones. Rather, it comes from somewhere far closer to home. If this were the work of a single serial killer, books would be written about them two hundred years from now.

In truth, it comes directly from the black heart of modern-day bigotry.

The list is, in sequence, the causes of death of the people memorialized on the Transgender Day of Remembrance web site just for this year. Just for 2014. These are people who were murdered for no reason other than for being transgendered.

Sadly, this list is the tip of the tip of the iceberg. Many such murders go unreported. Still more go uninvestigated. Then there are the many, many cases where the would-be murderer was unsuccessful, with their victim, like me, surviving to live on with PTSD, cursed to mentally loop on their attack for decades to come.

I did a bad thing in condensing the list like this. I should be celebrating these people’s lives, not reducing them to their causes of death. I didn’t personally know these people, and likely as not, if you’re reading this you probably didn’t know any of them either. I find myself thanking all the gods and spirits that I was not on that list. Not this year, anyway. I survived again. But reading the list, all I can see is their pain and their suffering and I can’t shut it out.

One evening in 1997 I was on my way home from a business meeting in the City of London. As was my custom at the time, I was sitting in a first class carriage on the train from London Paddington to Oxford and beyond. I paid the extra because I felt safer, not because I particularly wanted to sit in the posh seats. On this day, it wasn’t enough.

I didn’t make it to Oxford. I am quite aware that I was close to not making it anywhere at all, after that day.

Not far outside London, two men started verbally harassing me. I called the police, then called my partner and left the line open so that there would be a witness. The abuse escalated. One of them put his hand down my T-shirt and grabbed my breast. I was terrified. It went downhill from there. As the train pulled in to the platform at Reading, one of the men had me pinned to the floor of the train by standing on my hair, while his compatriot repeatedly stamped on my face. The door opened. A police officer got onto the train, pulled them off me, then escorted them and me to a room somewhere in the station. I was concussed and in shock, to the extent that I even mixed up my own middle names with those of my partner when I gave my ID. I passed out several times.

This is where I tell you that the cops did the cop thing and put away those bad guys for a long time, yes?

No, actually. It took all my negotiating skills to persuade them not to arrest me for attacking the people who just tried to kill me. It seemed that the men had a fake witness lined up who backed their story. Luckily for me, a young Spanish woman traveling with her young child saw everything and gave a witness statement. The police split the difference and basically just abandoned me in the middle of Reading station, concussed, bruised, bleeding and missing about a third of my hair. My partner arrived and took me to the hospital, thankfully. I don’t remember an awful lot after that, other than being seen by a medic who went to considerable lengths not to actually examine me or treat me in any useful way, other than to give me a leaflet which basically told me that if I survived the next 24 hours I’d probably not die from my injuries.

Some of my dear friends are heavily involved in TDOR, and I thank them for that from the bottom of my heart. I have never attended a TDOR service, and most likely never will. PTSD is no joke, and I am fairly sure that writing this piece will likely give me a rough time for a few days.

I prefer to remember my honored dead in my own way. As a Wiccan, Samhain is a good opportunity for this, but it is generally a solitary observance even if I’m with others at the time. To outwardly acknowledge my pain and my fear is a very difficult thing to do because there is potentially no bottom to that particular pit.

“The truth of a thing is the feel of it, not the think of it.”
— Stanley Kubrick

This much is the think of the thing. Trying to express the feel of the thing in words seems somehow dilute to me. A couple of years ago I wrote a series of connected pieces of music that together form a Samhain ritual – I think this might sum up my feelings better than my words. My wife and I recently edited all the pieces together, with some sparse narration, for her Samhain podcast. It’s not easy listening, I’ll warn you.

To all the gods and spirits: give us fair wind at our backs as we fly, but catch us as we fall.

The International Transgender Day of Remembrance is held on November 20th. Services are held worldwide.

This Week in Heresy Episode 20: The Descent: A Samhain Meditative Journey with Mage of Machines. 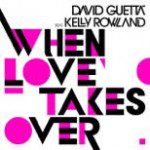 November 5, 2014
Alone In Her Presence: When Love Takes Over
Next Post 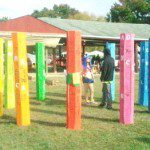 November 7, 2014 The Zen Pagan: The Burners and the Pagans
Recent Comments
0 | Leave a Comment
"Another post written by someone who hasn't actually read the mythology they are talking about ..."
Kris Hughes The Rantin’ Raven: Who Was Mabon?
"What has always worked for me -- e.g., with no negative blowback that I have ..."
Cathryn Meer Bauer Radical Pantheist: Defining Unethical Magic
"I feel like, with any craft, there are definitely rules. If you don't follow the ..."
JenniWest Cross and Crossroads: What “No Rules ..."
"She crossed the Rainbow Bridge early, but she will be waiting for you when you ..."
Kyllein MacKellerann " Stirring the Brew: Underworld Crossings
Browse Our Archives
get the latest updates from
Agora
and the Patheos
Pagan
Channel
POPULAR AT PATHEOS Pagan
1