Queer of Swords: The Gentrification of Poverty

Queer of Swords: The Gentrification of Poverty January 15, 2015 Sarah Thompson

My grandparents’ generation fought in the Second World War. The survivors came home to postwar austerity, particularly in Europe, but they nevertheless arrived with expectations that civilian life could offer them a job, somewhere to live and a means to support their loved ones. My parents’ generation inherited this culture – even as working class, my parents were able to buy a house and a car and have enough. We weren’t ever rich, sometimes things didn’t work out and times got tight, but we were never poor or at significant risk of becoming poor.

It is starting to become apparent that my generation – the 40-somethings – might just be the last who get the chance at this, though it probably meant getting on the property ladder 20 years ago, and not ending up financially wiped out in the recent financial crisis. The generation who are currently coming of age probably have no chance of emulating their great-grandparents. They need a different kind of hope than ours.

The reasons for this are interesting, I suppose, if politics and macroeconomics are your thing. However, as a small person looking up, trying not to be crushed by this indifferent juggernaut of a system, the etiology of our societal affliction is moot.

It’s a truism that however hard someone’s life becomes, it’s still their life. Normal is what you’re used to. Life goes on, because the alternative is unacceptable. The secret of success isn’t money, since that’s so easily taken away. Rather, self-image is all. If we feel OK about our lot, then our lot is OK.

In many cities, gentrification appears to be inexorable. In trendier locations like the more happening bits of San Francisco, accommodation that embodied the concept of low rent in all its sketchy glory is now changing hands at prices that are frankly eye-watering. The for-real poor are being pushed ever further out, to be replaced by people living in spaces that our grandparents would regard as too small for a closet. Nevertheless, these upwardly mobile transplants are still allowed to feel superior because of their privileged access to the Mission District’s really good burritos.

It is now possible to earn very good money indeed in the tech sector whilst feeling good about living a lifestyle that really is just gentrified poverty – two missed pay checks from living in a car, a subjectively high wage that objectively isn’t enough to save for our own retirement, let alone put a child through school, and this, let’s remember, is the middle class. The modern working class (which, let’s remember, in my grandparents era was practically doing rather better than a lot of today’s middle class) is existing in on the ragged edge of survival, with the Walmarts of this world content to pay wages that aren’t enough to prevent starvation without access to a food bank.

Something broke somewhere, and it was on my generation’s watch.

As Pagans, we have a bit of a bad habit of identifying as poorer than we really are. The secrecy inherent in many of our paths tends to nudge us toward an inward focus, so we forget that we can actually make a difference. The crafty rentiers always somehow manage to entice us to our places at the rim of their hamster wheel.

Years ago, I remember hearing someone complain that “they should do something about that.” So who exactly are the they? The government? Social services? Your church/coven/lodge/sangha?

I’d like to boldly suggest exactly who the they are, or at least should be: you. Me. Everyone, and particularly anyone who is moved to take on some kind of public ministry. Many Pagan paths ordain all of their practitioners as priests – if you’re taking on that mantle, hello and welcome to the they with knobs on. If you put your shingle out to the universe by declaring yourself a priest, then you should be prepared to make good on that.

I hate to talk trash on my fellow Pagans, but the Christian churches really are way better at this than we are, and it could do us all good to learn a few lessons from them.

I’m an engineer by profession and an artist, teacher, priest and witch by vocation, but I think it’s the engineer part and the witch part that go together particularly well. The job of an engineer is to solve problems, usually by mechanical means but not necessarily. Similarly, the job of a witch is to solve problems, usually by spiritual means, but not necessarily. There is plenty of scope in the middle for creative solutions. Pagan ministry, then, is signing up to be a member of the them, to take on tasks that require solution for the greater good, whether asked or not.

Let’s not simply acquiesce to society’s gilded slide toward indentured servitude. This will require thinking outside the box – as Terry Pratchett so aptly put it, we need first sight and second thoughts. First sight to see what’s actually in front of us, rather than what we’ve been persuaded to see. Second thoughts to help us evaluate the misdirection that got past that first filter to persuade us to do things that are neither in our own interest or that of those around us.

Above all, let none of us forget that compassion is itself a radical act. 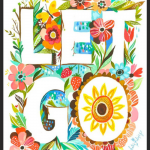 January 14, 2015
Alone In Her Presence: Letting Go - The Practice from Hostage to Hopeful
Next Post 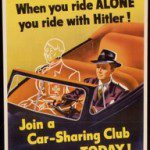 January 16, 2015 The Zen Pagan: Gods Save Us From Glorious Struggles
Recent Comments
0 | Leave a Comment
"Another post written by someone who hasn't actually read the mythology they are talking about ..."
Kris Hughes The Rantin’ Raven: Who Was Mabon?
"What has always worked for me -- e.g., with no negative blowback that I have ..."
Cathryn Meer Bauer Radical Pantheist: Defining Unethical Magic
"I feel like, with any craft, there are definitely rules. If you don't follow the ..."
JenniWest Cross and Crossroads: What “No Rules ..."
"She crossed the Rainbow Bridge early, but she will be waiting for you when you ..."
Kyllein MacKellerann " Stirring the Brew: Underworld Crossings
Browse Our Archives
get the latest updates from
Agora
and the Patheos
Pagan
Channel
POPULAR AT PATHEOS Pagan
1

Pagan
Hadrian’s Garden: How Can I Believe in Monsters...
Agora
TRENDING AT PATHEOS Pagan