From time to time, I find myself sitting in a room (physically or metaphorically) where almost everyone is nodding sagely at the words of a few folks who are leading the conversation, leaders who are smarter and more charismatic than I, when I feel a sort of itch between my shoulder blades. And that itch prompts me to make a more careful scan of the room, makes me take a more careful look at the faces (physical or metaphorical) of the folks around me, and makes me realize that not everyone agrees. But no one wants to be the one to speak up and offend the consensus, to be the only one who disagrees. Conformity is a very powerful social motivator. So things, sometimes important things, go unsaid.

And sometimes, at a time like that, my tutelary deity, the Great and Good Lady Eris Discordia, pelts me with golden apples until I say something, until I point out the emperor’s nakedness, the elephant in the room, the turd floating in the punchbowl.

Sometimes I’m right. Sometimes I’m wrong, but at least the point gets addressed. Either way, sometimes I have to go away for a while afterward lest my presence provoke a fistfight.

So it is with the “Pantycon” brouhaha and its sequelae in the blogosphere and social media. Since no one else seems to want to say it, I will: the fake workshop listing in the joke program was legitimate satire and the authors don’t owe anyone an apology. (An explanation follows for those not familiar with the controversy in question.) If anyone owes an apology, it is those who were calling for the authors to be ejected from the conference.

Because I am boldly rushing in where angels fear to tread and am sure to be piss off some friends (and worse, maybe get props from the sort of people I usually consider opponents), let me try to head a few things off ahead of time:

For those who are not familiar with the Great PantyCon Kerfluffle of 2015, let me attempt to summarize. Set the Wayback Machine for early December 2014, when many of us were reeling from the news that after a ridiculously flawed grand jury proceeding, known dishonest cop Darren Wilson would not face charges for his shooting of Michael Brown, despite the existence of immediate eyewitness testimony that Brown was surrendering — more than sufficient to meet the “probable cause” standard for an indictment.

Many Pagan groups issued statements decrying the situation. One, the Covenant of the Goddess (CoG), a Pagan group of long standing, issued a statement that was widely regarded as ham-fisted and tone-deaf. In my estimation it was well-intentioned but failed for two reasons: it was blandly unspecific, which is just poor writing; and it used the phase “all lives matter”, a problematic phrase that, at best, shows a failure to understand how viral hashtags like “#BlackLivesMatter” work and influence broader discussion in the modern media environment and, at worst, is rooted in a dismissal of the fact that racism is part of the problem with police violence. CoG did apologize, withdrew the statement, and issued a draft of another version…which has also inspired some controversy and discussion of the place of CoG in the Pagan community.

Skip forward now to PantheaCon. The convention has for many years had a parody zine called “PantyCon”, with no official sanction from the organizers. This year it included a fake workshop announcement that was an obvious skewering of CoG’s missteps:

Isn’t all this talk of social justice and racism just tiring? Don’t you wish you could just ignore it and put out meaningless statements of pure pablum? We’ll discuss how to ignore requests for consideration by pagans of color, cover up racist actions of high-ranking members, and pretend that you don’t understand the resulting outrage. Remember, #AllLivesMatter, except when it’s uncomfortabe or inconvenient.

Large Umbrella Pagan Group has been around for long enough that they think they can get away with this stuff.

Nothing too remarkable so far. An organization bound up in its process and internal politics does something kind of dumb and gets targeted with a harsh zinger over it.

What is remarkable is that some folks at PantheaCon decided that this satire constituted harassment — not of Covenant of the Goddess, but of “Pagans of Color”. It was reported that that the staff was actively investigating to find out who wrote it, and if the con staff discovered who wrote the parody the author would be ejected from the conference.

To her great credit, Glenn Turner has made a much more calm statement on the PantheaCon website: “For those who want me and PantheaCon to ban or target offending people or groups – we will do so only if we determine that it is an entrenched problem with a person or group.” So I’m not sure if there was some mistaken reporting there, or if there were staff talking about immediate ejection with no attempt at conflict resolution, but they were overruled.

The claim of harassment — which has been uncritically passed along in discussions on blogs and social media — is based on the idea that the parody “triggered” some attendees. The whole concept of “triggers” is a disturbing trend towards controlling the speech and expression of others, an unquestionable trump card in any discussion whereby any disagreement can be conflated into harassment or a threat.

I am sorry when someone suffers a trauma, a large one or a small one. But we do not have a general duty to refrain from expression or actions solely on the basis that they might remind someone of their past trauma. Such a proposition immediately leads to absurdity where no one can say anything.

This is not to deny that people feel upset. I’ve never found it useful to tell someone who reports feeling a certain way, “No you don’t!” But when we are setting policies, when we are acting as calm, compassionate, but disinterested citizens working for the general good, we must use our critical thinking skills and ask whether a person’s feelings are based on accurate perceptions. And we must balance temporary emotional upset against the long-term values of free expression and free debate to create norms and processes of conflict resolution, not of censorship and expulsion.

None of this is meant to excuse actual harassment or threats. I stand foursquare against anyone who tries to violate the fundamental rights of others, and to the best of my ability I will use my presence, my words, and if necessary my fists, to stop them. But that’s far away from anything that happened here. (There have been rumors of threats and harassment unrelated to the parody, though I can find no direct reports of such.)

We can’t have the much needed conversation on race if every time the subject comes up, someone is going to shut down other speakers by saying “this is ‘triggering’ me!”

Some of those complaining about the parody have demonstrated a problematic ignorance about satire. They complain that it’s not funny, or that some people think it’s describing a real situation. But being legitimate satire doesn’t imply that something is going to make you laugh. A satirist wields the pen like a scalpel, and the surgery is not painless.

To take a famous example, there is nothing funny about the proposal that the children of the Irish poor should be slaughtered for food. Swift aimed to vex his readers, and it is widely said that many at the time (and some readers today!) failed to recognize the satire. (Though I can’t find any reliable source for this.) But such foolishness is not Swift’s fault; if anything he deserves praise for bringing an important truth to light, as those skewered on the rapier of his wit continue to push forward and impale themselves further.

But what best illustrates the absurdity of the response to this satire is a fact buried in an explanation-cum-apology posted anonymously by the PantyCon authors:

The PantyCon is, and always has been, an explicitly anti-racist, trans-supportive, anti-kyriarchical, feminist publication. The only direction we punch is up.

It was a POC [Pagan of Color] member who first raised the idea of writing up a piece taking on the actions of COG and other groups in the wake of the numerous incidents of police violence against Black men and the #BlackLivesMatter movement. As is pretty standard for the PantyCon, the actual text was written by whoever had time and then tweaked by everyone involved before printing. [Emphasis added.]

This is the unacknowledged truth that’s making me itch. Those who wished to silence the PantyCon authors, to have them ejected from the conference, would be silencing the voice of a “Pagan Of Color”. Every self-described “ally” talking about how offensive this satire was and urging us to listen to the voices of Pagans who aren’t white, has fallen into a twisty little loop of self-contradiction.

By assuming that a white writer was responsible for this piece, by not thinking that a black Pagan might respond to this situation with biting satire, they have fallen into a real racism much more dangerous than what they have falsely seen in this parody.

It feels good to get labeled an “ally” by a member of a group that’s been the victim of oppression or discrimination. Self-righteousness is quite a high. (Ask me about animal rights and veganism sometime so I can get a hit.)

But like any high, it can distort one’s perception of reality. Beware.

As I said up-top, sometimes after pointing out the naked elephant pooping in the punchbowl, I see the need to leave the room for a while. I usually enjoy connecting with readers in the comments, but in this case while I invite yours here or on Facebook, to prevent unending flamewars I will not reply. And I promise a non-controversial topic next time, when I explore the proposition “dancing is good.” 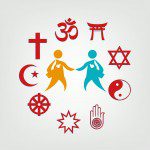 March 30, 2015 Making Light: Hephaestos
Recent Comments
0 | Leave a Comment
Browse Our Archives
get the latest from
Agora
Sign up for our newsletter
POPULAR AT PATHEOS Pagan
1