I don’t have a happy greeting to give to the world today.

Yesterday afternoon, less than two miles away from my own home, five people were wounded and a sixth was killed. The shooting occurred at the East Valley Institute of Technology (which I used to attend), and the suspect was captured just over four hours later. His name is Ryan Elliot Giroux.

He’s been identified as a member of a local skinhead group called “Hammerskin Nation”.

I’ve written about our communities struggles with these kinds of people before. Multiple times. I made the point that we can’t pretend that racists don’t exist among us. We can’t be afraid to deny them their religious justifications and force them to acknowledge what they’re really doing. We need to expose these people for what they are and show the world that they do NOT represent us.

I caught a lot of flak for those articles, and lost some readers over my views on the subject.

I don’t care if people disagree with my stance on racism in Heathenry, because people like Ryan Giroux EXIST. Organizations like “Hammerskin Nation,” which pervert our Lore and twist it into something they can use to support their crazed agenda, EXIST. Not just in some detached, far off kind of way. They live on my front door step; in the neighborhood where my daughter will live and grow up. There are people who use our faith as a justification for this kind of insanity, and it will be a warm day in Hel before I stand idly by and LET THEM.

I will be posting regular updates on the situation both here and on Huginn’s Heathen Hof. As soon as a relief fund is set up for the victims, I will be posting it in both locations. It is my sincerest hope that our community will speak out against this through our actions. If we don’t stand against these people, then we allow them to define us; our silence allows their madness to dishonor us all.

More information will be shared as it emerges.

May the gods watch over those who have been harmed, and bring them swift justice. 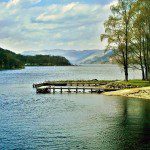 March 18, 2015
Socially Responsible Magic: My Journey to Stillness
Next Post 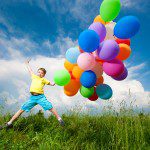 March 24, 2015 The Witches Next Door: The Introvert and the Extrovert get Married
Recent Comments
0 | Leave a Comment
"Thank you so much, Terrance, for the kind review! I appreciate it and glad you ..."
Madame Pamita Pergamum Unfurled: Review – The Book ..."
"The Halloween Tree and Song of the Sea are wonderful for kids, with more of ..."
Lina Irish-American Witchcraft: 31 Movies for Halloween
"Halloween always sounds so cool in America."
JamieAdStories Outside the Circle: The Dark Legends ..."
"I needed to read this. Thank you so much for sharing this. <3"
Laurie Allen The Corner Crone: The Parable of ..."
Browse Our Archives
get the latest updates from
Agora
and the Patheos
Pagan
Channel
POPULAR AT PATHEOS Pagan
1