Spear of Athena: Technology, Athena, and Doing it Right

[Editor’s Note:  Please welcome our new columnist, Conor Warren, and his column, Spear of Athena.  His work will be posted on the second and fourth Thursday of the month.  You can subscribe using the links at the bottom of this post.  Welcome, Conor!]

I’m a gamer. Not the kind that occasionally plays a game on a tablet or Candy Crush, but a pretty hardcore gamer. When I was in high school, I frequently just played video games for hours on end and would probably fall back into that habit if it weren’t for having life goals and responsibilities and stuff. I mean, I knew how to play video games before I knew how to read, so I’ve been playing them for around 18 years now. My love of video games naturally lead to a love of technology. I’m not too tech trendy, but I can figure out how stuff works, and I’m excited to learn more about all things tech, though my boyfriend has to do the installation for me. So, it always bothers me a little bit when I see Pagans take highly anti-tech stances sometimes even to the point of proudly proclaiming themselves Luddites and accusing all (or most) the evils of society on technology. That just isn’t something I can let slide by.

Technology has benefits: I met my partner through an online dating site. We’ve bonded over World of Warcraft and a mutual love of video games. Skype and cellphones, as well as cars, have enabled us to have a relationship these past two and a half years while living an hour and a half apart. Aside from creature comforts, without modern technology I would be thoroughly and surely dead. I was a preemie of over two months kept alive by an incubator, attentive nurses, tubes that went into my hands and feet. 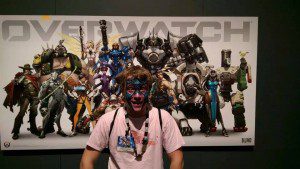 I still bear scars from them, and when I see them I’m reminded that if I’d been born just 40 years earlier, I wouldn’t be around.  Ever since I’ve been old enough to be cognizant of it, I’ve been very grateful to be born in this age. On top of all this, the goddess I worship is the Patroness of Technology. Looking at her myths we see a pattern of her improving the works of other gods and goddesses through her inventions, and this carries on. She inspires new tech and new ideas. Technology, and the development of it, is one of her many gifts to humanity, but we are called to use these gifts responsibly.

What is using technology responsibly? Well, firstly anything that is self-destructive is irresponsible. While I don’t think Athena is hovering over every single one of her worshiper’s shoulders going “OHP, YOU WERE ON REDDIT FOR 46.73194 SECONDS TOO LONG,” I do know from experience that when you abuse (or reject) a god’s gifts, it can make approaching their altars and shrines a heckuva lot more difficult. Falling short of what you truly wanted to do can do that.

Anything that is destructive to our communities is irresponsible. Being an internet troll against other people is just an irresponsible (and antisocial) thing to do, but targeting and bullying people in our own communities is even worse. Bullying and harassment happens quite a bit online. It can be something “controversial” that makes you a target for bullying; like advocating the use of the #BlackLivesMatter hashtag (though it disappoints me that this has to be labeled controversial), or something a lot more simple and trivial, like ritual disagreements or disagreements on mythical interpretation. We have enough pressure and hostility from the outside, so generating more from within is not a good way to behave if we plan to survive into the generations (and if you don’t care if our faith communities survive into the generations, why are you here?). So, using the internet in these hostile ways is doubly irresponsible.

Using technology to ignore or even hurt our service people is one of the few uses that I believe is directly and genuinely offensive to Athena. I don’t like how many pointless wars we (America) fight in, but our warriors, our service people, deserve a basic amount of decency and respect. Our service people fall under her patronage and protection and so to use the resources at your disposal to harass, stalk, doxx, send death threats, or attempt to trigger a PTSD reaction is not only unethical and twisted, but it is also a great way for you to find yourself in the cross hairs of a certain goddess. What I am advocating isn’t really new or revolutionary; it is stewardship of gifts. It means using the gifts you (we) have been given responsibly to better the world. 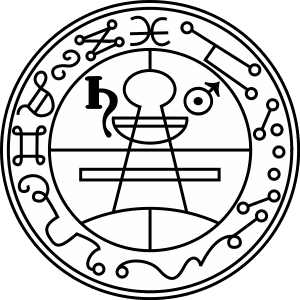 Many of you who are familiar with ecological and liberal strains of Christianity may recognize my borrowing the phrase, but it is such a dang good phrase! We must, absolutely must, learn to use our gifts responsibly. I think that is a good idea, and I’m all about stealing good ideas. I don’t want to attach moral implications to the stewardship though. I think the gods give us these gifts to do good with, but if we use them irresponsibly, they (under most circumstances) aren’t going to bring down some punishment on us. We’ll bring the hardships onto ourselves. If we make toxic internet communities, they’ll dissolve. If we harass someone and it causes them stress or mental damage, we may not only find ourselves ostracized from our communities but in some instances facing legal troubles as well.

If you can use something to do good, do good with it.

I’ll admit, readily, that I’m not a perfect steward of the gifts I’ve been given. I overindulge on video game time occasionally, sometimes I get angry and say things to folks (online and off) that are hurtful, mean, and unnecessary. I’m not perfect, but it is important to try even if you screw up from time to time. My goddess is the Patroness of Technology. I’m not going to stop playing video games, and I’m definitely going to take delight when my boyfriend gives me some silly shiny trinket or the other. But, we need to figure out how to be responsible and maybe show the Luddites that all this tech stuff ain’t so bad after all. 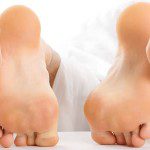 April 21, 2015
The Witches Next Door: Beltane Rituals - Beyond the Bang
Next Post 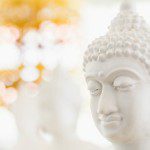 April 24, 2015 The Zen Pagan: I Don't Know
Recent Comments
0 | Leave a Comment
Browse Our Archives
get the latest from
Agora
Sign up for our newsletter
POPULAR AT PATHEOS Pagan
1