The Zen Pagan: I Don’t Know

I happened to hear a story on today’s today’s Interfaith Voices (a radio program I recommend highly, part of my usual Sunday afternoon NPR binge) about a couple who fell in with a cultish Buddhist teacher; and how one of them, Ian Thorson, ended up dying on a sort of meditation hermitage retreat in the Arizona desert.

It was a sad tale, but all I could think of as I listened was how much certainty in their teacher — indeed, not just in their teacher but in their understanding of what he had to say– it took to follow these bad ideas all the way into death.

You should never be that certain of a religious or philosophical teaching. (Or a political one, for that matter.)

Zen has something important to say on this topic. Its origin myth has Emperor Wu of Liang interrogate Zen’s “First Patriarch”, Bodhidharma, about Buddhism. (It’s quite possible that Bodhidharma never actually existed, but we shouldn’t let that stop us from learning from this myth.)

Emperor Wu was an enthusiastic convert to Buddhism: he wrote about the topic, gave lectures on its scriptures, and is credited with collecting the first canon of Chinese Buddhist writing.[Creel, 159] He wanted to hear that this had racked up a whole bunch of “merit;” that he was guaranteed a favorable rebirth or something.

But this was not the sort of Buddhism that Bodhidharma was preaching. So Bodhidharma told the emperor that all this effort had earned him no merit. (It’s a brave thing to tell a guy who can have you beheaded on a whim that he is Doing It Wrong.)

When the Emperor dismissed him by asking “Who are you?” — i.e., “I’m the Emperor, jerkwad, who the hell are you to tell me what’s what?” — Bodhidharma gave an answer that has echoed through the centuries: “I don’t know”.[Watts 91-92]

Some teachers have called this “don’t know” the very heart of Zen. The 20th century Korean Zen master Seung Sahn often expressed the importance of “don’t know” mind, e.g. “Don’t know is before thinking. Before thinking is your substance and the universal substance; its name is primary point. So, don’t know is the absolute, the correct way, and true life.”[Sahn, 741] In budo Zen we refer to it as shoshin, “beginner’s mind”. The Karate master Tadashi Nakamura quotes Zen master Shunryu Suzuki’s famous admonition that “In the beginner’s mind there are many possibilities; in the expert’s there are few,”[Suzuki, 21] and adds “When we gain a little knowledge about someone or something, then the mind puts up barriers; it forms opinions, preconceptions, and judgments, which inhibit true knowledge.”[Nakamura, 22]

There are many layers to this “don’t know,” but one of the most important is its warning against certainty. (After reading the @pentametron Twitter feed for a while, I ended up phrasing this as a couplet in iambic pentameter:

The road to hell, it seems to me,
Is often paved with certainty.)

Certainty is what leads to the burning of heretics and the harsh punishments of well-intentioned prohibition laws: we are so sure that your soul will be damned to eternal torment if you pray the wrong way that we will torture you into repenting. We are so sure that drinking a beer or smoking a joint or having sex with the wrong people or in the wrong way will ruin your life that we will break down your door and haul you off at gunpoint to stop you.

It’s what leads cultists to self-mutilation and suicide and soldiers and terrorists to commit massacres.

I think we could all do with a little more “don’t know” and a little less certainty. Maybe, just maybe, the teaching you’re following is wrong. Maybe the teaching is right but you’ve misunderstood it.

Even if you think you’ve heard the direct word of God(dess)(s/es), please consider that you may have heard him/her/them wrong.

Of course we can’t be paralyzed by indecision, we have to go forward with our best understanding of the information available to us. But, we should always leave room for the possibility that new empirical data will overthrow our theories. We must beware of irreversible commitment — such as death — to an idea.

More on the story of Bodhidharma and the development of Zen can be found in my book, Why Buddha Touched the Earth. 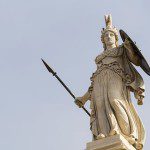 April 22, 2015
Spear of Athena: Technology, Athena, and Doing it Right
Next Post 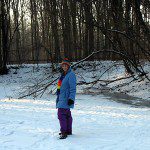 Why I Absolutely Loathe And Despise...
Tea Addicted Witch
Related posts from Agora 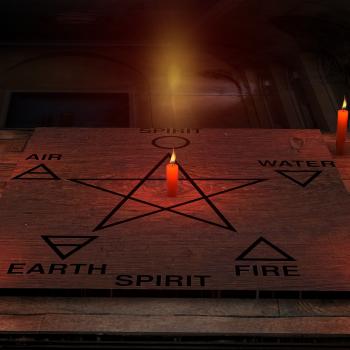