In my last blog on midsummer and Áine, I mentioned in passing that I also honor the liminal Gods and I thought it would be good to discuss that a bit more.

“Liminal Gods” is a term I use to describe beings who occupy the place between the Gods of known pantheons and the Fair Folk, although that gets a bit complicated in itself since all the Irish Gods are considered, technically, part of the aos sí because the Gods went into the fairy hills after humans arrived in Ireland. The key difference is that while the Irish Gods clearly have established myths and stories, have history, the liminal Gods don’t. Even calling them Gods is a bit of an assumption on my part, as I don’t know for certain if they are truly déithe in the old sense or if they are the powerful kings and queens of Fairy who choose to acknowledge and interact with those who honor them. Although I can get fairly rigid about semantics, in most cases everything with the liminal Gods is fluid and hard to pin down.

The line between the Good Neighbors and Gods has always been a blurry one, as we see both the known Irish Gods being counted among the fairies (aos sí) in folklore and also the highest ranking fairies, such as the Queen of Elphame, acting in some stories nearly as deities. In her confession renowned (or infamous) Scottish witch Isobel Gowdie claimed that she dealt with the Queen of Elphame, and in similar confessions, many Scottish witches claimed to have gotten part of their power from the Other Crowd. In Ireland the mná feasa, or wise women, were said to have gotten their knowledge and skill from the fairies as well. Just as the Gods can bless us–or not–the Fair Folk can bless, heal, and grant luck — or curse, cause illness, and bring death.

The biggest difference, I think, has always been about the magnitudes of power involved, with the Gods at the highest end of the scale and the lowest of the lesser Fay at the lower end. The liminal Gods, as the term implies, occupy the transitional area between Gods and the Gentry. Maybe they are truly Gods in the old sense; maybe they really are the Kings and Queens of Fairy. I do not know, not even now after honoring them for many years. What I do know is that when prayed to they answer and answer in ways I would expect of a deity, which is good enough for me.

So, who are the liminal Gods? Well I suspect there are many actually, but like so many things of the Otherworld, we tend to know and connect to only a few. I am aware of slightly less than a dozen myself, but I only honor four of them. The ones who my practice acknowledges and with whom I have established a connection are: the Lady of the Greenwood, the Lord of the Wildwood, the Queen of the Wind, and the Hunter. They have always come to me in pairs, and the pairs depend on the seasons which divide the year, either summer or winter. The names are, obviously, not names at all but titles which I call them based on how they appear and the powers I perceive them to have. Doubtless they have proper names, but the titles work quite well and seem fitting to use given their natures.

The Lady of the Greenwood and Lord of the Wildwood rule the summer, from Bealtaine to Samhain. The Lady of the Greenwood is the living soul of the forest, the surge of new life, the seed and the fruit. She is the spirit of sexuality, fertility, growth, and potential which nurtures and comforts, heals and supports all life. The Lord of the Wildwood is her compliment and balancing force, active where she is passive, wild and challenging where she is gentle. He is the nurturing masculine element, but also the will to live, thrive, and succeed. Where she is the fertile soil that cradles the new seed he is the force that compels the plant to burst forth and reach for the sun.

The Queen of the Wind and the Hunter rule from Samhain to Bealtaine. The Queen of the Wind is the spirit of endings, renewal, and enchantment; her realm is magic and divination and her power is great; she sees all futures and potential without judgment. She is the breath of wind that heralds spring and also the storm which freezes everything in its path. The Hunter is her partner and balancing force. He guides the souls of the dead to the next world and protects the living who are not yet meant to pass beyond. He is the fierceness of the stalking predator but also the courage of the warrior defending his home. He is a guide, strategist, and sage. Where the Queen of the Wind is the force which balances life and death itself, cutting away the old to make room for the new, he is the spirit that brings harmony by easing the transitions she brings and protecting what is meant to be preserved.

These are the liminal Gods as I know them. They are the Gods of that which is between, the edge of darkness where the firelight stops and the night begins. They have no established mythology, no ancient stories, rather they are entirely experiential, beings which must be known to be understood. They are utterly civilized and yet completely wild, Gods who are contradictions, gentle and fierce, Otherworldly and immanent, passionate and detached. They are equally at home in the deepest wilds and the most populace city, in the solitary places and the crowds. In other words they are of Fairy, and honoring them is a dangerous and wonderful thing. Although I do honor the Irish Gods, respecting and honoring the aos sí is the core of my spirituality and so worshiping the liminal Gods is a vital thing, and forms an essential part of my practice of witchcraft as a religion and a craft. 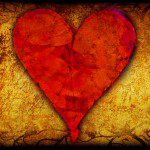 June 29, 2015
Seeking the Grail: Desire, Yearning, and Being Afraid to Reach
Next Post 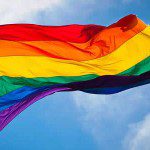 July 1, 2015 Dandelion Seeds: Somewhere Over the Rainbow, But Not Out of the Woods
Recent Comments
0 | Leave a Comment
"I needed to read this. Thank you so much for sharing this. <3"
Laurie Allen The Corner Crone: The Parable of ..."
"I'm going through a bit of an existential crisis with my own devotional polytheism. As ..."
Heather Havens Salt City Pagan: Facing the Full ..."
"Another post written by someone who hasn't actually read the mythology they are talking about ..."
Kris Hughes The Rantin’ Raven: Who Was Mabon?
"What has always worked for me -- e.g., with no negative blowback that I have ..."
Cathryn Meer Bauer Radical Pantheist: Defining Unethical Magic
Browse Our Archives
get the latest updates from
Agora
and the Patheos
Pagan
Channel
POPULAR AT PATHEOS Pagan
1