Seeking the Grail: Desire, Yearning, and Being Afraid to Reach

Pagan Spirit Gathering (PSG), one of the oldest and perhaps best known large Pagan festivals, had to be evacuated because of a flash flood. If you’re not familiar with what happened, check out this Wild Hunt article. This year was the first time I had to miss PSG since I began teaching Pagan leadership workshops there back in 2009.

I grieve for those affected with this, and I especially empathize with how difficult it is to cancel an event. Years ago, I organized a day-long Pagan conference, and a freak ice storm forced us to cancel the event. I wrote the below article months later. Each year, the Diana’s Grove Mystery School worked with a retold myth. In 2007, we worked with the Ballad of Tam Lin, and that story provides a framework for the article.

Part of my Grail-seeking is being the person who comes up with big ideas and works to make them happen. Sometimes, the thing you’ve toiled over and worked for and fought for, doesn’t come to pass.

I thought I’d re-post this article in honor of those dealing with the emotional after effects of the cancellation and evacuation of PSG, including the organizers and staffers that work all year long to make the event happen. I feel for your heartbreak. 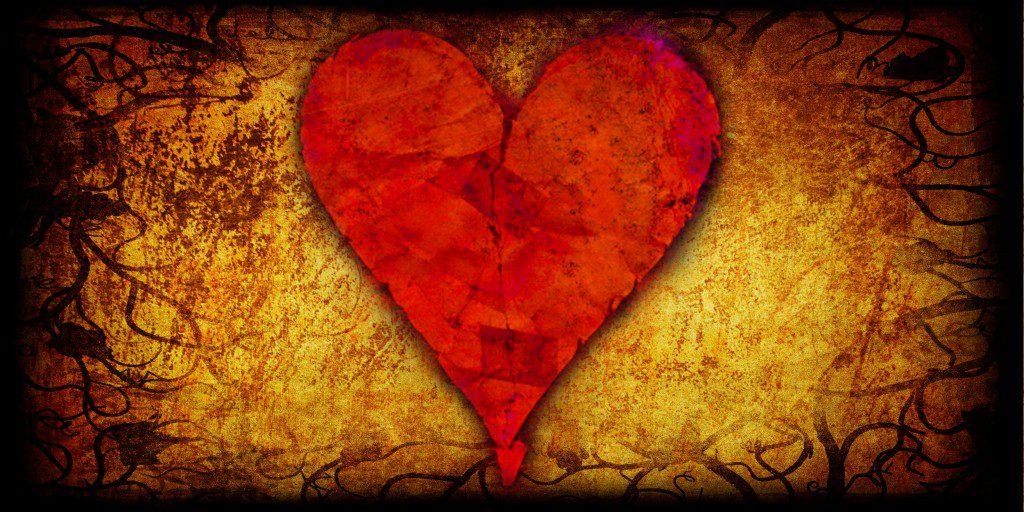 Desire, Yearning, and Being Afraid to Reach

In the Ballad of Tam Lin, Jennet reaches for the rose. She has smelled the impossible scent of roses, and now she reaches for that otherworldly flower, for the dream, for what she desires. Jennet touches Mystery, the place between the worlds, the place where her dream waits to be born.

Reaching for the rose is part of my profession. As a designer, artist, writer, event planner, and leader, I often reach for something that doesn’t exist, and pull it from the place of dream into reality. The essence of any creative work—whether creating a life, a work of art, an event, or something else entirely— is in forming, shaping and realizing something that did not exist before.

Creation, for me, is an act of reaching for and manifesting something I desire. Desire itself is life force—when I yearn for something, that yearning is the very fuel that I use to bring it into being.

Have you ever desired, yearned, reached for … and failed to achieve a dream? I have danced between desire and disappointment, and at times I’ve been afraid to risk failure, risk having my heart broken, by reaching for a dream and not achieving it. The times when a dream has failed to manifest have left me afraid to reach for my dreams— a project, a job, a community, a romantic relationship, and limitless other possibilities.

In January 2007, I was in the midst of final preparations for Reach for the Flame, a daylong spiritual conference I was organizing including five tracks of workshops, presenters from around the Midwest, and a community ritual focused on personal spiritual transformation to be facilitated by a team of over a dozen people.

My dream was to hold an event that would bring the ecstatic, participatory, and alchemical transformative style of personal and spiritual work as well as leadership and community building to the St. Louis metaphysical/Pagan/alternative spirituality community.

I had personally invested hundreds of hours in reaching for this dream.

The day before the event, an ice storm hit our region of the Midwest. The night before the event, half of our facilitators contacted us, trying to drive to the event and unable to get there, or having found out that their flights were cancelled.

As I facilitated the meeting in which the planning team agreed to cancel the event, I felt like I was midwifing a stillborn baby. We had fuelled the fire of this dream with our life-force. My dream was dying, unfulfilled.

Each time my heart has been broken, I’ve been left afraid to reach again. Sometimes when I’ve wanted to reach for something, like a romantic relationship, I’ve been so afraid of being turned down that I failed to act, failed to take any step to manifest my desires.

Other times the failure to achieve a goal, or the accidental or intentional destruction of one of my projects, has left me depressed. Sometimes the death of a dream has left my heart frozen over, unable to feel, desire, or reach for anything. I have wondered, in those moments, “Will I ever be happy again?”

I once dreamed of a ritual that took place at Diana’s Grove, the retreat center and mystery school where I learned leadership and ritual arts skills.

During the dream:
Each participant processed across a field in the twilight to a house, a cabin. Inside, a staff member that I knew had taken on the ritual role of a cross between Hades and Baba Yaga; he had a terrifying mask on and an old ragged shawl so he looked like an old woman. He was embodying this archetype, and at a certain point the dream shifted and he became the archetype, the terrifying challenger and guardian of the gates of the Underworld.

I felt drugged, and it seemed to me that each of us had taken some disorienting drug. The inside of the cabin was hung with black cloth, almost like a haunted house. I was pulled forward and my vertigo got too intense, and I found myself sitting on a spinning chair.

I was terrified. Hades/Baba Yaga asked me, “Which do you choose? Happiness? Or Yearning?”

I wanted more time to weigh the possibilities, but my answer was clear. The happiness he mentioned seemed stagnant—settling instead of reaching for the larger things. Yearning was risk, but the reaching was what brought me bliss.

I said, “Yearning,” and Hades searched through a jewelry rack of identical pins, glass hearts of many colors. He then gave me a bright red glass red heart. I held it and stumbled out the back of the cabin where others who had been through this same process were sitting on the floor, weeping, holding whatever they’d been given.

The mystery of yearning is that I’m happiest when I’m striving. When I’m at a standstill, the landscape of my life feels like a flat wasteland. My soul begins to wither.

Yearning, reaching, is the key to my own bliss.

“We can see this in the very shape most often assumed by the Grail, that of a Chalice. The upper portion is open to receive the down-pouring of blessings of the spiritual realm: the lower half, stem and base, form an upward pointing triangle that represents our own aspirations. In the centre the two meet and are fused….”

–John Matthews, Introduction to Sources of the Grail

What ignites you? What lights you up? How do you feel when you are passionate about a dream?

For Jennet, it was the scent of roses. For me, it’s the impossible. Passion lights in my heart with a blaze when a huge, improbable project comes across my desk. Particularly the words, “that’s impossible,” inspire a very visceral reaction somewhere between my heart and my gut.

When I’m lit up by a vision of what could be, when I’m craning with my whole body to reach and pull that dream from between the worlds, I feel like I have wings. When I’m fortunate, that fire inside my heart inspires others to reach with me for that dream, or to reach for their own

And sometimes when I reach, I will fail and I will fall. Desire does not always mean pain, but desire is bittersweet with risk.

Your Dream Needs You

The story of Tam Lin reminds me that my dream may be aching for me even as I desire it … that the dream, the unmanifested potential of spiritual energy, cannot pull itself into the world without me. That only I can reach, and bring the dream into being.

The inherent risk of desire is that I might not attain what I’m reaching for … that I might fall in love with a dream and never be able to achieve it. At times my heart has been broken and I swore to close myself off to passion rather than to risk the pain of disappointment.

And no matter how many times I have seen a dream die, I know that desire will spark in my heart again. I will again be lit up by a vision. Reaching for the impossible is my bliss. Reaching—even when the outcome is uncertain and all my strength, talents, and soul will be required to achieve the dream—reaching is bliss.

Healing from the death of a dream can take time, and in the aftermath of canceling the Reach for the Flame, conference, I was tired for a long time. Recovery was slow. My small group of community organizers was able to reschedule the ritual part of the event and recover our financial losses. And later, we rescheduled an event with a more modest scope. I went on to plan other events. Life moved on, and I reached again.

But in those moments, I didn’t know that. All I knew was hope. I knew that soon, my passion would re-awaken.

I know that no matter what happens to me, I will eventually smell that scent of roses, and my soul will re-ignite. I might stay for a time in that stillness, waiting for that impossible scent again. Until the moment I catch the scent on the wind.

What do you reach for?

First published in Between the Worlds, July 2007

Image above courtesy of the author. 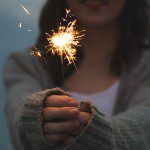 June 30, 2015 Irish-American Witchcraft: Honoring the Liminal Gods
Recent Comments
0 | Leave a Comment
Browse Our Archives
get the latest from
Agora
Sign up for our newsletter
POPULAR AT PATHEOS Pagan
1

Please Internet Giants, Stop Painstakingly Curating My Life!
I’m tired of Facebook and Google curating my day for me. Internet...