Irish-American Witchcraft: Midsummer – Honoring Áine and the Other Crowd

Midsummer is fast approaching and it seems, if you’ll pardon the pun, timely to discuss my Midsummer traditions and practices. In my family you see we have a long standing tradition of honoring Áine* at this time of year and she is certainly worth sharing to those who don’t already know her. Her mythology is complex and sometimes contradictory, her stories both tragic and triumphant. We also honor the Good Neighbors at this time, which works well because of Áine’s intrinsic ties to the fairy folk.

Áine is a complex figure whose hill – Cnoc Áine – saw torch lit processions on midsummer in her honor to bring blessings on the fields. One of her by-names is Áine na gClair, Áine of the wisps, because of the straw torches use in the midsummer processions. She is also associated with Lúnasa, or more precisely the Sunday before Lúnasa, when she is the consort of Crom Cruach and appears as a fierce and dangerous figure. This may seem like a contradiction, that the goddess who blesses the fields one month threatens them the next, but at least to some Áine is the goddess of the summer sun who ripens the harvest but also brings the dangerous late summer heat. Several scholars make this connection, including MacKillop and Monaghan, who suggest that while Áine is associated with the summer sun her sister Grian is associated with the winter sun. This view is held in the  Irish-American Witchcraft I practice where each sister is celebrated on the appropriate holiday.

Áine is many things; goddess, fairy queen, perhaps even mortal girl. As a goddess, she may, some say, be the daughter of the sea god Manannan mac Lir, and have helped to ensure victory to her male relations when they sought to conquer the area in which her hill is found. As a fairy queen, she was the daughter of the king of Cnoc Aine; one Samhain her father was killed and she was raped by Ailill Aolum and she maimed him in return, removing his ear and rendering him unfit to rule. In this she may well have been acting as a sovereignty goddess who was removing an unworthy king who tried to take sovereignty by force, the line between goddess and fairy queen being a blurry one at best. We see this theme with later in her interactions with the Earl of Desmond who it’s said she bore a son to, sealing his right to rule; she is said to be the ancestor of both the Fitzgerald and the Eóganachta families. In later stories they say she was a mortal girl who was taken by the fairies into the hill, and the torch lit procession every midsummer was in her honor, rather than the goddess’s.

On midsummer we honor Áine, as the spirit connected to the summer sun, the Lady who ripens our fruit for Lúnasa, who blesses our home with abundance. We offer her milk and baked goods, usually cake, given in a ritual in her honor. The cake is vanilla with vanilla frosting and is decorated with a sun-symbol design; we cut a huge slice as an offering for Áine and the rest is shared among the family members after ritual. We light bundles of dried herbs which we carry around the boundary of our property three times to sain it; this is our equivalent of the straw-torch processions, and holding with tradition we always walk deiseal, clockwise, around the space.

For my family honoring the Fair Folk is just as important – in some ways perhaps more so – than honoring the Gods and this is especially true on certain holidays when they are said to be more active. Bealtaine and Samhain, midsummer and midwinter, in particular are liminal times when the fairy folk are more present and more likely to be encountered than other times. My children and I bake a second special cake and decorate it with triple spirals. This cake, unlike the other, is given entirely to the Other Crowd, left out at the roots of our fairy tree – a lone Hawthorn which sits on our property. This offering is a way to maintain a reciprocal relationship with the Otherworld and its inhabitants, by giving back to them a portion of our own sustenance.

All of this is done in a somewhat informal ritual. There is no circle casting, but the act of circling the yard three times with the saining fire creates our sacred space. We invite in the Powers we are honoring, Áine, the liminal Gods of the season, the goodly inclined spirits and of course our ancestors who would like to join us. We sing any and every song we can think of that fits the occasion. We tell stories, from myth and history and our own lives, weaving them all together into one strong thread. We eat cake and share the efforts of our baking with all the Powers and spirits – the Déithe and an-déithe – who are present with us. We pour out milk onto the earth and leave some in a bowl as an offering. And, usually about the same time the sun finally sets and the fireflies begin to appear twinkling in the hazy darkness, we give our thanks** to the gathered Powers and go back in the house.

Midsummer is a fun holiday, one that we all look forward to. The children enjoy walking the boundary of the property with the blessing fire and making – and eating! – the cake. I enjoy the ritual, the singing, and the feeling of connection to the spirits. Where we live midsummer marks the beginning of the real heat of summer as we move into the ripening weather of July and August, so it is an excellent time to honor Áine, who is so strongly connected to the summer sun. As we go back into the house on midsummer night there is always a feeling of joy and peace that is unique to this holiday.

*Pronounced Awn-yuh
**I actually have a strong prohibition against saying thank you to the Fey folk so to them we merely wish for friendship and peace to be between us. 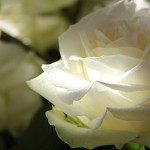 June 15, 2015
Seeking the Grail: The Heaviness - Rites of Passage
Next Post 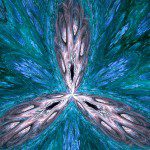 June 17, 2015 Dandelion Seeds: Finding an Ancient Earth Mother
Recent Comments
0 | Leave a Comment
"I think its awesome youre a Buddhist and a Pagan. Namaste! I became a Pagan ..."
Brianna LaPoint Salt City Pagan: Why I Choose ..."
"Energy cannot be created (what is having children then?) nor destroyed. I think that this ..."
Brianna LaPoint Salt City Pagan: Why I Choose ..."
"Just a quick note to say that I very much appreciate your melding of science ..."
Katherine Osburn Salt City Pagan: Expanding on Disbelief
"I'm a lone practitioner whose life revolves around planting and gathering. This of necessity makes ..."
Michel Simple Witchery: Wildcrafting In The Northern ..."
Browse Our Archives
get the latest from
Agora
Sign up for our newsletter
POPULAR AT PATHEOS Pagan
1