I had a hard time reading Celebrating Wildness, mostly because I kept being swept up in the exquisite and often deliberately mind-boggling art. But don’t be fooled: this is not merely a Pagan coffee-table book. The text is deep, rich, and every bit as beautiful and complex as the art.

Celebrating Wildness is Jo Carson’s explication of and paean to the Feraferian Tradition, founded by Fred Adams and Lady Svetlana over 50 years ago. They became much admired and influential elders in the Southern California metaphysical community among both Wiccans and Ceremonialists, numbering both Ed Fitch and Poke Runyon among their friends and sometimes-collaborators. When people wonder aloud how the Wicca of Southern California became so much more nature-oriented and wild than the British traditions from which it arose the one factor they don’t take into account, but should, is Feraferia.

Feraferia – a word Fred Adams coined from Greek roots meaning “wilderness festival” – is a Pagan tradition unlike any other. Based on Fred’s visions of the Divine Feminine, the sacredness of eros and the potential for intentional communities that truly do no harm to anything, it also draws upon themes familiar to Wiccans such as sacred landscapes, prehistoric beliefs, and the Faerie Faith. As Wicca itself once did, it harks back to Minoan Crete in a much-romanticized way. But then, you could say that all of Feraferia is a romanticized view of Nature and our place in it.

The romanticization of Nature has been going on among poets and visionaries for a good four hundred years, longer if you count late-Roman art with its nymphs and fauns in idealized landscapes. The difference between most nature romantics and Fred Adams is that Fred had a Plan. Fred intended that Feraferia should lead the world into a paradisal future in which freedom, eros and play are the core values, where that built by human hands merges seamlessly into the Wild, and the Fae romp among us. Some of the illustrations are reproductions of Fred’s architectonic designs for the sacred landscape he envisioned. Jo Carson and others of Fred and Svetlana’s followers, along with newer members of the Tradition, continue to honor and pursue the vision.

But in an effort to express the Feraferian vision in words, Fred and his followers developed a sacred language. Not an invented language like Klingon or Esperanto, but a way of using existing language from ancient Greek to modern English in a sacral manner. For instance they often use a term like “Land Sky Love Body” where others might say ‘landscape’ or ‘ecosystem.’ Until you get comfortable with it, reading anything in the Feraferian canon can be frustrating, and Celebrating Wildness is no exception. We tend to assume anything this jargon-heavy is just New Age gobbledy-gook, but Fred spoke and wrote this way by necessity: There is simply no better way to express the incredibly nuanced and multi-layered concepts he was – and now Jo is – trying to get across.

After the usual prefaces and such, Celebrating Wildness is divided into four parts:

If I have any issues with this book, they are few and picayune: as a former copy editor I noticed a few annoying typos, and while the white-on-black pages are striking they’re hard on my elderly eyes and show every finger mark.

Celebrating Wildness is a unique, exquisite, and profound book. It created in me a sort of homesickness, a wistfulness for the idealist I was – we all were – back when we and the world and the Magic were all young and fresh. Though it’s a short book at only 115 art-laden pages, don’t expect to read it quickly; take your time and let it sink into your subconscious. What bobs to the surface will be wondrous.

[Editor’s Note:  Celebrating Wildness is available for $45 from feraferia.com] 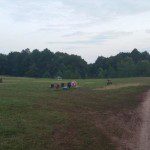 July 17, 2015
Adventures in Wortcunning: A Starwood Experience
Next Post 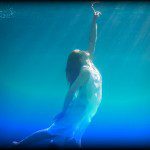 July 20, 2015 Seeking the Grail: Beneath the Surface of Faith
Recent Comments
0 | Leave a Comment
Browse Our Archives
Related posts from Agora