My sister and I are spending the weekend at our summer house on the West coast in Denmark. We dip ourselves in the Atlantic Ocean, go for walks with the she-goddess dog Frigg, and tell stories. With and without the cards. Some of our stories revolve around our dead parents, distant ancestors, and inheritance. What power did we get? What weakness? Do we keep secrets? And if we do, how do we let others know about it? For indeed, what’s the use of keeping a secret if, secretly, we don’t suggest to others that we do have one, if not to reveal then at least tell? We both have a knack for psychology – more of the bent kind than the consecrated type, even though sister dearest is a trained, clinical psychologist working for the hospital, whereas I merely flirt with Freud and Lacan in writing. But as we like surprises, we often use the cards to take a reality check and look at the visual stories the cards tell as they reveal the secrets of our blind spots.

On a few occasions now I have told others about the circumstance of my mother’s death – an odd occurrence – but today we armed ourselves with a pack of cards to test what others have been saying about our mental and physical inheritance.

When mother died in Romania in 1998, she made my sister promise that before she got buried she’d have an autopsy. As it turned out, according to the doctors, this wasn’t necessary. However, as my sister took care of everything – I only made it to Arad when she told me that mother was not going to live more than a few days longer – she was adamant about fulfilling mother’s wish. But the doctors were also adamant. Autopsy was not necessary, they insisted. So what could a smart woman like my sister do? She arranged it with the undertaker that she had to be present when he came to do the embalming – mother had insisted on dying in her own bed, so the whole formalin affair had to take place in the bedroom. Dictum, factum. After three hours with the corpse and an efficient undertaker, my sister came out of the room (I wasn’t really interested in participating, even though I was offered the opportunity). Her face was pallid. So I asked her: ‘How was it?’ The only thing she said was this:

‘If anyone needs their mother embalmed, cut up to pieces and all that, they can call me. I’m ready to do a high quality job.’

I believed her. And I think that mother would also have been pleased with the compromise solution. Of course, later she told me that she actually had a bit of a problem sleeping the following month, as images of body parts kept interfering with her otherwise unified and whole peace of mind. But it was only for a while.

Since then, people in their eighties who know my family, have been telling us that the women in our family have an amazingly strong psyche. My usual response to this is to say that while I don’t think that this psyche is any stronger than the average, every time I get together with my sister something shifts. For fun and wisdom I made my sister submit to a personality test with the cards – again.

Although I don’t have the habit of locking cards in a certain position, and hence go the pedestrian and rather reductive way of assigning value to these positions according to the narrative that may go like this: ‘This card is you, this card is against you, this card is the advice, and this one the outcome’, I have a classical 4-card positional spread that I find revealing, which she also likes a lot.

When we get together with friends, sometimes I suggest that someone has their personality tested, though I always warn about the potential nastiness that can ensue from having to admit to a truth that some may like to keep a secret. We follow 4 cards in these positions, read from left to right:

CARD 1 tells us something about what the person submitting to the test knows about herself. This is, however, something that others also know, and therefore the conscious level of the person’s expression of the self.

CARD 2  discloses what rules the personality from the inside. This is the unconscious level of the person’s self. In other words, this card indicates something that the person herself has no clue about. Nor does anybody else suspect that this is a strong force ruling the person from the inside, exceeding her conscious control.

CARD 3  tells us something about a personality trait that the person is conscious of possessing, but would not like for others to know about. Often this is a nasty card, so I warn anyone out there trying this one out in public that this card may reveal some knowledge that can be disturbing, embarrassing, or surprising.

CARD 4  tells us something about the person’s blind spot. This card reveals what others know about the person we read the cards for, while the person has no idea. In other words, while it is plain to everyone in the person’s circle that the person may exhibit certain traits: good, bad, generous, sarcastic, cynical, and so on, the person herself will be in denial of any such manifestation. This is an equally as potentially nasty card as the one above.

In short, while the mechanics of this spread is simple, the implicit suggestion is that we heed attention to how we act in the world and on what premise. How often do we pose these questions to ourselves, related to what we know and what we don’t, but we would like to know? What do I know about myself that others also know? What is hidden? What do I know about myself, but would rather keep a secret? What do others know about me, which I, however, am unable to recognize?

Here’s a concrete example based on the following cards: The Devil, The High Priestess, The Sun, The Pope – with thanks to my sister for allowing me to display her here in this form:

What she knows about herself that others also acknowledge is that she is the Devil incarnate. She can bind and manipulate. She can channel underground forces. She works with and on the psyche and knows the attractive power of unconscious desire. In the context above, her almost acting as a psychopomp for our mother may well be a manifestation of the Devil in her.

What rules her from the inside is a form of quiet wisdom. She is learned and schooled, and full of discrete understanding of what is. My sister is not aware of this power she possesses, nor does anyone in our family circle know this about her. If discretion is deeply seated in the psyche, then it’s no wonder that it will not manifest to anyone. This card is a good surprise, as this indicates that whatever choices my sister makes, they will be the right ones. It’s quite reassuring to have the archetype of the priestess populating your unconscious. Not the worst that can happen to you.

The next card was a surprise. I asked my sister: ‘If you know you’re like the big Sun in the sky, full of clarity and optimism and the power to share your knowledge with others, why keep that as a secret?’ She said: ‘Perhaps because of the Devil. I may sense, or downright project that others think of me as the Devil, and I choose to act that part, saying in defense: ‘If you think I’m the Devil, or you want to see the Devil, then here’s the Devil. Welcome to some bondage.’

I assured her that I found her work with the underworld beautiful, and that for all I cared she could just carry on. ‘I have my own ways of dealing with Devil,’ I told her when I sensed her anxiety, and then we both reflected on the possibility of others seeing her as the Devil who may not know how to deal with the Devil. ‘Lord have mercy on their souls’, we said almost at unison, and we moved on to looking at her blind spot, The Pope.

‘Oh, the lower rank Devil’, we both said, looking at the numerical value of the cards, as we go from 15 to 5. A whole decan of separation. ‘You preach too much,’ I said to her, and pointed to how she may be unable to distinguish between giving advice and being righteous. Unless, of course, she is the born teacher who underestimates her counseling powers. There is a reason why we call this card, ‘the blind spot’. We both liked the mirroring of imps and disciples in the first and the last card. From keeping the bonded imps in check with the help of the priestess, through the real, yet secret work of casting light on everything, my sister is a good one to know. We nodded and nobody cried this time around.

It goes to show: While the cards have the potential to disclose all sorts of secrets, they also call us to heed attention. But above all, the cards teach us something about courage. The courage of looking inside us and beyond, and all the way to the point of action, and beyond.

The Cartomancer is published on the second and fourth Wednesdays of a month.  Subscribe via RSS or e-mail! Please use the links to the right to keep on top of activities here on the Agora as well as across the entire Patheos Pagan channel. 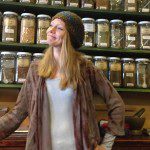 August 25, 2015
Witch on Fire: She Who is Without Oddness, Cast the First Stone
Next Post 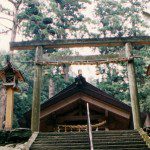 August 27, 2015 The Lady's Quill: Walls and Doors
Recent Comments
0 | Leave a Comment
Browse Our Archives
get the latest from
Agora
Sign up for our newsletter
Related posts from Agora